It’s kind of a neat idea, though I do wonder about the “street wisdom” of having a bunch of people walking around while also trying to pay attention to a zoom call. 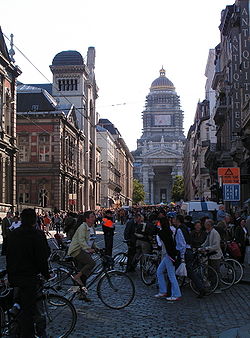 World Car Free Day, which is celebrated on September 22, encourages motorists to give up their cars for a day. Organized events are held in some cities and countries. The events, which vary by location, give motorists and commuters an idea of their locality with fewer cars. While projects along these lines had taken place from time to time on an ad hoc basis starting with the 1973 oil crisis, it was only in October 1994 that a structured call for such projects was issued in a keynote speech by E...