Who will be fighting it?

The elite Meal Team 6 of the Gravy Seals, no doubt.

Well, I know a lot of veterans from the 2nd Cavalry Regiment who are liberals, and a lot of weekend warriors who are MAGAts. My experience is that the MAGAts are louder, have no discipline, and most of all don’t really look out for each other.

Even my liberal friends who have no military background have that advantage, that they work together, and they aren’t loud whiners like my red acquaintances are. They won’t be pushovers.

But really, I don’t think it will erupt into violence like a lot of bullies hope. Rather, as we saw on January 6th when the cops actually do use lethal force, it shocks them. It’s easy to cheer on the horde, but the sudden realization that the horde is cannon fodder is not something they honestly thought about.

Yes. If there’s a civil war it will be very different from what the fascist clowns expect. No state-vs-state, no neo-Confederacy. More a Syrian-style conflict in the periphery/Ameristan combined with right-wing terrorist attacks on the big cities. No flags, no medals, certainly no glory.

I was just about to ask- I’m curious to hear Americans’ thoughts on what a “civil war” would look like today. Obviously there’s no geographic divisions, so I was thinking along the lines of the Irish Troubles or Syria.

It also feels a little one-sided though. The people who want to start shooting do not generally have any backing from institutions like the FBI or the military. Local law enforcement, sure, but that’s it. That suggests it would be more like an uprising or frequent random terrorist attacks.

Yes, the Troubles is another probable analogue.

A lot depends on what happens in a couple of weeks and then in 2024. If the fascists are able to successfully seize all three branches of the federal government and then start consolidating power, you may see sane states like CA and NY refusing to comply with whatever Xtianist or bigoted laws they’ll try to force down everyone’s throats. That will naturally lead to separatist sentiment and a lot of internal conflict.

If they fascists don’t win, it will be more the Syrian civil war/Troubles scenario as right-wingers start engaging in terrorism and local separatism. Either way it will be a mess and either way the clowns Jordan Klepper interviews won’t last very long.

This is why we have to keep working toward preserving liberal democracy and can’t just accept that some sort of civil war is inevitable.

I’m curious to hear Americans’ thoughts on what a “civil war” would look like today.

A whole bunch of McVeigh’s blowing themselves and our children up.

If there are enough social media assertions that a civil war is coming!, if the media is constantly telling us a civil war is coming!!, if enough books are published about “The Coming Civil War!!!” would that not have the effect of getting gun owners and other twitchy folks to start reacting violently to otherwise non-violent, albeit perhaps shout-y stimulus? (From the department of self fulfilling prophecies)

Predicting versus unwitting cajoling has developed a narrow gap thanks to social media, sez i

This is why we have to keep working toward preserving liberal democracy and can’t just accept that some sort of civil war is inevitable.

So much this. Like inflation or recessions, civil war is to some degree a self-fulfilling prophecy. If people become too convinced it’s inevitable, it becomes inevitable. Anything we can do to prevent that notion from getting lodged in peoples’ heads is worth doing.

Canada is obviously very concerned about this also. Any trouble in the US is very very bad for us as well. We are BFFs in trade and security and what’s bad for one is bad for the other in countless ways. Sadly, the Canadian government has started preparing for this unlikely issue. To be clear (as covered in depth in this podcast) all the experts still think this scenario is extremely unlikely. The US has been this divided many times before and come back just fine. 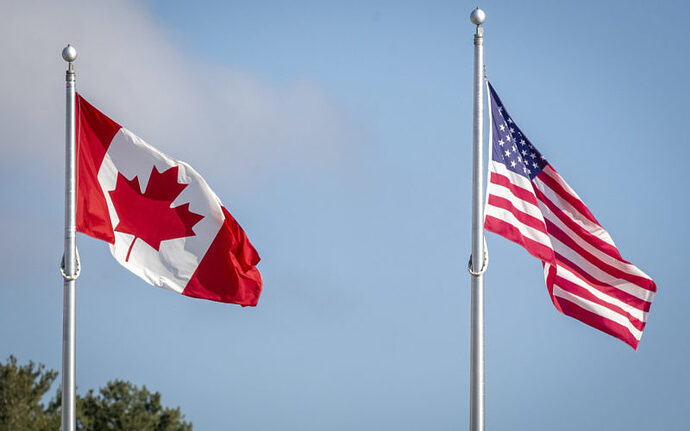 Is Canada preparing for an authoritarian United States?

Ever since Canada became a nation, we’ve been secretly worried about our friends to the south, just as we have been publicly supportive. Recent events in the United States have only exacerbated those concerns. So what do experts think Canada should...

This, plus people with way too much ammo attempting mass shootings at FBI, NSA and suspect pizza parlors. Which, as I reflect, may not look different than what we see today, except there’d be more of them.

Obviously not a bunch of regiments from different states fighting. So something more like the Troubles or the breakup of Yugoslavia. Or possibly the high endemic levels of violence in South Africa. We could see higher levels of crime, terrorism, riots, and assassinations. But it is likely to be a kind of slow boil. No real Ft Sumter, but in hindsight, Jan 6 might look like bloody Kansas.

It also feels a little one-sided though. […] it would be more like an uprising or frequent random terrorist attacks.

Which unfortunately fits their cause just fine because it’s a lot easier to slaughter people and break things than to assemble and maintain an effective system of government.

Militia wing nuts used to always talk about the sanctity of the constitution, but if they won a civil war do you really think anyone would still have the basic rights of free speech or freedom of assembly, let alone religion or a fair trial?

If you’ve already had a huge bloodbath, whats the problem with a few more executions, particularly if you already know they sided with “the enemy.”

And eventually “the enemy” becomes anyone who disagrees with the new order, including dissenters on your own side.

Militia wing nuts used to always talk about the sanctity of the constitution, but if they won a civil war do you really think anyone would still have the basic rights of free speech or freedom of assembly, let alone religion or a fair trial?

One of the ridiculous premises behind their interpretation of the Second Amendment is that the Founders wanted to make sure the people had the means to overthrow their own government. Which is kind of ridiculous because anyone who seeks to overthrow the government isn’t going to pay much attention to what is or is not legal anyway.

Rep. Jamie Raskin, who is a constitutional scholar, keeps debunking this stupid point that they keep trying to make. They just have a grade school grasp of what the constitution actually says and means…

It also feels a little one-sided though. The people who want to start shooting do not generally have any backing from institutions like the FBI or the military. Local law enforcement, sure, but that’s it. That suggests it would be more like an uprising or frequent random terrorist attacks.

I think it would look a lot like the Civil Rights era. Lots of very local, horrible-but-personal violence; often backed or tolerated by local law enforcement; countered by regional and federal authorities. I don’t think there will be much “factional” violence. So less like The Troubles and more like Selma and Birmingham, but not directly along racial lines.

I also think that even the batshit asshole state leaders like Abbott and Desantis will end up (grudgingly) coming down against the MAGAts who commit violence, even in their name. Even the chucklehead pols depend upon the rule of law too much for their own power and position to let things degenerate to widespread violence. And, ultimately, their corporate overlords will jerk the chain hard before then. Civil war is bad for business.

So less like The Troubles and more like Selma and Birmingham, but not directly along racial lines.

I think that since that period, given the spread of ideas about terrorism since the 60s, they’ll more likely start to embrace tactics like those used by Islamic State, the IRA, or whoever…

Civil war is bad for business.

I think that depends on what business you happen to be in… There is of course, current shift in thinking from the old Cold War era mindset about ensuring stability so the markets can function, to embracing chaos, to more easily strip away resources from a community.

I think we pretty much have to understand that any methods used overseas by either governments or various groups, can and will be used here if there are people with the determination to do it. I don’t think anything should be ruled out.

Civil war is bad for business. 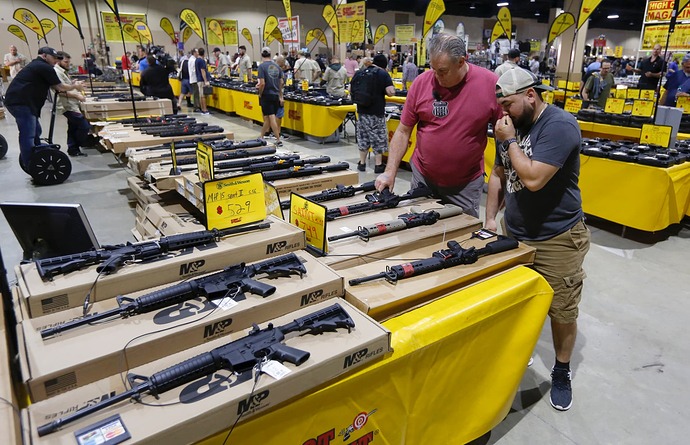 That’s the obvious industry of course, but I’d argue that all sorts of businesses thrive on that chaos… just look at how technology companies are thriving in the current era for example.