That’s investing. Sometimes… most times it doesn’t work out. 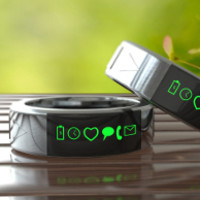 Smarty Ring to control your Smart phone. Forget tapping phone screen, get instant alerts right on your finger.Be part of the tech revolution. | Check out 'Smarty Ring' on Indiegogo.

These comments are a great reason to remember that Kickstarter is not a magical “early bird” shop for amazing, futuristic products. Even though that’s the way so many people treat it.

If you’re kickstarting a physical product, it carries a risk. The risk is reduced (slightly) if they have a final, real world working product.

People may be right to be upset, but talking about lawsuits is absurd. Don’t back anything on Kickstarter if you can’t afford to lose the money.

…In other news, the article didn’t link to the Ring, so I had to find it. Good Lord there are a lot of attempts at this coming (or not). The Nod, The Fin, The Smarty Ring, The Unnamed.

One day, advances in electronics and battery sizes may make this happen. Right now, these all look like they’d be crap.

Heh. I usually figure Kickstarter is like being an Angel investor. You expect to lose money much of the time, and win big only sometimes.

His “not worth [n] dollars” rant sounds awfully entitled.

I’m not really clear why somebody would expect an electronic wireless ring to be smaller than it is. It’s a lot smaller than I expected. Heck, it’s better than the virtual-boy, nu?

I have worked in engineering and software development for many years. Even experienced, solid companies have a hard time getting new technology to work well.

It was sad to see the software was so poor, but it does not surprise me as most software is not designed with a user experience in mind.

I explored a number of cutting edge gesture programs and cameras at my last company and all of them were extremely hinky feeling.

Speaking of a software that was not designed with a user in mind - I played with one where the user started it up by making a circle with thumb and forefinger, then navigated the menus by moving that circle up and down, so that it had the appearance that you were making the “jack off” motion as you operated the equipment.

1 To me it looks only a little bigger than the one in the promo video, so I don’t see how one could expect it to be anything but terribly uncomfortable.

2 Gesture control just barely works even when the device is allowed to be as big as a banana, so of course it doesn’t work well as a ring.

4 iOS, I believe, doesn’t allow the kind of integration that would be needed for something like this. Android mostly does, but almost nobody uses it because of 2.

I had the impression that ring-like replacements for mice and desktop pointing devices in general have never taken off largely because of ergonomic concerns, i.e. it gets uncomfortable to keep pointing at your screen. Do those not work very well either?

This inspired me to check up on how a keyboard I saw on Kickstarter years ago (and decided not to back) went.

Can’t see the updates, but going by the titles, seems that “not well” would be an understatement.

software and hardware that work like an Apple product are nearly impossible.

Hardly, Apple themselves buy most of their great ideas and implementations from other small companies. But, to get that seamless user experience, they lock things down to work in only Apple-centric - and frequently undocumented - ways. This has always been the case on Macs, and is worse with iOS.

software and hardware that works with Apple products are unnecessarily difficult.

Right-o. My old company had one released “touchless touch screen”. This was similar to a normal touch screen, but the “touch surface” was about one inch away from the actual screen.

I believe we had exactly one customer who believed the value of keeping sterile (used in an operating room) outweighed the extremely weird experience of sticking just one finger into the line of sight of the cameras, never pushing that finger too far in toward the screen, and being very exact on where to place that finger.

I played around with some really sophisticated gesture systems and while they were all cool, none were comfortable to use.

I always felt the ones where the screen was flat like a table made a lot more sense for gesture control than working with a normal monitor. You can stand over it and it’s a lot less awkward of a movement.

In a short time though gesture WILL be here and the company that nails this will make a ton because this IS the future tech that a lot of people are trying to make work.

An example of the other extreme…
Teensy 3.0 - 32 bit ARM Cortex-M4, usable in Arduino and C

Space X is also a disaster. They didn’t land on Mars with their first vehicle.

… I guess I’m just a little surprised that anyone thought that any company could make The Ring (as promised) happen with only $1M Kickstarter backing it (I’m assuming that there weren’t significant additional investors).

I mean, if Apple or Samsung wanted to bring a product like this to market, how many millions would they be spending in research and development? Apple’s cap-ex spending last year was what, pushing $10B?

If the product looks like a clunky early prototype… well, that’s what it is.

Also, was it not obvious that it was huge, clunky, and ugly from the Kickstarter vid?

This type of gesture controls have a series of conceptual problems. For one, users might think that they are performing a correct motion, but doing a consistent motion by waving your hand or finger in thin air, without support and physical resistance of surface is extremely hard. In designing such control devices, there is a notion of passive force feedback. This is the sense of your fingers pressing a physical key on a real keyboard, or sense of resistance as your pen slides over paper. This is why writing with a ball pen feels different than pencil, or why virtual keyboard on touch screen feels different than physical one. Air waving gestures have none of this.

Plus system will have a hard time telling when gesture starts and when it ends. Sure you press a button to indicate the start, but inadvertently you are sure to make a small motion before the actual gesture. This makes recognition even harder.

Furthermore, gesture needs to be completed for system to be able to tell it apart from other similar gestures. This feels glitchy, as we would expect that something should start happening immediately as we start the gesture.

Perhaps y’all would like in on the ground floor of my genetically engineered input device? 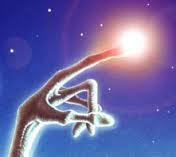 Apple is one of only a handful of companies in the world who can afford to produce or procure these great ideas, let alone implement them at scale and sell them successfully.
Hence: nearly impossible.

ambiguator:
software and hardware that works with Apple products are unnecessarily difficult.

Absolutely agree, but tangential to what I was trying to say.