Ah, but can it register 1% worldline divergence? 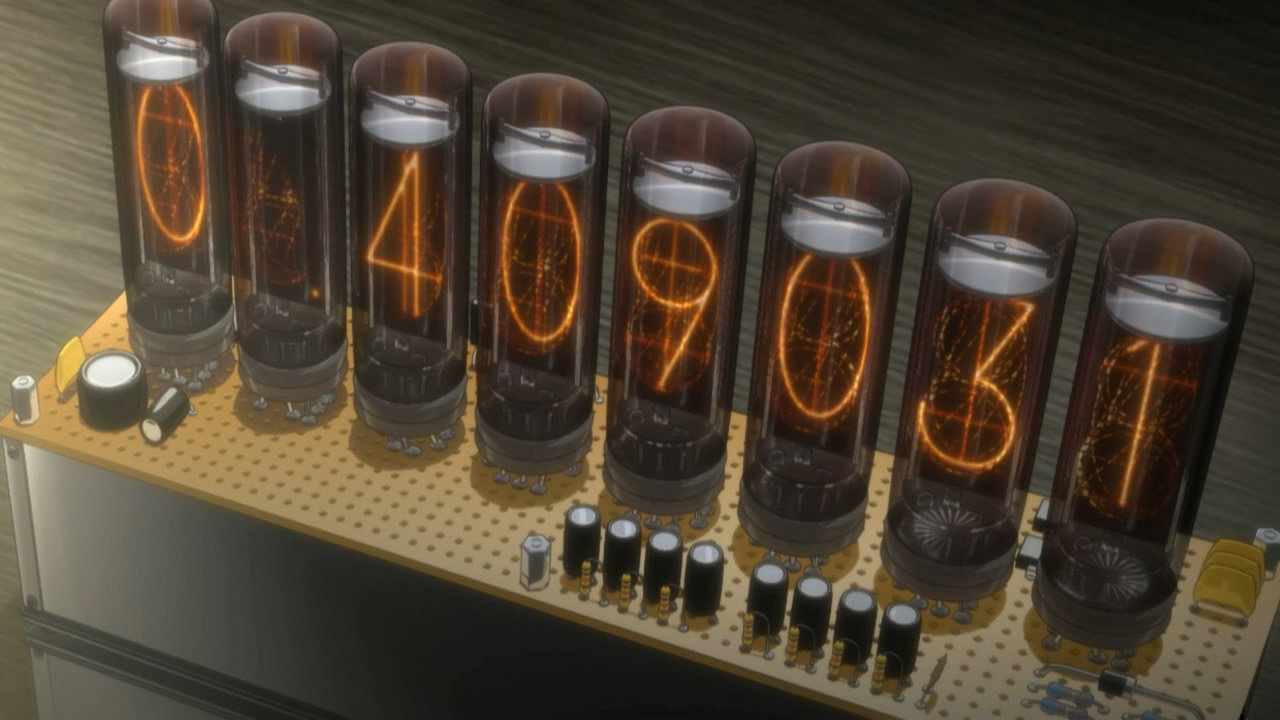 The Divergence Meter is a device brought back from 2036 by Suzuha, invented by the future Okabe for his own personal use. It is a modified Nixie tube clock that uses an unknown method to determine the "Divergence Value" of the current world line in...

Way to run with the info here:

while significantly worsening the design and charging a fortune !

I used to make circuit boards for building your own Nixie clock, back in the good old days.There are several folks who do that now. There are also people who build clocks for sale. The Google group neonixie has a lot of Nixie clock makers. Try there.

If Onion did a parody of BoingBoing this would be the headline.

Look at that banana-shaped steampunk Nixie clock tubeway map. Just look at it.

The Kickstarter I would fund would be a production run of Nixie tubes cheaper than what’s out there now. Especially if one of the funding levels was a minimalist, classy-looking clock that included them.

I just can’t stop seeing the electric guitar jacks that look like they came off a Fender Stratocaster. I know a lot of steampunk style is decorative and non-functional, but those metal cables are just too silly.