It’s about time. Now if someone would just make the movie. This story has been crying out for a big-screen treatment FOREVER.

Unfortunately the only on-screen version of him I know of is from Santa Fe Trail with Errol Flynn and Ronald Reagan. Santa Fe Trail is a 1940 American western film directed by Michael Curtiz and starring Errol Flynn, Olivia de Havilland, Raymond Massey, Ronald Reagan and Alan Hale. Written by Robert Buckner, the film is about the abolitionist John Brown and his campaign against slavery prior to the American Civil War. In a subplot, J. E. B. Stuart and George Armstrong Custer compete for the hand of Kit Carson Holliday. The film was one of the top-grossing films of the year, and the seventh Flynn–de Havilland co...

Didn’t know about that one, thanks! But yeah, probably not the most insightful take on the subject…

Didn’t know about that one, thanks! But yeah, probably not the most insightful take on the subject…

“Insightful” is probably not the right word, but for well-researched and entertaining…

As soon as I saw “John Brown”, I started wondering if there were any posts from Flashman fans. Probably just as well that you didn’t try to convey the essence of Flash Harry’s character…

I will second this… The adventures of Flashman are quite entertaining. He is a complete and total coward and asshole but totally a great read.

Almost all of my knowledge of 18th/19th century history came from the combination of Flashman, Aubrey/Maturin and Sharpe’s Rifles.

I absolutely adore the Flashman series. George MacDonald Frasier wrote such enjoyable novels. The big regret is there was only one film ever based on them, Royal Flash with Malcolm McDowell. It wasn’t a bad rendition, but it was not the best choice of novels to adapt. Royal Flash is a 1975 film based on George MacDonald Fraser's second Flashman novel, Royal Flash. It stars Malcolm McDowell as Flashman. Additionally, Oliver Reed appeared in the role of Otto von Bismarck, Alan Bates as Rudi von Sternberg, and Florinda Bolkan played Lola Montez. Fraser wrote the screenplay and the film was directed by Richard Lester. Though it received good reviews for its performances and action scenes, Royal Flash only had a limited release in cinemas.

For any fans of the Frasier’s books, I suggest his WWII memoirs, “Quartered Safe Out Here”. Probably the most accessible and readable accounts of the Burma campaign out there.

Quartered Safe Out Here: A Recollection of the War in Burma is a military memoir of World War II written by the author of The Flashman Papers series of novels George MacDonald Fraser that was first published in 1993. It describes in graphic and memorable detail Fraser's experiences as a 19-year-old private in The Border Regiment fighting with the British 14th Army against the Imperial Japanese Army during the latter stages of the Burma Campaign in late 1944 and 1945. This included his participati...

I’m just starting on my fourth time through the Aubrey/Maturin novels. So happy! ½ book down, 19½ (plus a fragment) to go…

I’m just starting on my fourth time through the Aubrey/Maturin novels. So happy! ½ book down, 19½ (plus a fragment) to go…

A few years ago I read his biography of Joseph Banks…while doing this: 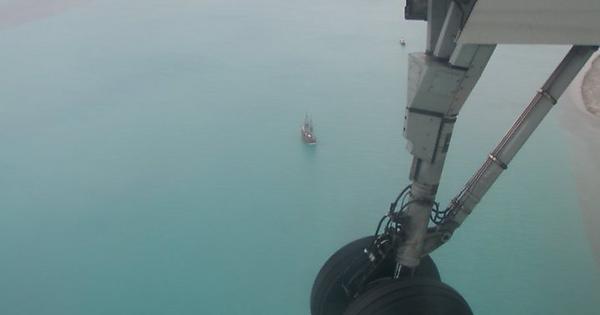 That must have been an unforgettable experience! Hopefully you didnʻt incur being flogged.

Myself, I’m only halfway through the Canon – I’m trying to pace myself and savor every book. Do you find that your appreciation improves on multiple readings? If so, I may just plow ahead…

Myself, I’m only halfway through the Canon – I’m trying to pace myself and savor every book. Do you find that your appreciation improves on multiple readings? If so, I may just plow ahead…

I’ve read 'em all at least half a dozen times each; they’re some of my standard comfort reading books. I’ve got them memorised to the point that there isn’t much suspense or surprise left, but they’re still a worthwhile read just to visit the characters and enjoy the journey.

Still, twenty novels aren’t enough; it would be lovely if there were more. Most of the similar things by other authors (Hornblower, Bolitho, etc) are a very pale imitation.