This game is great, as is the original arcade variant. Way more people should play it.

That would totally blow my mind… Guaranteed.

That would totally blow my mind… Guaranteed.

There’s a strange video game history of games named after Queen songs. Japanese publisher Quest did at least two of them:

This one is a twofer: 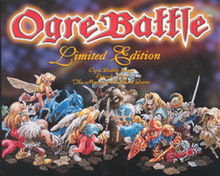 Ogre Battle: The March of the Black Queen

Ogre Battle: The March of the Black Queen (伝説のオウガバトル, Densetsu no Ōga Batoru, "Legendary Ogre Battle") is a real-time tactical role-playing video game developed by Quest and released in Japan in 1993, and in 1995 in North America for the Super Nintendo Entertainment System. It is the first installment of the Ogre Battle series. It was directed by Yasumi Matsuno and designed by Matsuno and Akihiko Yoshida. The story of Ogre Battle focuses on a band of rebels as they lead a revolution against a Og...

Then in the Ogre series: 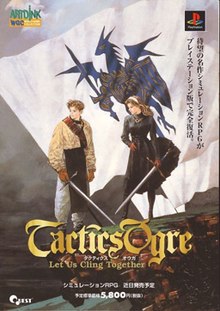 Tactics Ogre: Let Us Cling Together

Tactics Ogre: Let Us Cling Together is a Japanese tactical role-playing game created by Quest. The game was released in 1995 on the Super Famicom in Japan as a sequel to Ogre Battle: The March of the Black Queen. Let Us Cling Together is the second entry released in the Ogre Battle franchise, featuring many dramatically different gameplay elements from its predecessor. While The March of the Black Queen has the player managing an army of squads free-roaming in semi-real time over larger areas Ch...