While I wouldn’t put much past the politicians named in these claims, I also wouldn’t put it past Dotcom to be either suffering from paranoid delusionals, or to just be trying to stir up controversy.

Is there some reasonably trustworthy third party with both the ability and inclination to verify and confirm or deny these claims? Or is this simply so much hot air?

Wouldn’t there be stuff in the email headers - somewhat difficult to forge - which might be helpful in this regard? The metadata, as it were? If there’s some difficulty gathering such evidence, I believe I’ve heard somewhere that there’s a heavily resourced enterprise with an interest in the collection of foreign email metadata.

Have any of his claims so far been delusional? I haven’t followed the case so closely that I can attest to every word Dotcom has uttered, but I haven’t ever heard any evidence of him lying or inventing enemies - have you?

I mean, there’s that whole business about “the US government is out to destroy my business,” har har har. But it was true, wasn’t it? And we did.

According to Wired he has hacking and insider trading convictions in Germany, is a persona non grata in Thailand, and ran a hedge fund in Hong Kong without registering with either the SEC or the Hong Kong’s Securities and Futures Commission. He’s dodgy enough that I would prefer independent confirmation of his claims.

Still, it’s a pretty big step from dodgy to paranoid delusional. And exaggeration isn’t an issue - either the emails are authentic, or they are fake.

Hmmm… somebody claims to have damning evidence, and the media gets busy attacking not the evidence, but his personal character. Where have I heard this tune before?

How is this fraud not in jail?

Have any of his claims so far been delusional?

He accused Obama of colluding with Hollywood to arrange his arrest. http://www.nzherald.co.nz/nz/news/article.cfm?c_id=1&objectid=10821092

The Wired article I linked to is from two years ago, so this isn’t a case of the media suddenly attacking the character of someone with damning evidence. While Dotcom does have a habit of framing his past brushes with the law as unjust persecution, I also don’t see why paranoia needs to be brought into this. The guy quite simply strikes me as a self-aggrandizing bulls****er who would publicize documents that favor his position without digging too hard into their veracity.

Indeed, it’s not like the Key and the NZ government are known to aggressively lie to the public about their abuse of power. Erm… 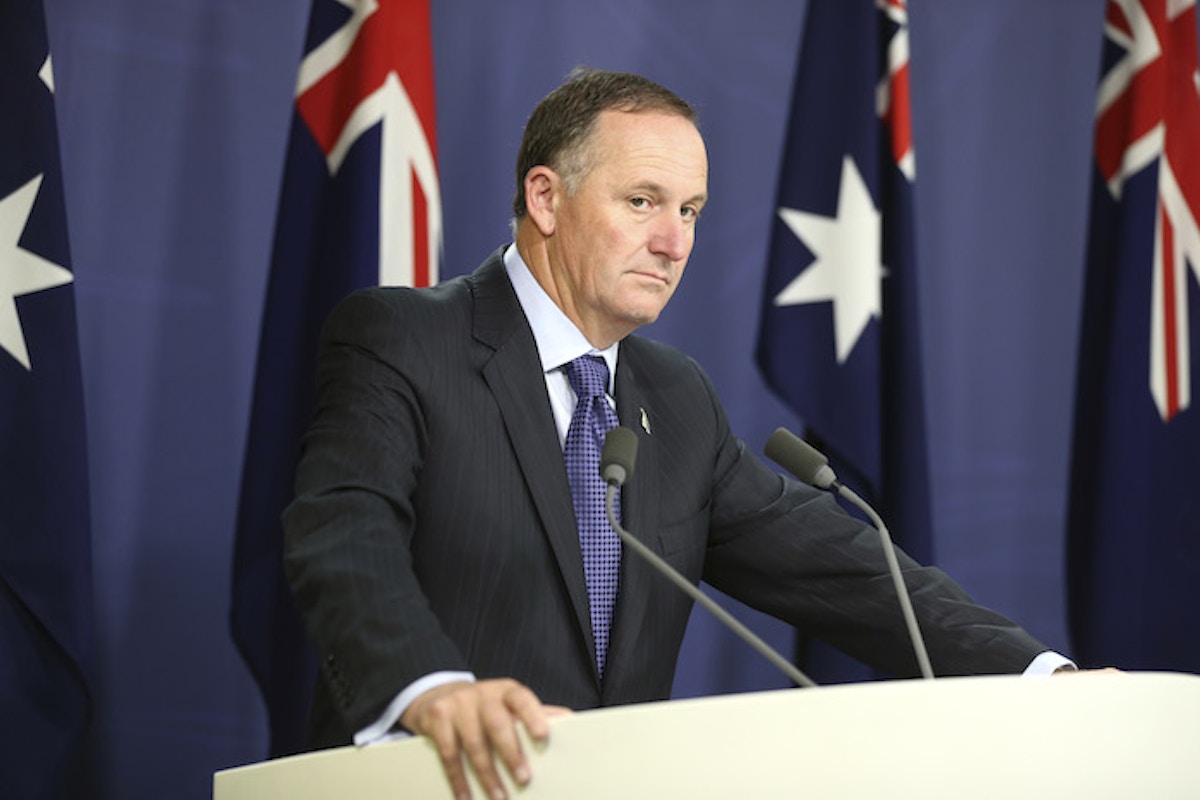 New Zealand began work on a program to intercept citizens' metadata, according to NSA documents.

Now I can definitely agree with that; however, it’s not a crime per se.

It is a crime when it’s part of a pump-and-dump insider trading scheme like the one he was convicted of :).

I would note that Dotcom basically bought his residency in New Zealand. He qualified for it in the first place in the investor plus category by buying NZ$10 million worth of government bonds. New Zealand normally has a requirement for prospective residents to be of good character, but using their discretion officials made an exception for Dotcom. The government already showed second thoughts about granting residency, e.g. in not allowing Dotcom to buy his mansion, and I doubt that either the secret donation of NZ$50,000 to the campaign of Aukland’s onetime mayor or the copyright stuff helps much[1]. That doesn’t mean there isn’t outside pressure to cut Dotcom loose, just that attempts to do so make perfect sense without it.

[1] On the one hand the mayor solicited the donation with the promise he’d remember it in the future. On the other, Dotcom willingly paid it. On the third hand, Dotcom also willingly testified about the thing.