Laziness, stupidity, and egotism are why the United States doesn't use the metric system

Originally published at: Laziness, stupidity, and egotism are why the United States doesn't use the metric system | Boing Boing 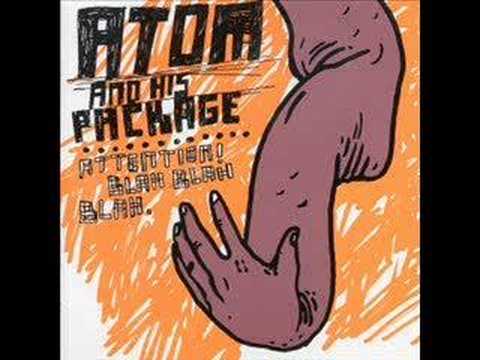 Technically, the US has been using the metric system since 1893 | Boing Boing

Since 1893, all the units of measurement that we use in the United States — from miles to pounds — have been officially defined in terms of metric units. What is a mile? That’s ea…

This is absolutely true. I was in 5th-6th grade when they tried to bring it back in schools. I loved it as I was bad with 12 times tables at that time. A system based on 10s was soooo much easier. Then I got to Jr high and they claimed it was too expensive to change all of out signs and it was, poof, gone. I LOVED it!

Having traveled so much over the years I’ve gotten pretty good at doing the conversions in my head for everything except Fahrenheit to Celsius. Anyone have any good tricks for that?

Yep, I was in 1st grade when that push was happening. I still remember some of the rules-of-thumb we were taught, such as “1 g is about what an M&M weighs.” And then the next year nothing was said about it at all. Yet another demonstration of why the US can’t have nice things.

In the states 1960s to 1970s we were told: “You must learn the metric system now! It’ll be official before you’re out of public school” Near the end of that range we were told (so perhaps lies all lies!?): “It’ll cost large scale industry too much to retool to metric!” (recall one Boeing engineer being told that by corporate). …willing to bet it was old corporate CEOs who wouldn’t sign off on it because they didn’t want to have to learn anything which didn’t promise next quarter profits. (When NASA Lost a Spacecraft Due to a Metric Math Mistake) One threadbare “advantage” of this sad history is that i understand the metric system notably better than the younguns -sigh-

@MikeKStar …it’s pretty bad, and i’ll deny it! but C → F over a small ambient range: “double it and add 30” is only slightly terrible.

At least you didn’t have it all your life only to have it taken away from you for no good reason.

The UK Tories wants to get rid of metric after 50 years, to please a few elderly people who want to go back to their imagined better time.

The United States was definitely an early adopter of the metric system for a lot of applications including science and the military (for example, ground troop movements are measured in “klicks” (kilometers) and ammunition is most often measured in millimeters) but we’ve certainly been stubborn making the transition in other areas.

If one was to mount a defense of (certain) imperial measurements it actually can be pretty handy to have units divisible by 12 instead of 10 in real-world situations. You can share a dozen donuts equally between 1, 2, 3, 4, 6 or 12 people whereas you can only share ten donuts equally between 1, 2, 5 or 10 people. If our species had evolved with six digits on each forepaw instead of five then we’d probably all be using a base-12 mathematics and some version of the metric system that had the best of both worlds.

Hey, give us some credit. We invented the 2-liter soda bottle!

“Laziness, stupidity, and egotism are why the United States _____”

Fill in the blank with anything the United Sates does or doesn’t do.

Temperate twenties, thirsty thirties, flaming forties. Average body temp is 37. Zero is freezing, 100 is boiling. Minus 40 is minus 40.

This is somewhat off-topic but still math related. I looked into it some time ago but in a world where a lot of things are firmly standardized it’s really really weird how the notation for decimals and thousands isn’t standard. Different parts of the world notate their decimals and thousands differently and i can assume this might cause issues every now and then

In Middle School I read a book about the first American Ace of WWII. He joined the Canadian Air Force before the US entered the war and so initially he was flying Spitfires.

When the US entered the war he transferred to the US Army Air Force and flew a Mustang. One of the little details I still remember is he took a gun sight from his Spitfire and put it on his Mustang because the metric marks were easier to estimate how much to lead his shots.

One interesting thing to note - we adopted a metric or decimal based money system early one. But England didn’t switch over until the 70s! You think it is a nightmare adding up inches, feet, and yards on occasion, imagine the same system every time you want to buy a coffee with pence, shillings, and pounds!

But England didn’t switch over until the 70s! You think it is a nightmare adding up inches, feet, and yards on occasion, imagine the same system every time you want to buy a coffee with pence, shillings, and pounds!

We’ll probably get to see the UK go back to that in due time if the Tories have their way.

The defense I have heard is that the metric sizes just aren’t intuitive the way the others are. For instance a metre is a little too big, whereas a yard feels just right. Never mind that in France they used bigger feet that were almost exactly three to a metre…only the British/American versions are intuitive.

This is supposed to be more than just a fancy way of saying “but I grew up with these” somehow.

The UK’s half hearted switch to metric that gave up half way and petered out around 2000 is another pathetic capitulation to pointless nostalgia.

Given the resistance to metric in both countries, I can’t help wondering if it’s ultimately down to typical Anglo suspicion of anything French.