Well that’s quite a thing, didn’t expect to see this on here as a blog post.

The problem with figuring this out is that so much is hearsay, rumour and outright bullshit and using Withdrawn Traces as a source is deeply problematic because it delves into the worst of the conspiracy theory nonsense with the author providing wild speculation and nothing to back it up. The fact that Rachel is involved is also troubling, many in the fan community believing she has been manipulated by said author because of course she wants answers, both their parents have now passed away and she has dedicated her life to finding out what happened to him.

Anyway, we had a bit of discussion on here about their magnum opus when the 25th anniversary came around. See also Journal for Plague Lovers which is an album of lyrics he left for the band before he disappeared.

The Holy Bible is 25 today wrath

I mean the Manic Street Preachers album, not the book. It wasn’t their most successful album, but it was probably their most uncompromising. I find it disturbing that it’s subject matter seems to be even more relevant today than it was when it first came out. Ayn-cap sex slavery where you don’t even own their own gender, the consquences of far right politics, and the culture of treating mass murderers as celebrities. I hope to write some more about the songs, but I was wondering what other p…

It was finding out that “Journal” was mostly Richey’s lyric that final explained, why after a pretty constant diminishing interest from me in each new Manic’s release, I really enjoyed this one.

I’ve seen them a few times, Everything Must Go & This is my Truth tours, plus JDB with Public Service Broadcasting at the Blackwood Miners Institute - they are a great live band.

Pretty sure that Journal is made exclusively of Richey lyrics and to me reads as him coming to terms with a number of things in his life, there’s a lot of dark humour in it and gives one a glimpse of what might have been if he’d stayed. The unedited lyrics printed in the 2 CD album are worth a read as well. They wouldn’t be worth squat though if the music hadn’t matched them and after the string-drenched overproduced sheen of Send Away The Tigers you could have been forgiven for thinking the album would be a disaster but as it is it remains in my top 5 easily.

Such a reactionary band though to their own music and why i love them and may explain why they’re still a cult band because they’re hard to pigeonhole and in the last 10 years seem content to further push the boundaries meaning we get glorious albums like Futurology or JDB’s solo project Even In Exile about Victor Jara.

I was just too young to really have heard much of the Manics pre-Holy Bible, but what always struck me was that they continued as a band, and managed to not just stay together, but to keep making good music (although I’m sure there’s debates about that between their fans to this day). Other bands who lost a member like that mostly seemed to break apart (eg Nirvana).
There’s never been much of a mystery about what happened to Richie though. He killed himself by jumping off the (old) Severn bridge.* His body was never found because it was washed out into the Atlantic, and the police bungled the investigation because they didn’t give a shit.

*It’s pronounced ‘seven’, and now there’s a second bridge just downstream that was completed a year after Richie died, so locally they’re known as the old and new bridges respectively.

There’s never been much of a mystery about what happened to Richie though. He killed himself by jumping off the (old) Severn bridge.

But nobody knows this for sure which is why there’ll always be a fascination with his disappearance and feeds into the rock and/or roll mythology which then leads to wild speculation involving harassing family members and friends alike. He was obsessed with the perfect disappearance, we know he withdrew money from his account, he left his passport and things for the band, he lived in his car for days prior to disappearing… beyond that nobody knows. Until the strong currents in the River Severn wash up a pair of skeletonised feet in shoes and the tabloids get a pay day. The police did absolutely bungle the investigation from the beginning though, even just a few years ago a very crucial bit of evidence came to light of just when he crossed the bridge. All credit to his sister for dedicating herself to finding out what happened to him with scant help from the police. 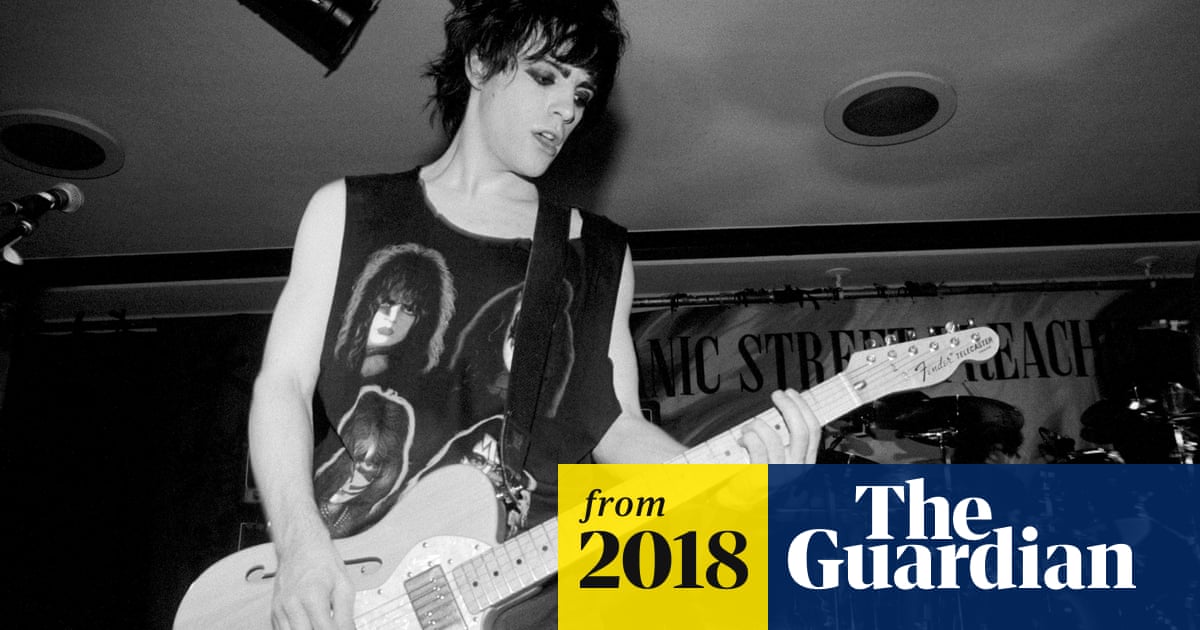 ‘We are hoping this will establish a new line of enquiry’, says sister of the former Manic Street Preachers guitarist