Capital-L Libertarians believe in privileges, not rights. If you’re rich and powerful the law shouldn’t apply to you.

They’re the same as any other conservative in that respect, per Frank Wilhoit:

The in-group for most Libertarians tend to be people of (supposedly) superior intellect, who just happen to usually be white cis-het males from affluent backgrounds.

I’d simply stick with Aaron Director’s definition of laissez-faire: “Laissez-faire is a short-hand for the idea that all action by the state should be viewed under the presumption of error.”

The core problem with that view is that the idea’s proponents are generally unwilling to apply the same presumption to all action by private corporations or markets in general, despite copious evidence that – left unchecked – they can be as destructive and hapless at scale as any nation-state.

It’s a particular faction within the Libertarian party. 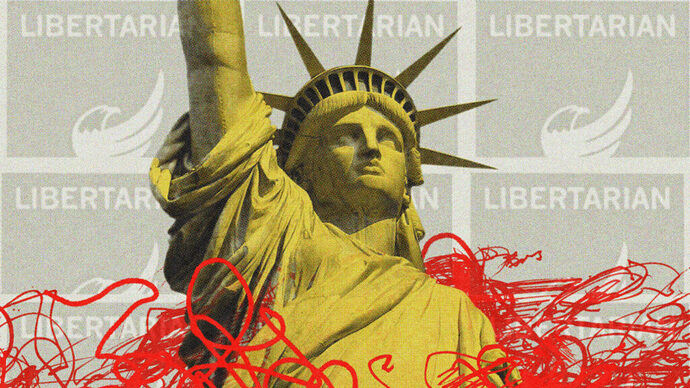 Dominating the convention body by more than two-thirds, the Mises Caucus claims to offer an edgier, more libertarian organization. Foes accuse it of right-wing deviationism and racism.

Libertarian concern for actual civil liberties has always been non-existent. Civil liberties exist to protect people who lack the political force of the majority, or raw power of the monied elite.

Libertarians are against the things which uphold civil liberties such as a strong government enforcing regulations ensuring them.

it should no longer be concerned about offending progressives or Beltway types and shouldn’t be afraid to reach out to the coalition that elected former President Donald Trump.

It’s a particular faction within the Libertarian party.

They’re all funded by the Kochs and their ilk, including the groovy young leather-jackets-and-weed crowd at Reason.

In the end, every faction in the movement is united by and in service to the sugar daddies’ core (and thoroughly discredited) agenda that ultra-wealthy real humans should not have to pay their fair share of taxes and that ultra-wealthy fictional humans (i.e. corporations) should not be subject to regulation. Some factions may be more overt with bigotry and anti-Semitism, some may try to focus more on drug decriminalisation and de-militarising the cops, but those amount to petty differences in the larger scheme of Libertarianism.

If libertarians defined themselves through and abided by the Non Aggression Principle would they still be a malign force?

They try, but it goes right out the window when some of them are allowed to use the NAP to provide a basis for “voluntary enslavement” under a contract.

None of the anti–Mises Caucus delegates or supporters that I have spoken to at the convention—including people from Illinois, Florida, Texas, Massachusetts, and even Mises stronghold New Hampshire—said that this takeover would make them walk.

Then you’ve got ten Nazis at the table.

They’re all funded by the Kochs and their ilk, including the groovy young leather-jackets-and-weed crowd at Reason.

With such great ideas, I can’t understand why they need anything or anyone else, besides The Marketplace, to prop them up.

I suppose their response would be that they have no other choice than to accept altruistic subsidies. If it weren’t for those meddling bureaucrats &/or woke-types*, they wouldn’t need to be propped up, and a free & unfettered Reason magazine would be self-sufficient.

As of approximately a week or two ago, the FTX guy, as a billionaire cryptobro mogul with pretensions to altruism, would have been held up as a Galt-level paragon of libertarian values. Now that his billions have vanished and his business exposed as a ponzi scheme, he is suddenly the “dirty jew” in some international cabal. The rapidity of this shift shows just how thin the libertarian veneer of unfettered-capitalism-as-enlightenment is over the core of good old fashioned bigotry motivating the ideology.

Foes accuse it of right-wing deviationism

I thought these guys were all Republicans now.
Let’s review: When people tell us who they are, we should pay them the courtesy of believing them.

Well, yeah. What libertarians have traditionally argued for is a split between “positive” and “negative” rights. The government deciding whether black people can or can’t live somewhere is bad. Private citizens making it impossible for black people to live and work somewhere is fine, that’s just the market, in the end market incentives should fix it or whatever.

Needless to say I don’t think it’s actually a sensible distinction at all…but this isn’t even that. The government are actually the bad guys on this one. And yet.

rand paul has entered the chat

Hans-Hermann Hoppe (/ˈhɒpə/; German: [ˈhɔpə]; born 2 September 1949) is a German-American economist of the Austrian School, philosopher and political theorist. He is Professor Emeritus of Economics at the University of Nevada, Las Vegas (UNLV), Senior Fellow of the Ludwig von Mises Institute, and the founder and president of the Property and Freedom Society. Hoppe identifies as an austro-libertarian and anarcho-capitalist, and has written extensively in opposition to democracy in his book Dem... 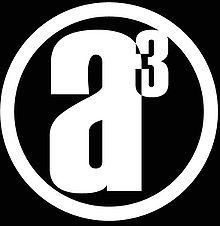 Agorism is a social philosophy that advocates creating a society in which all relations between people are voluntary exchanges by means of counter-economics, engaging with aspects of nonviolent revolution. It was first proposed by American libertarian philosopher Samuel Edward Konkin III (1947–2004) at two conferences, CounterCon I in October 1974 and CounterCon II in May 1975. The term was coined by Samuel Edward Konkin III and comes from the word agora (Ancient Greek: ἀγορά), referring to an...

The Agorists seem to have mostly left the Libertarian Party though, and are trying to take over the (socialist) anarchist online spaces where they are continually reminded that they are not in a capitalism friendly space and asked to “go somewhere else, please?”

Seems like a good time to repost this vid:

The government deciding whether black people can or can’t live somewhere is bad. Private citizens making it impossible for black people to live and work somewhere is fine, that’s just the market, in the end market incentives should fix it or whatever.

The government are actually the bad guys on this one.

Actually the government are the bad guys in both. Since they are protecting private citizens who want to exclude people from living and working. Segregation of private business required force of law. A free and open market disfavors discrimination as artificially limiting potential customers.