Have not tried it, but was very interested in grabbing the fuji sometime soon.

The overall trend with a bump in film sales + easy print cameras is great. Physical photos management quick and easy, and as secure as a drawer with a lock, or fire safe for those who worry a bit more.

Maybe the casing to the fuji can be hacked to something less blobish?

Zombie Polaroid announced something new at CES, didn’t they? 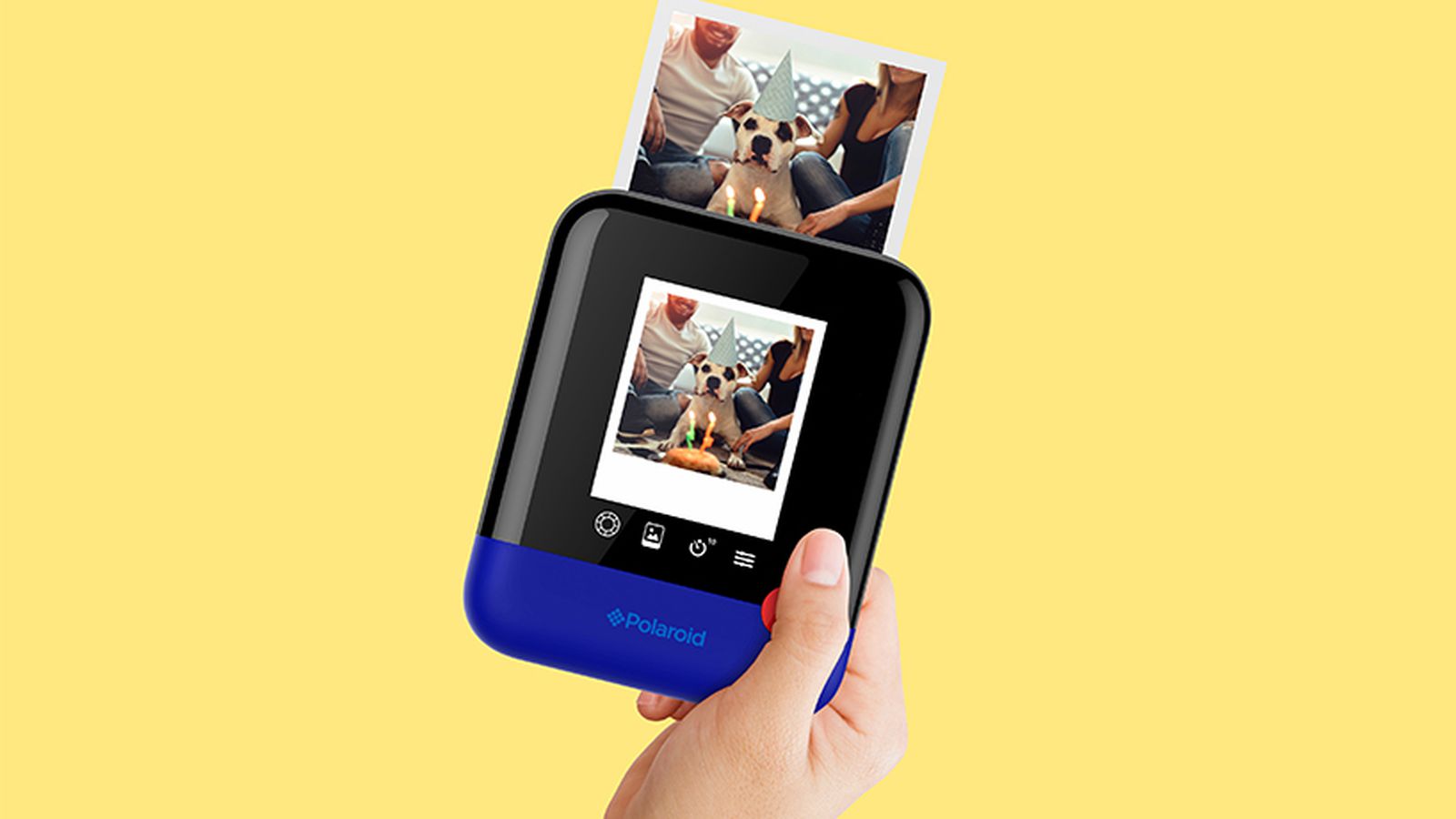 The latest from the company is the Polaroid Pop digital camera, a sleek handheld unit with an LCD touchscreen clocking in at just under four inches.

I have that exact Sanremo body with all the associated lenses, and, while it’s a decent shooter, don’t use it more than the traditional Impossible film and SLR-680. I find Instax to be simply too small for what it does. I’d love the fisheye lens if it didn’t require me to use a microscope when I look at the actual Instax later on. I love the long exposures but, again, the print is the size of a business card, it’s difficult to show that off.

It is perfect for parties and gatherings where you’d use a cell phone, but the Lomo is then both larger, more complex, and more expensive than the Fuji camera options. When it came time to get an instant camera for my kids I opted for the Fuji instead of handing over the Lomo. It’s a nice conversation piece but I’ll sell you mine if you’re that interested, I certainly don’t use that format enough to keep it around and just stumbled across it cleaning the basement this weekend.

That actually takes a digital shot and then prints it, kind of being the best of both worlds. The ZINK tech is good but not great in it’s consistency and feel, if that makes sense. But you then have a digital copy to send out to a real printer when needed.

I have the little ZINK printer from about ten years ago and it’s great at family gatherings, hook up a camera to it or send bluetooth from my phone and grandma gets a print for the fridge. I’d replace it with a new one, but the new Polaroid company has overpriced everything they’re doing.

I did buy this thing because I liked the design. Never use it though.

I liked the design

cats. not a chance to keep them away from places they want to visit.

Love the design. Never use it though.

I love the idea of the Cube, I just don’t think I’d ever use it either.

Oh, if you want old school Polaroid slabs, Impossible is the only game in town. Expensive, but that film always was. People just forget that part. Their newer chemistry is great, they’ve come a really long way quickly.

There’s also New 55 if you have a larger 4x5 camera as well, they’ve been making inroads into the peel-away systems and can make a positive from your 4x5 camera.

I have a Instax “Wide” from fuji. It puts out larger prints than the instax mini. 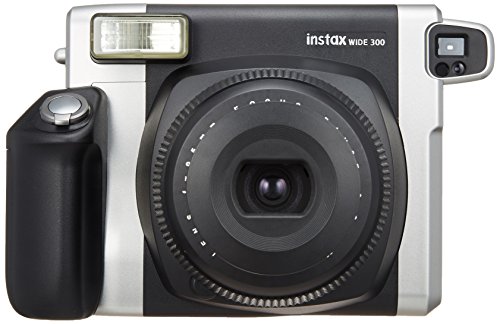 It’s a bit of a beast compared to the mini…but I love the color.
If you remember the spectra Polaroid camera and film. The Fuji wide is the same size.

Maybe the casing to the fuji can be hacked to something less blobish?

This is from MiNt.
https://mint-camera.com/en/shop/

They restore, repair and reskin SX70 cameras. And update their eletronics.

They also have a pricey custom build camera that uses Instax mini film.

(Object is smaller than it appears)

Here’s a couple of places that restore SX70 cameras. They also have them for sell.
They’ll pull off the old leather, reskin it with classic style or custom etched or textured leather, and rework the eletronics, motor and focus system.

But let’s face it, the '70 is a pale shadow of the brilliance packed into the SLR-680. Faster film, onboard flash, sonar autofocus. My SX-70 sits nicely on the shelf but I actively use the 680.

I bought Lomo’s instant back for the Diana a bit ago. It uses the same film. The physical size of the prints is a bummer. I also ended up screwing up half my film trying to fiddle with the exposure settings. It’s easy to forget about how back in the day, you burned actual money when you opened wide every setting on a bright day and ended up with a blank white print. It was a fun concept for a second, and then it went on a shelf and I haven’t touched it since.

I’d love to be able to support New 55 but at the current pricing I have no application to justify the premium.

Similarly, Mercury sells a Belair Instax back modded for Graflock back, but there’s no way I’d use it enough to justify the cost. I mean, sure, it would be kind of fun to pop little Instax prints out oh my Speed Graphic, but probably not $300 worth of fun.

Yeah, that’s exactly how I feel about New 55. I love them, but I can’t make the finances work. I have a friend who worked there, they’re not really making any money off it, it’s just an expensive process.

I’m mostly doing medium format or 6x12 pinholes that I can develop at home, I’ve easily gotten my money’s worth of fun out of that.

I send my spouse postcards with drawings, notes, and photos on them. A photo makes the job much easier and quicker. I use the Instax Wide after spending a few years with the Polaroid Mio back when it first came out (and I had to get it imported from Japan). I find Instax prints too small, and the Instax printers quite a bit blurry.

I have tried most of Polaroid’s portable Zink printers and camera/printer combos and I found only one that I like. The cameras are really terrible, worse than my phone and the inability to easily (at least with the models I tried) get an image from a phone to the camera and get it to print was either impossible or too cumbersome to be of much use.

That said I love my Polaroid Zip printer even with it’s numerous faults. It has poor battery life. The programming cards included with the film sometimes cause the printer to exclude usable Zink paper. (I prefer the Prynt paper with adhesive. It makes adding it to a postcard all the more easy. I just use the programming card for the standard paper.) The battery life is not stellar. It’s more than a year old and I get about 3 prints per charge if I do them one after another, but I have an external battery pack that I cary already- problem solved. The software lacks function, has a poor UI, and does not accurately show color as the printer would print it. The software is fantastic at updating the printer’s firmware.

I don’t like the standard Instax size, but it holds up well (I have prints from a decade ago) and is perfect for adding to commonplace books or postcards, but the aspect ratio seems odd to me. Weird as I like the Polaroid Zip paper, and it’s smaller in size.

My suggestions: get the lomo from Amazon, get a few extra packs of film, and if it doesn’t work for you return it, and you are only out the packs of film. Stay away from the Pogo printer or the camera printer combos.

I had a Polaroid back in the day. Seemed like a great idea when I bought it. Then I learned that an entire pack of film was 8 shots. Contrast with 36 for Kodachrome. Suddenly, waiting a few days for my pictures didn’t seem like such a bad idea.

I’ll PM you my address. I will use it.