London cops disperse parkful of sunbathers: "It's not a holiday, it's a lockdown!"

Send in this guy.

I’m fairly sure those are more guidelines than rules. I don’t even think the new covid-19 legislation has passed yet (due to complete today).

No, they’ll be compulsory and enforceable. Walking through a park is fine as one’s single form of daily exercise, but there’s no provision for sitting in a park.

You are right that the police don’t have the necessary powers until the Act comes into force, presumably at midnight tonight, so today the police can only offer guidance, unless other powers are applicable.

Please, if the government is not reacting fast enough, that doesn’t mean you shouldn’t.

Exactly. Ultimately it doesn’t matter whether they’re rules, guidance or casual suggestions. Just do it.

You know, considering that the film was released in 2001, it’s funny how similar he is to Trump…

Some of You May Die

Some of You May Die is a quote from the 2001 animated film Shrek. The full line, "Some of you may die, but it's a sacrifice I am willing to make," is said by Lord Farquaad to knights preparing to battle for the opportunity to become the champion that...

If you’re not scared of what the virus can do to you or the people around you, please read this. We call it SARS (Severely Acute Respiratory Sindrome) in Spain, although I may be mixing terms, as (dammit Jim) I’m a computer engineer, not a doctor. 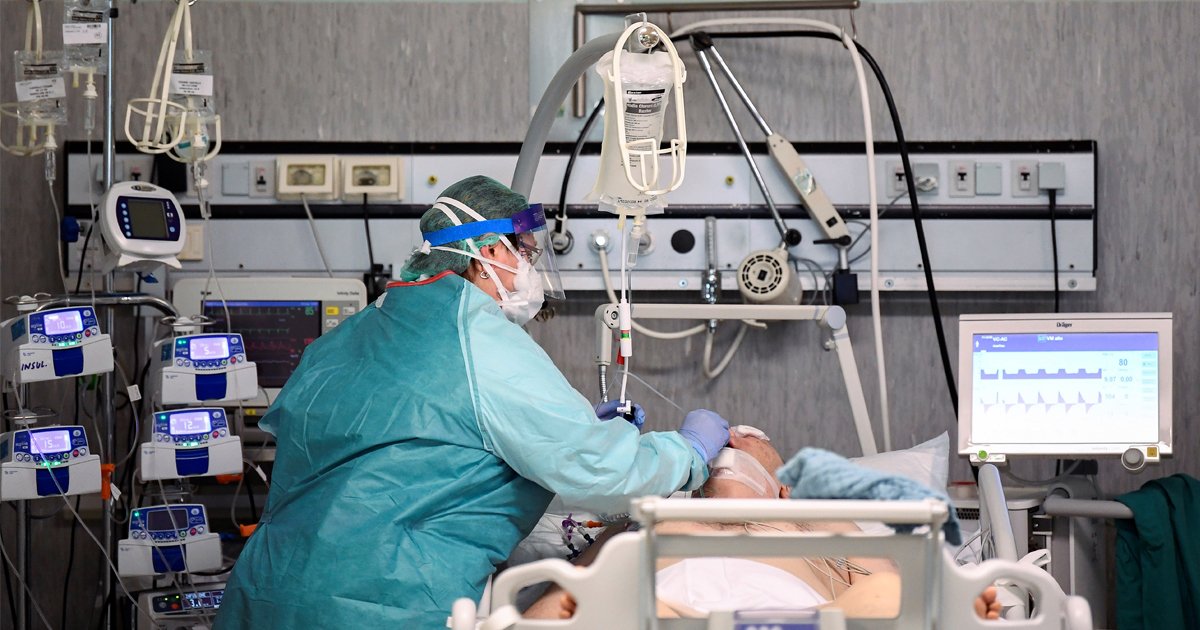 A Medical Worker Describes Terrifying Lung Failure From COVID-19 — Even in...

“It first struck me how different it was when I saw my first coronavirus patient go bad. I was like, Holy shit, this is not the flu. Watching this relatively young guy, gasping for air, pink frothy secretions coming out of his tube.”

I’m fairly sure those are more guidelines than rules. I don’t even think the new covid-19 legislation has passed yet (due to complete today).

The new CoViD-19 legislation is still working its way through Parliament.

The UK already has pretty wide-ranging powers to enact restrictions to prevent the spread of disease - as Boris said in one his press conferences (in his usually jokey-not-joking buffoon act) the Secretaries of State can make pretty much any order they like under the Public Health (Control of Disease) Act 1984.

Given that the official process for making regulations by a Sec. of State is basically the Sec of State saying “I make the following regulation” or words to that effect, Boris turns up on TV and says “You can’t do this in order to prevent the spread of disease” and viola you have a regulation under s. 13 of the said Act.

I haven’t seen that, but I’d be shocked if it weren’t true. UV rays are incredibly destructive. It’s one of the only natural ways to abate mold.

Given that the official process for making regulations by a Sec. of State is basically the Sec of State saying “I make the following regulation” or words to that effect, Boris turns up on TV and says “You can’t do this in order to prevent the spread of disease” and viola you have a regulation under s. 13 of the said Act.

But is Boris a Secretary of State? I read somewhere that in terms of explicit statute law, the PM has less power than pretty much any member of their Cabinet.

In my area, the trails are open; the county parks are not.

Some will have used public transportation to get there and back; this is why we can’t have nice things.

But is Boris a Secretary of State? I read somewhere that in terms of explicit statute law, the PM has less power than pretty much any member of their Cabinet.

The Second Johnson ministry began on 13 December 2019, when Queen Elizabeth II invited Boris Johnson to form a new government following the 2019 general election, in which the Conservative party was returned to power with a majority of 80 seats in the House of Commons. The Conservative minority first Johnson ministry, which came to power following the resignation of Prime Minister Theresa May in July 2019, could not implement its legislative programme due to a political impasse over Brexit. W...

( Prime Minister,First Lord of the Treasury,Minister for the Civil Service )

whether first lord of the treasury amounts to a hill of beans aginst the home secretary, I have no idea. 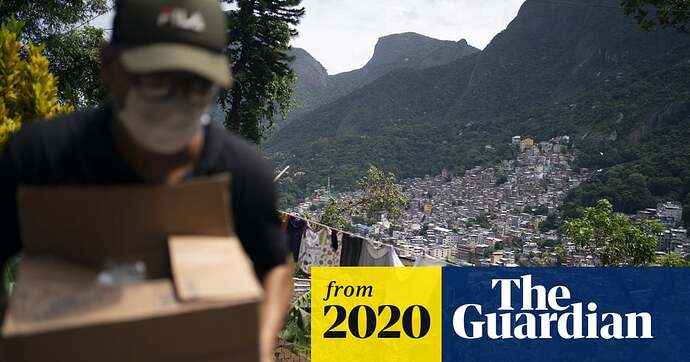 I’m really not enthusiastic about violence, even in the service of public health.

This is crazy. Criminals doing a job that was supposed to be the responsibility of the authorities.

In these favelas, people live huddled in houses with only one room. Many of them are not even able to buy soap, let alone disinfectants and alcohol gel.

Another point that isn´t discussed is the situation of people living on the streets. Thousands of homeless people, without support from the authorities.

I hope that the situation here does not become something like what Italy or Spain are facing. 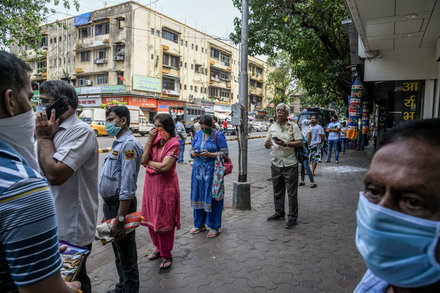 About 1.3 billion Indians have been told to stay at home. For some, it will mean starving. And an already-fragile economy may collapse.

I can’t imagine how difficult this is going to be for poorer nations and communities. My relatives in Venezuela are nervous because the hospitals in the country were already critically under stocked and barely able to function even before COVID-19 was a thing.

This police action is idiotic even from a medical point of view. If the goal is to preserve health, then what difference does it make if you sit cross-legged on your living room floor watching the TV or same posture in the middle of the park across the street 3 yards away from everyone else? In the latter case, you are getting fresh air and sunlight - both health enhancing. In the former case you get neither.

Thanks for tempering my intemperate response. 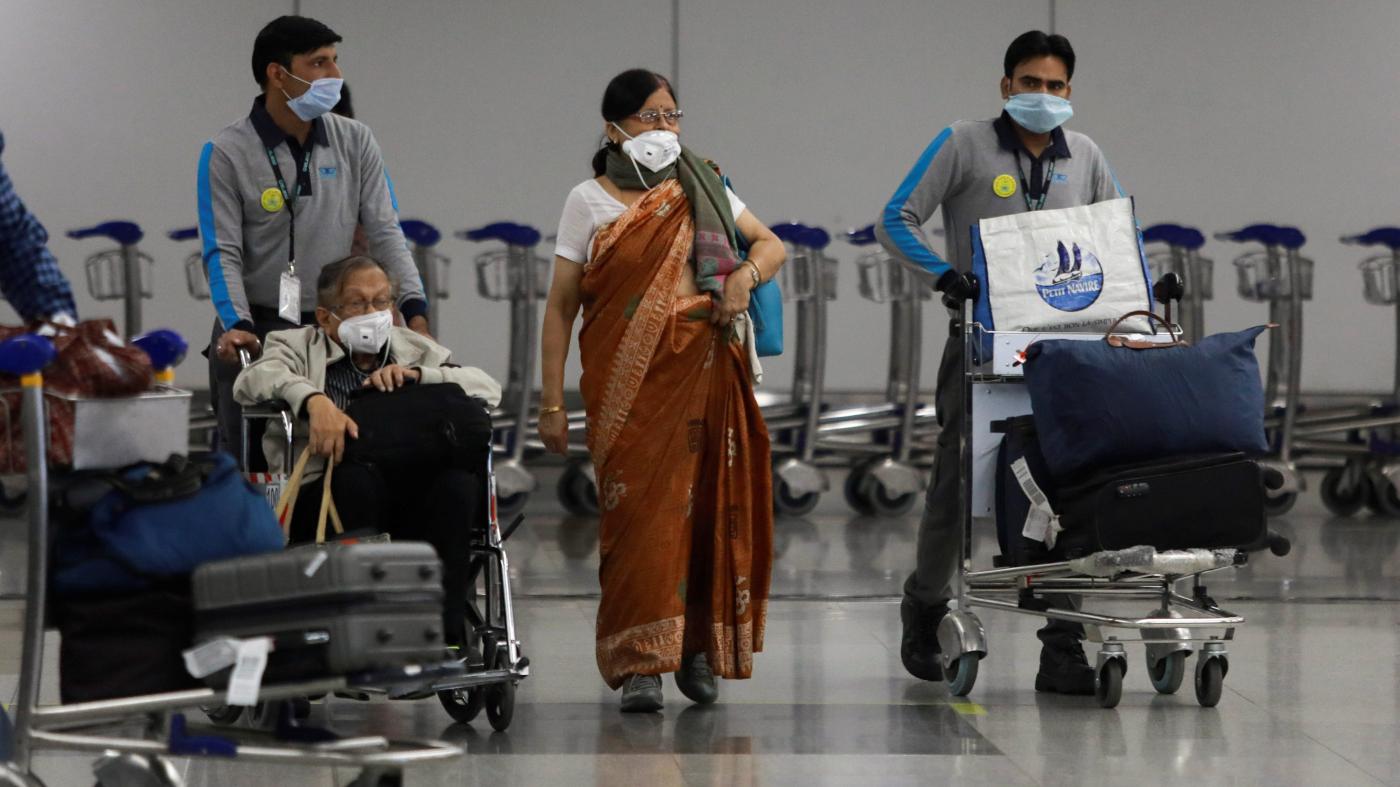 Did not know this but that’s… something.

The present government has accelerated this decline by cutting back expenditure for strengthening public hospitals and signaling that they would like to outsource district hospitals as profit generating venues.

It’s one of the things you’re allowed to in London too, people just like bossing each other around over here. No one in the video was in a group of more than 2, or within 2m of people outside their group, so they were already following government advice.

I think one of the problems with very high-density cities like London and New York is that, at some point, just going out and about will expose people to each other. In NYC, for many just leaving your apartment is fraught with risk due to elevators. If you live in a high rise, you could wait for hours just for an empty elevator, and we know that some assholes will just barge into the elevator you’re in rather than waiting for an empty one.

I don’t want to pass false info, so take this with a grain of salt, but I’ve seen commentary by people claiming to be physicians and infectious disease specialists that UV from sunlight quickly degrades the RNA of this virus on surfaces, skin, and clothing.

Scientist here, specializing in UV technology. The answer is yes, but not “quickly.” Depending on the level of pathogen reduction you’re looking for, try hours. Every little bit helps, but it’s not what you’d want to depend upon for “sterilization.”

The band of UV light that is effective for rapid disinfection, from 250 to 290 nm, is generated by the sun but blocked in the upper atmosphere. That is a good thing, since it will blind you and possibly cause cancer at a much faster rate when exposed to epithelial cells like your lips and eyes than the UVA and UVB in natural sunlight.