Looking to give to an interspecies evangelical charity, any suggestions?

My first page of Google results was not fruitful.
Does something like this even exist? There’s got to be someone working on bringing the good word to the whales or whatever. Right?

We seek to spread the Word that is Jesus Christ. We long to help Catholics and Christians grow closer to God in the spirit of Saint Francis.

I know that the Catholic church has officially stated that it doesn’t believe that intelligent extraterrestrials would have souls, so evangelizing to them would be pointless. I mean, if you believe them when they say they evangelize for the good of the person they’re evangelizing to.

I got a different impression??? 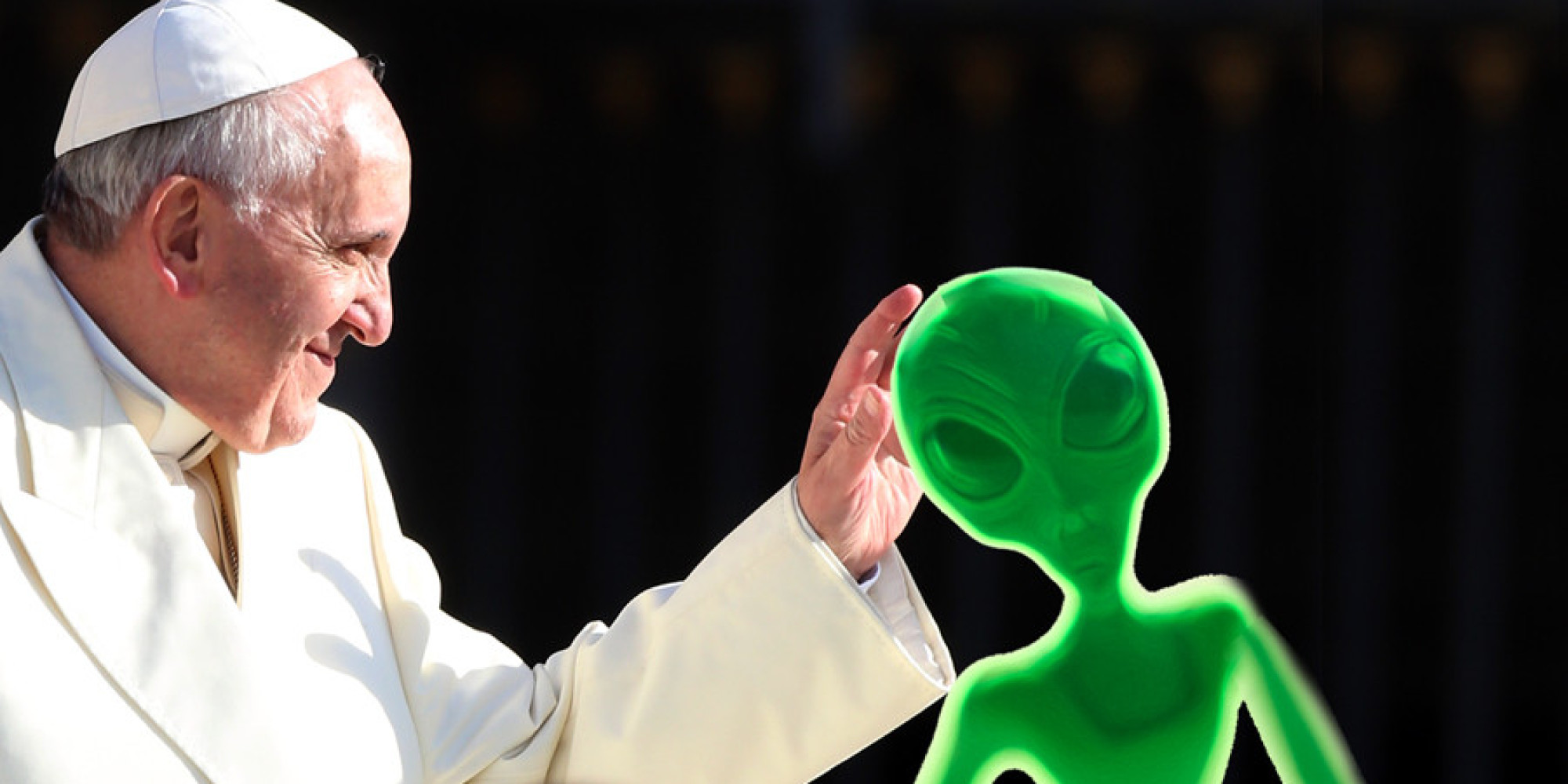 Pope Francis said in his morning Mass on Monday

Huh, I guess that’s a new one. They used to believe that extraterrestrials didn’t have souls. Well, I don’t know the consensus in the protestant world, but my fundie dad says

1.) There are no planets outside the solar system, because none are mentioned in the bible, so there can’t be aliens.

2.) Even if there were aliens, they

how much do you think I would need to contribute to get some tracts put in the sack with the guns?

wouldn’t even be able at a fundamental level to understand how great god is, because they’d all be from a planet not made especially for them by god in 6 days.

But isn’t that what evangelism is for? To bring the news to those that hadn’t heard it?

(Its more likely that lightyears are really hard to travel, so its like visiting your cousins in Provo.)

Hey, how do you know I have cousins off-planet?

how much do you think I would need to contribute to get some tracts put in the sack with the guns?

Don’t you follow American politics? Guns are every bit as sacred as the Word of God.

Ok, but how about whales? They are from this planet and possibly even mentioned in the bible. Would he like them to know the story of Jesus?

My dachshund is going to Hell.

My dad specifically doesn’t believe dogs have emotions. They’re little robots that only seem to love you. They’re incapable of emotions because animals don’t have souls. Only people do.

So, I’d expect he’d say the same about whales.

Ok, but how about whales? They are from this planet and possibly even mentioned in the bible. Would he like them to know the story of Jesus?

If they had any stomach for that kind of thing they wouldn’t have puked up Jonah.

I am not gonna mock his beliefs. But the bond between humans and dogs is unprecedented.

If dogs don’t have souls, neither do I.

Oh, my dad loves dogs. But only in the sense that I love my computer, or Donald_Petersen loves his cars.

My dog is a beautiful little retarded child.
Capable of affection, needing affection, but rather stupid. But I love her anyway.

I’m using him as a resource when talking about what fundie protestants think.

I love my dog as much as any other member of the family, and the world would be incalculably worse without our pets.

but my fundie dad says

Oh that’s fun. A smart Mormon would say that: