I think it depends on who lives in the town downstream. Idaho is promoting itself as a fascist paradise, so if the town has a majority white supremacists who don’t believe in the climate catastrophe, then so what?
I just can’t feel bad about this. Sorry, not sorry.

When this central Idaho dam fails, it'll wipe out the town downstream, but funding is hard to come by
cannibalpeas August 16, 2022, 3:42pm #2

Idaho is promoting itself as a fascist paradise

Idaho is being taken over by loons, many of which do work for the state. But it’s a mistake to think that they represent the people of Idaho or that those people are expendable because assholes are making a lot of noise. To wit: Oregon was constitutionally established as a white ethno-state, which was only overturned in the 20’s (iirc). Now it’s considered a bastion of liberalism. Of course, that’s dismissing the very conservative eastern half, but my point is that there are always good people who get swept away by hate. Quite literally in this case.

Anywhere outside of Portland, Eugene, or more than 10mi from the Pacific Coast is pretty much a doomsday cult. 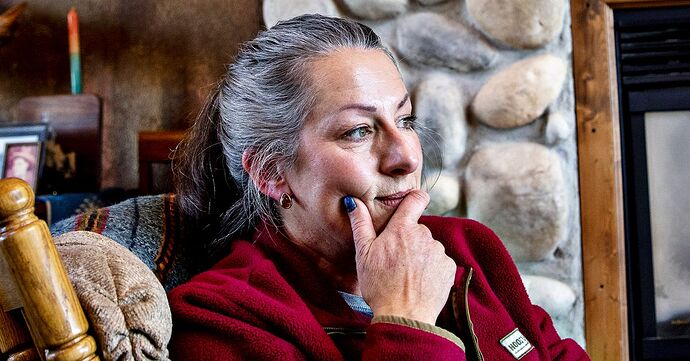 Living With The Far-Right Insurgency In Idaho

A radical GOP faction, in open alliance with extremists, is seizing power and targeting its opponents with cruelty. Some wonder: Is it time to leave?

I just can’t feel bad about this

You don’t think this bit is rather serious?

However, Falk said the risk of spreading radiation pollution from flooding at the Idaho National Laboratory depends on the amount of water that reaches it

The key feature of an insurgency is that it is carried out by a minority of the population. I get the despair, but just as Black Americans and Jews aren’t monoliths, neither are Idahoans.

At least the flood will be big enough for you to wash your hands of the whole thing.

Anywhere outside of Portland, Eugene, or more than 10mi from the Pacific Coast is pretty much a doomsday cult

while there’s definitely some wriggle room there - i prefer rural oregon to some of rural washington - there’s also seven indian reservations. warm springs is the largest and surrounded by a sea of red 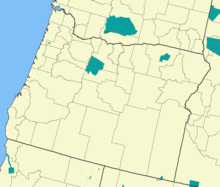 This is a list of Indian reservations in the U.S. state of Oregon. There are seven Native American reservations in Oregon that belong to seven of the nine federally recognized Oregon tribes: Celilo Village is not a reservation but is owned by the United States and held in trust by the Bureau of Indian Affairs for the use of the Umatilla, Tenino (Warm Springs) and Yakama tribes and Columbia River Indians.

I do get the despair, I really do.
But do not wish ill on the innocents who will, literally, get swept away with the rest of them.

Hood River, Bend, Ashland, wine country, Joseph are all left-leaning communities outside of Portland and Eugene. I guess I should have taken pictures of all the BLM and LGBTQ signs and flags on my trip to Eastern Oregon last weekend.

So, the people who live there all deserve to get wiped out, whatever their political beliefs?

I think it depends on who lives in the town downstream. Idaho is promoting itself as a fascist paradise, so if the town has a majority white supremacists who don’t believe in the climate catastrophe, then so what?

The problem with this thinking is some of the people aren’t what you are defining as “the bad people”. They are, as you suspect, the minorities - the vulnerable populations that may not be represented well by their government, and as a result, may not have the means to make other choices. Even if they do have the means to make choices, even if they do vote, even if they do expect their elected officials to do something, they haven’t, and now their homes are at risk as a result.

When Hurricane Katrina hit New Orleans, there was a group of people who blamed those who lived there for making that choice: they live under the water line in a hurricane-prone area, so, as you say, “so what” if they get hit?

Of course, we now know the truth - those that were most affected, trapped or lost their lives or loved ones in that disaster were the underrepresented, often-minority populations who couldn’t afford to run, or to move, or to make other choices. They had to rely on the government, and the goodwill of those more fortunate, to save them, and that system failed.

It’s one thing to say “not my problem, not my people”. That opinion is up to you. It’s not on-topic to begin with, because the topic isn’t about you. However, saying that because some asshats have corrupted the area that people live, they deserve what they get - you might as well say that the majority is all that matters, and if you aren’t in that, then you deserve what you get. Because those who will be most affected, I assure you, will be the least able to do anything about their predicament before tragedy strikes.

The problem with this thinking is some of the people aren’t what you are defining as “the bad people”.

And further still, even those “bad people” often produce amazing children who do not deserve to be buried under their parents’ ignorance. Tara Westover’s Educated is an amazing documenting of a kid growing up utterly ignorant in Idaho to fundamentalist parents (like, off the edge of the flat earth fundie). She pulled herself up out of the muck and accomplished incredible things in life in spite of her upbringing and in spite of being born in Idaho. I’m not willing to abandon kids like that, especially because I was one.

Kids might just save the world. We are supposed to look out for them all not punish them for other people’s mistakes.