A ‘Bomoh’ (Malay shaman) has been practicing his arts at the airport. I’ve never met a Malaysian (and I’ve met a good number) who’s ever mentioned any belief in this stuff, so I presume this guy came out of left field for reasons of his own.

Anyway - long short is he’s threatening to sue all sorts of people for about $30 meelions for defamation.

It’s all a bit carnival.

I suspect he had the lawsuit paperwork all ready before he arrived, and has been waiting for someone to step on his toes.

The Westboro Baptist Church has made me cynical that way. 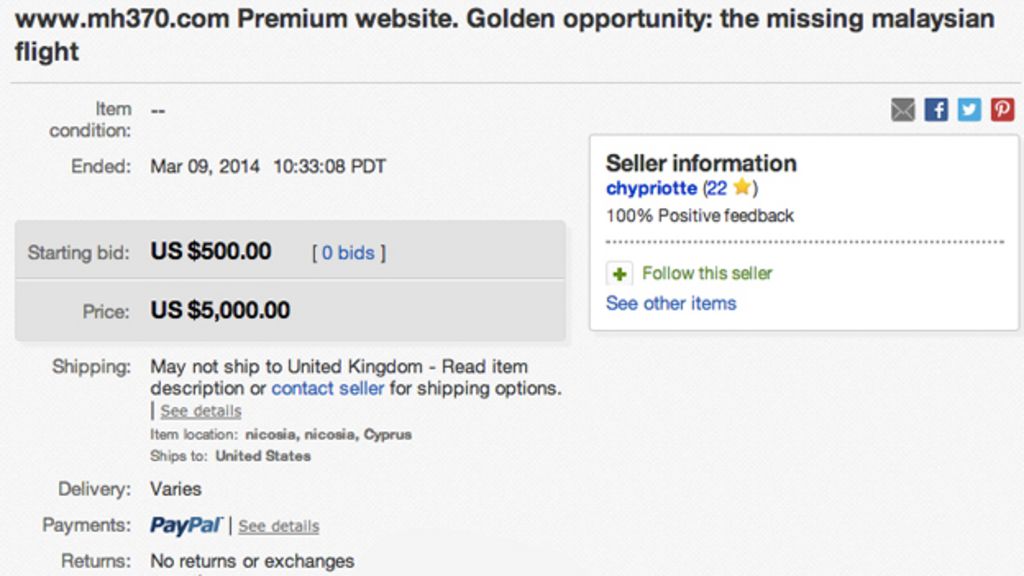 How MH370.com ended up on eBay

And … finally the media starts publishing on hidden military information. Took their damn sweet time about this. 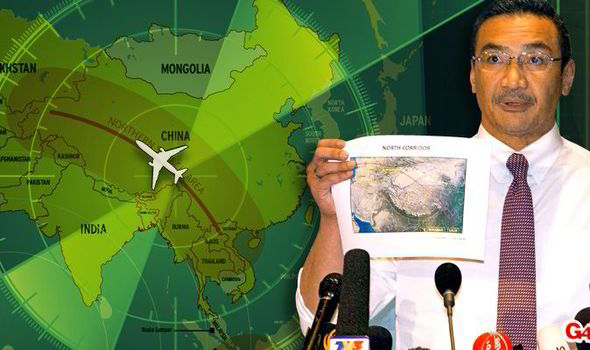 Malaysia Airlines plane: Has there been a military COVER UP over jet's last...

SOME of the world’s most militarised regimes might be covering up embarrassing details about the flightpath of the missing Malaysia Airlines jet, a leading aviation expert has suggested.

The countries over which the Malaysia Airlines plane might have flown … spend some $185billion every year on military defences–and that excludes the amount spent by the US, the UK and other allies securing Afghanistan’s airspace.

Maybe these states’ air defences, like Malaysia’s, are not what they are cracked up to be. And maybe they wouldn’t want the rest of the world to know that.

Confimed it flew low over Kelantan, 5,000 feet. If the debris off Aus isn’t the aircraft, 5,000 might indicate radar evasive low flying.

This topic was automatically closed after 1067 days. New replies are no longer allowed.