Man adds proper headphone jack to an iPhone that lacks one

If you are in Shenzhen or Longhua you could let your suppliers do the storage on the supply side, but that still requires a contract. In general, yes warehouse space is a lot of money - though if you are building a cheap phone it is probably in China in the countryside in the south.

Anybody who has this skill set could easily set up a low volume assembly line for iPhones with a slightly larger case which incorporates an easily user replaceable battery.

I bet he would sell a few of those.

An adapter is still probably cheaper than buying any new phone, fruit or no.

An adapter is still probably cheaper than buying any new phone, fruit or no.

We are assuming the original project definition of building a jack into a phone which lacks one. Adaptors are scope creep.

The WSJ did an interesting piece about making a custom phone while working with Chinese manufacturers directly: http://www.wsj.com/video/how-to-build-your-own-smartphone-for-70/90013EB1-9BB0-4AE8-9BBB-FE76793EAD30.html

Also, this article reminds me of the prank / hoax video showing people how to add a headphone port with just a drill 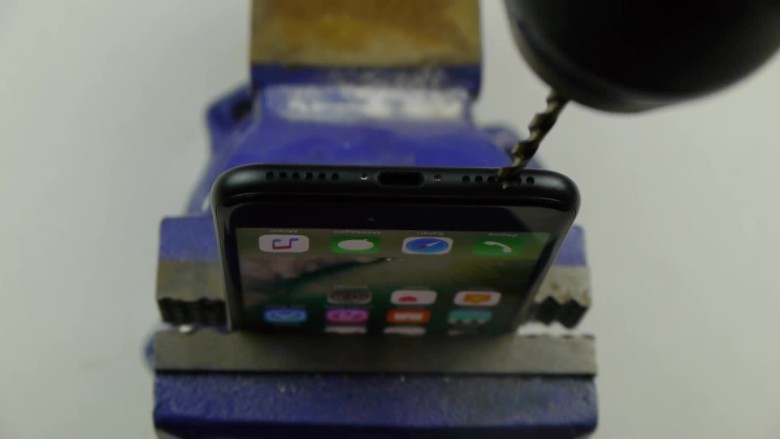 A prank how-to video claimed to show iPhone 7 owners how to drill a headphone jack into their new phones. Some viewers learned the hard way that it was a joke.

I can see myself buying such a phone.
If it also has a removable battery.

In some sort of “armored” shell, yeah, I can see it. But in a thin smartphone, that would give the headphone plug WAY too much leverage; you’d easily rip it right off the phones mobo over time, I’d think.

Now I’m jealous. I just love how much quality stuff comes out of Shenzhen when it comes to RF electronics. I’m not sure why that segment is so decent on the quality but maybe I’m just easily satisfied with whatever they cook up.

It’s because nearly everything RF related is built in the Guandong province, and Shenzhen is the largest and wealthiest city there. They also have a huge clothing market including some extremely high quality designer “knock offs” down the light-rail from the electronics market.