Originally published at: Man charged with attempted murder has AK-47 tattoo on his face | Boing Boing

The [defendant] Dumb-Ass also had a new tattoo: an AK-47 down the side of his face

The face tattoo, ever the visible sign of a person’s inability to make good life decisions and to control their impulses.

I love how Neal Stephenson played with that in Snow Crash. 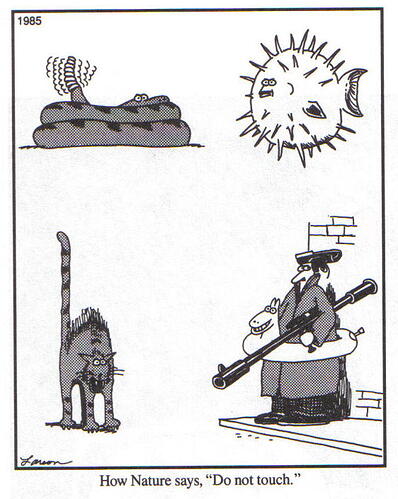 Exactly. That’s how Stephenson is playing with the concept.

A half-decent tattoist might be able to do you an alligator-themed cover-up.

AK tats are supposed to represent strength and power but all I’m getting from this loser is: 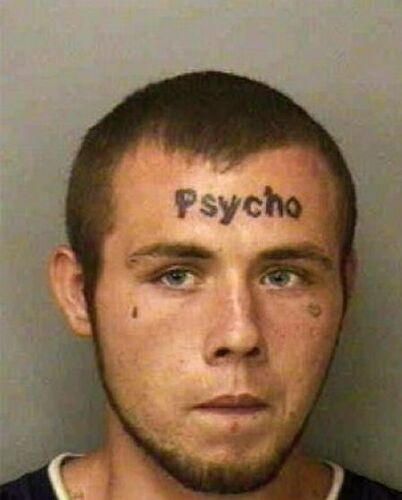 AK tats are supposed to represent strength and power

All I see is someone wanting to play god mode against NPCs with no ammo.

I wanted to make a smart-ass comment about the AK tattoo until I saw Akimbo_Not’s photo. That kid so young with the potential for many years of life and so fucked up with such a damning tattoo. What the hell went so wrong for a kid so young. I can guess at lots of explanations but they hardly matter. I suppose. That stupid PSYCHO tat could be lasered off but it’s the wreck inside his young head that needs repaired and I don’t know if that could ever really be changed. Sad, just really sad and it’s like watching someone swimming way too far out in the sea knowing there’s little chance of rescue. Good luck, young pychos you’re all going to need it.

I feel like getting a tattoo right on your trigeminal nerve is a bad idea, even if it’s a really cool “tribal” pattern or “celtic” knotwork.

His tattooist was also charged with malpractice.

Really? Who of us hasn’t wanted a tattoo of a gun on our face or neck at some time in our lives? Ok a military weapon not so much, but maybe a cute pistol.

Only if you’re being sarcastic.
On the internet no one knows you don’t have a face covered in gun tattoos.

Ahh that’s where I went wrong… the inking of the rainbows and pony’s, painful as it was, won’t be a feature of my interactions on the interwebs.

Gotta have a good hard look at myself!!