Scotland to london and passed no other cinema on the way?

"I want my refund, the trauma of being embarrassed as I was being kicked out and people laughing at me for wanting my refund, and also the £160 of fuel money I used to drive to London from Scotland.”

£160? Admittedly, that’s, like, $8 post-Brexit, but you have to respect Suicide Squad as an uncanny latent schizophrenia detector.

He’s not even trying to hide his allegiance to Marvel.

(Also: I avoided Suicide Squad because I was worried the movie would turn out to be as advertised.)

I have seen first-hand how the film/VFX industry works. Directors change the edit constantly, right up to the very last minute. This is both a creative decision and in response to the massive amount of focus-group testing which these blockbusters are subjected to. If this suit succeeds and a studio had to reimburse the plaintiff for the cost of a ticket and petrol… so what. If a class action suit succeeded, though, and studios had to pay serious cash, it might change the way blockbuster films are made.

I think that we will start seeing disclaimers at the end of these previews. Something like “Scenes shown may not appear in final film”. Audiences can’t really have BOTH fan input at all stages of production AND a guarantee that the scenes which they see in the trailer will make the final cut.

I’m suing Paul Feig for making an tolerable Ghostbuster reboot. It was implied that he’d ruin my childhood, but it remains unruined. #NotMyGhostbustersButIDontMind

Scotland to london and passed no other cinema on the way?

He had to travel to London. Who wants to read subtitles?

Who wants to read subtitles?

I got kicked out of a cinema before when feeling the screen for braille subtitles.

I would have sued over Batman V Superman but that film kept me annoyed for weeks so I feel I got my moneys worth in making fun of that horrible film with friends.

While the trailers definitely advertised a different sort of movie than what was shown, I’ve no idea why someone would drive 300 miles to see a movie. There are movie theaters in Scotland, I promise!

The car advert showed it with a nice house and pretty girls inside! 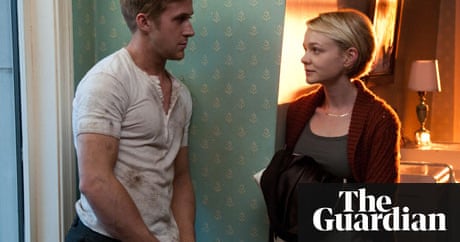 Woman sues to stop Drive getting away with a 'misleading' trailer

Michigan resident files suit against distributor of Ryan Gosling thriller, claiming the film had 'very little driving' and is 'antisemitic'

Hmm…I think he has a point. At the very least, he has a valid Advertising Standards Authority complaint. On the other hand, as has been pointed out above, trailers are usually made before the movie is complete, so there are often going to be changes. For any other product an ad that showed a non-representative product would have a disclaimer. Not sure why movie trailers have been able to get away with not having one - I guess the argument would be of the “everybody knows this” variety, but I’m not sure that is sufficient.

So he wants compensation for the trauma of being mocked for his ludicrous demands?

a) There is a new definition of chutzpah.
b) I’m going to be rich.

No, we can’t. Don’t you wish you were so powerful?

There are usually premiers a couple of days before for fancypants types in That There London. Would I fuck drive all the way from the very pleasant North to go to the pictures before anyone else in my postcode, mind.

Wait What??? A movie that was not exactly what the trailer was? Inconceivable.

Apparently this fellow was so excited about Enchantress’ blank eyeballs that he drove 300 miles to see them as soon as possible and filed a lawsuit when denied them. Not my idea of a fetish but who am I to judge?

The car advert showed it with a nice house and pretty girls inside!

And no traffic at all! Lots of free parking! Why do those other assholes get to have cars to ruin my car-having experience?