Boat designer Kurth Hughes designed and built this far out home on the Columbia River in central Washington. It’s just 250-square-feet but contains a bedroom, bathroom, kitchen, and dining no…

“The original Lunar Lander had four legs instead of three, which I think was a mistake…”

A real bump in Narrative Road, there; it was going so good for awhile.

NASA chose four legs as a concession to needed weight savings; they initially considered (and rightly so) five legs to be safer in that if one leg collapsed/malfunctioned or was rendered useless because of some irregularity in the terrain, the lander would still be upright and not flopped on its side (thus abandoning the astronauts on the Moon)… therefore, even four legs was a risk. Given that, three legs on the “original Lunar Lander” would have been unqualified stupidity. 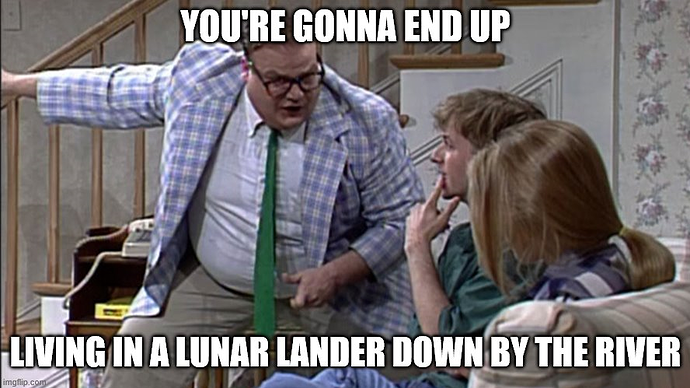 you beat me to it! — you can’t say the words “down by the river” without this popping up in my noggin!

You’d think he could get around the inspector who was certain about it being metal by handing him a magnet.

Only if the inspector thought it was ferrous. Aluminum is common as a building material.

Hughes has an article up that is full of tips for building boats (well, anything) with composites. Unfortunately undated but seems recent or has timeless aspects. It is also close-to-appropriately named. I’d drop the “post” part. Add “peri” or “intra” instead.

It’s not that small. It’s nearly twice as big as my flat

Given that, three legs on the “original Lunar Lander” would have been unqualified stupidity.

Yeah Apollo 14 finished up with one leg off the ground at Fra Mauro, because they landed on steeply undulating terrain. It wasn’t a particularly safe way to go but with three legs they may well have fallen over on landing.

Also I wonder if this guy says the immortal words every time he steps on to the ground in the morning. I know I would.

Also I wonder if this guy says the immortal words every time he steps on to the ground in the morning. I know I would.

… and which words would they be. “We” all heard “That’s one small step for Man (Cap implied)…” when it should have been “That’s one small step for a man…” For years, Neil insisted that he had uttered the latter. I think it was only recently (?) that audio analysis judged him as having flubbed the line. But that didn’t bother me. Neil was a classy guy who handled his celebrity with enormous dignity and humility… and with a sense of history… which is how I hope the boat builder handles his excursions.

“The original Lunar Lander had four legs instead of three, which I think was a mistake…”

That was about the point that I stopped giving this guy any credibility.

having flubbed the line

I will give Neil a pass on that one because he had the biggest of all big jobs to do at that point and no doubt had a lot on his mind.

That’s when I stopped the playback. The comment really got my back up.

But I’m okay now. I came back to Earth, as they say.

I will give Neil a pass on that one

I agree. I won’t argue with anyone who builds boats. At least he didn’t build it like “The Hut of Baba-Yaga”.

The design of the legs of the lunar lander is quite an engineering feat (feet?). They were designed to crush slightly on landing for shock absorption and so as to maintain as level a launch platform as possible for the ascent stage. The crush portion is the reason the ladder stopped three feet short of the pads.

But NASA was dumb for using four legs instead of three. Whatever. 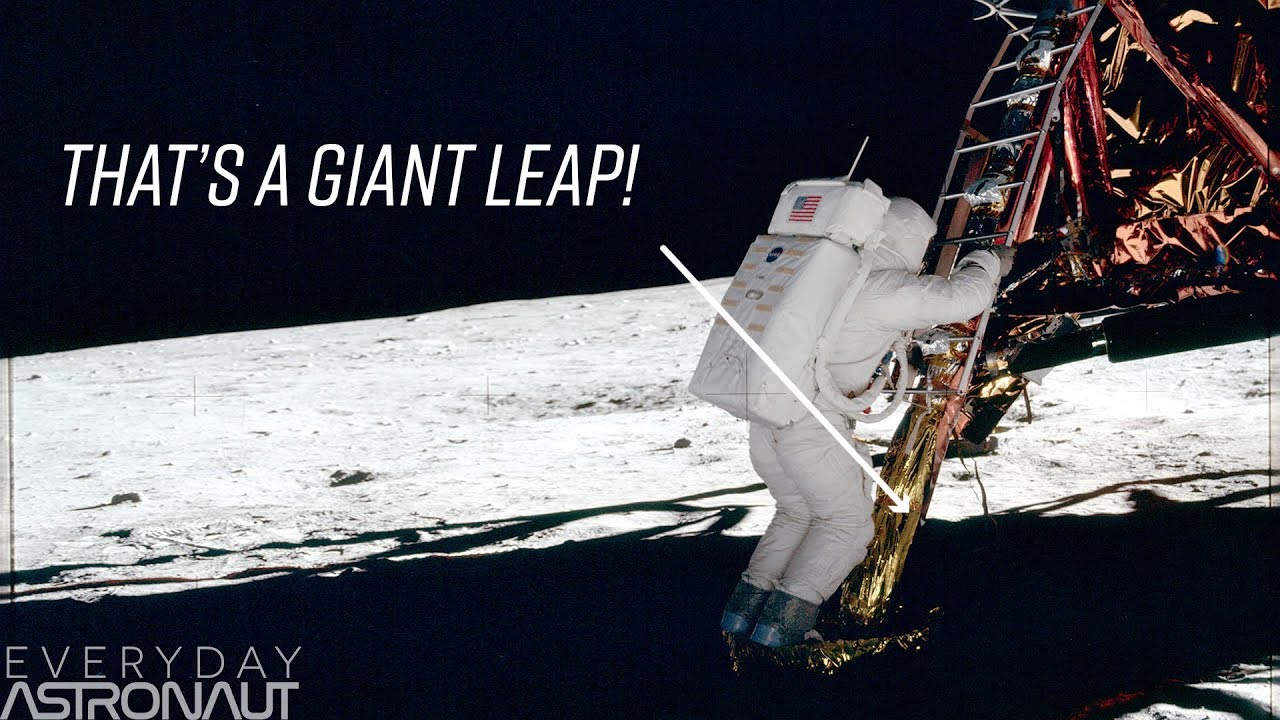 What impressed me most about the LEMs was the incredibly simple, wonderfully reliable ascent engines, and how the design was amenable to inclusion of the folded-up lunar rover and additional experiments.

“How about that LEM, huh? How about it?”

I didn't know about this fun factoid: On April, 1970, the Grumman Aerospace Corporation—manufacturers of the Lunar Module—sent a $312,421.24 bill to North American Rockwell—who made the service module that malfunctioned in the Apollo 13 mission—for...