I would have expected this from Foster’s. But Becks? Then again I don’t imagine drinkers of Foster’s would be overly fazed.

Now he can finally get that job at the beer factory! 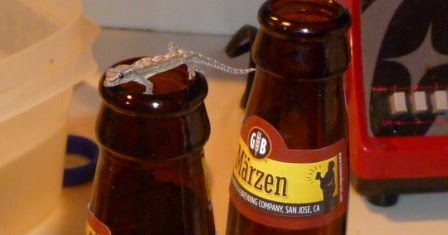 Toubbeh noticed that the beer had a foul taste

That beer, yech…
They could only have improved it.

They were sent out to fulfil the contract on the Budweiser bullfrogs, but wound up getting offed themselves?

Hallo, I’m pretty sure that this is a monkey sandwich story. There are no geckos in the Netherlands.

On a high-speed canning line, the cans are kept open-end down on the palettes, loaded on a belt, then just before they’re filled, the inside is sprayed with a blast of water, flipped up, filled and capped in the blink of an eye.

I know geckos are good at climbing things and hanging on, but I’m kind of skeptical of this one.

No idea if there’s any truth to this story, but it reminds me of my first book of urban legends:

It’s probably “brewed under licence” and not in Holland.
I used to be able to buy Netherlands Heineken now it all comes from St. Lucia.
Anyway as ever with these stories the claim is one thing proving it is quite another.

“There are supposed to be THREE dead gekos to every can!”

to be fair to Heineken, there’s nothing on their tins guaranteeing zero geckos. In terms of average gecko per can they produce he’s drunk effectively zero geckos, and have you seen the cost of gecko proofing these days? how’s a multi-national brewing conglomerate supposed to make a decent living?

According to the suit, Toubbeh noticed that the beer had a foul taste and he immediately began having abdominal pain and started vomiting. His daughter examined the can of beer and found two juvenile leopard geckos inside that it was Heineken

Leopard geckos come from places like Pakistan and Afghanistan (I know this because my daughter’s class has a couple as pets) … So where exactly is Heineken brewing this stuff for the SoCal market?

There was a time in my life I downed two Gusano Rojas mescal worms in one sitting. 72 hours later I was still tripping. Hell, I’d at least give the geckos a try.