Pretty sure the whole Roman lead poisoning thing is a myth. The thing about lead pipes is that they are actually safe as long as they can build up a layer of corrosion, which happens naturally unless the water is, say, too acidic.

Lead smelting may have been a source of a lot of lead pollution:

Roman-era mining activities increased atmospheric lead concentrations by at least a factor of 10, polluting air over Europe more heavily and for longer than previously thought, according to a new analysis of ice cores taken from glaciers on France's...

I am sure it takes a lot of work to find out more – the effects of lead poisoning from gasoline fairly recently were often hard to track, since they depended on wind patterns and how airborne lead was concentrated in water supplies, and the effects tended to be worst in young people and tracking their movements could be difficult. Basically, epidemiology is often hard, and figuring out what happened 2,000 years ago is much harder.

But I think there is little doubt that living close to a smelting operation, or working in one, was bad in Roman times, and they smelted a lot of lead. And that doesn’t get into the risks of using lead in cooking vessels. There is a lot of uncertainty how extensively lead was used – vessels rarely survived and text references are spotty – but there is good evidence that they weren’t rare, and it doesn’t take a lot of lead to cause neurological damage. Plus, the large number of people working with lead would probably have had little protection.

I don’t think it’s clear how bad of a problem it was during the Roman Empire, but it very likely was a problem, and possibly as bad or worse than in the US during the days of widespread lead in gas and leaded paint.

From the Shropshire Star: The inscription appears to mention one Marcus Trebellius Maximus, who was the governor of the province of Britannia under the Emperor Nero from AD 63-69.

No argument here. I’m sure there was lead poisoning in the Roman Empire, but I’m not sure Rome was unique in that considering lead was used in pipes, paint, and all kinds of stuff up until the 20th century. I am also skeptical that it was a factor in the fall of the empire - something that has kind of rolled off of people tongues for however long. It’s one of those mythical simplifications that try to explain the extremely complex process of Rome’s decline.

Britain was where lead (and tin) came from.

Scientists have charted variations in the Roman economy by measuring lead deposits in ice cores taken from Greenland.

Studying the ice cores may help reconstruct fluctuations in the ancient economy.

And that doesn’t get into the risks of using lead in cooking vessels.

The Romans sweetened their wine with lead acetate (sugar of lead) which must have been much more hazardous than airborne pollution.

I heard Phil Harding on the radio the other day talking about flint knapping, brought it all back. It did get a bit formulaic towards the end of the series.

They are hardly lionised, in the Detectorists series, but neither are they castigated. It is more a slow, warm, human drama set in that milieu, which to an extent reflects and drives their characters. No idea what experience led to complicated feelings but it is possible watching this may bring a change.

The experience that led to my feelings isn’t a single one. It’s a function of being a professional archaeologist regularly confronted with the destruction of heritage these people commit, with the threats and lawsuits (luckily not against myself but I certainly know people both in real life and online who have to deal with that) and with the never ending discussions about “the overbearing state taking away private individuals’ finds” whenever someone decides to embezzle finds from the public to whom our history belongs, in order to sell them on the black market, after already having destroyed 70% of the scientific value by ripping them out of the ground in an uncontrolled manner. It’s a long story, really, that would take a bit of explaining of how archaeology works. But I think one aspect that is never much talked about when dealing with detectorists is the fact I alluded to above: there is an enormous overlap with free market anti-government extremists of the BNP/Brexit Party/radical Tory variety in the UK and the AfD/Pegida variety in Germany (the two countries where I have the most direct experiences with these people).

I don’t want to be unfair: there are a lot of detectorists working with archaeology and doing everything right (like the ones in the OP) but I can’t help thinking that even they are basically holding us ransom: “we are going to do this anyway and if you want to have at least some of the information about the past preserved you better cater to us”. It’s a problem that is impossible to police so I understand why projects like the Portable Antiquities Scheme are better than nothing but they do feel a bit like surrender. That doesn’t make individual detectorists that work with us bad people at all but the whole “hobby” itself is toxic in my opinion.

I am very aware that this sounds like I am against mass participation in archaeology so I want to make clear that some of the best and most prolific archaeologists I know started out as lay volunteers. But they didn’t start out as detectorists. Rather they volunteered to look at building sites on the weekends and report any findings to the local archaeologist or to map heritage sites in the woods. Likewise archaeology clubs in the UK are a way to engage very responsibly with heritage. There’s something weirdly libertarian about detectorists though that makes everything about individual ownership of aspects of the past rather than collective learning about everyone’s past.

I have heard from multiple people that Detectorists is a good show and even watched the first episode back when it came out. But I just can’t accept the basic premise. Just how I think Brooklyn 99 is a funny show but I can totally understand that people with more direct or indirect experience of police brutality and injustice cannot bring themselves to watch or enjoy it.

Ah - I get it. Some of them are scum in that regard. 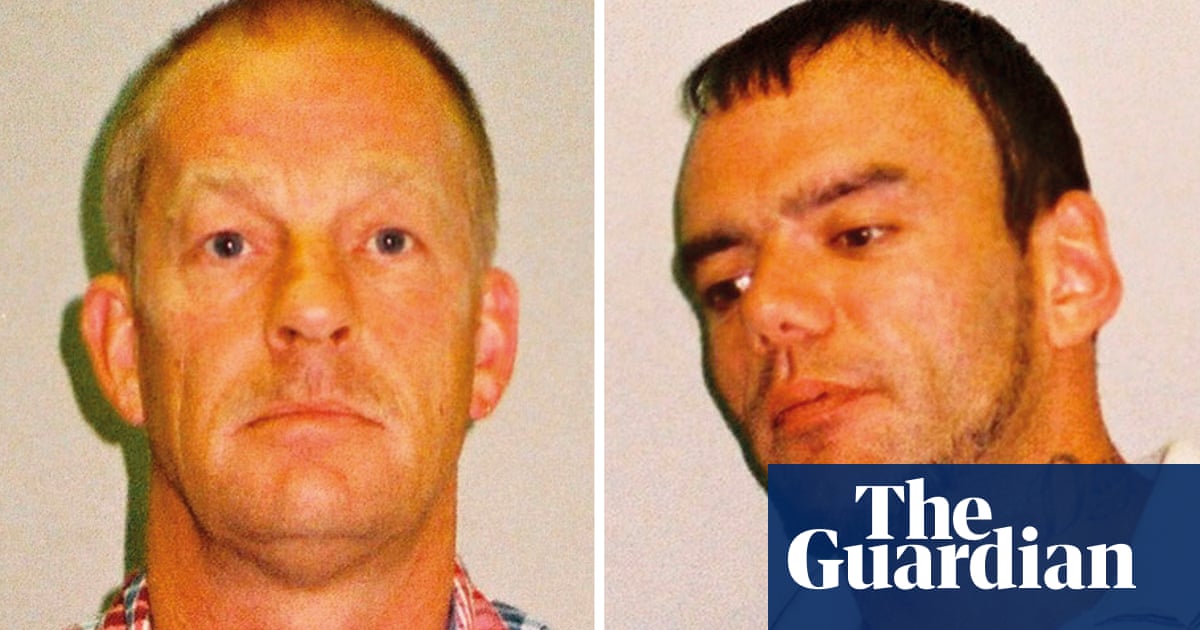 
On the other hand, there are things of immense historical value that would never have come to light any other way.

Hoard of golden treasure stumbled upon by metal detectorist ‘most important...

Archaeologists believe it was captured across several mid-seventh century battles

lf it is any reassurance, all the detectorists in Detectorists are pretty ethical in this respect. I don’t want to give away any spoilers but finds and museums are eventually involved, although it is almost incidental to what the show is really about - people.

Oh I agree about the Staffordshire Hoard (which I have gone and visited of course) or the Galloway Hoard (another recent discovery that is of interest to my area of interest). But for every one of those there is at least one Ruelzheim Hoard.

I think there’s a lot of debate, still. They used lead in a lot of things, so there’s no question they had more exposure than we do, though back in the age of leaded gasoline maybe not? They cooked with it though, using it to flavor wine and such. The lead pipes did form protective corrosion, but it also didn’t take much to damage that protection so who knows.

It’s a very interesting area of study, though! 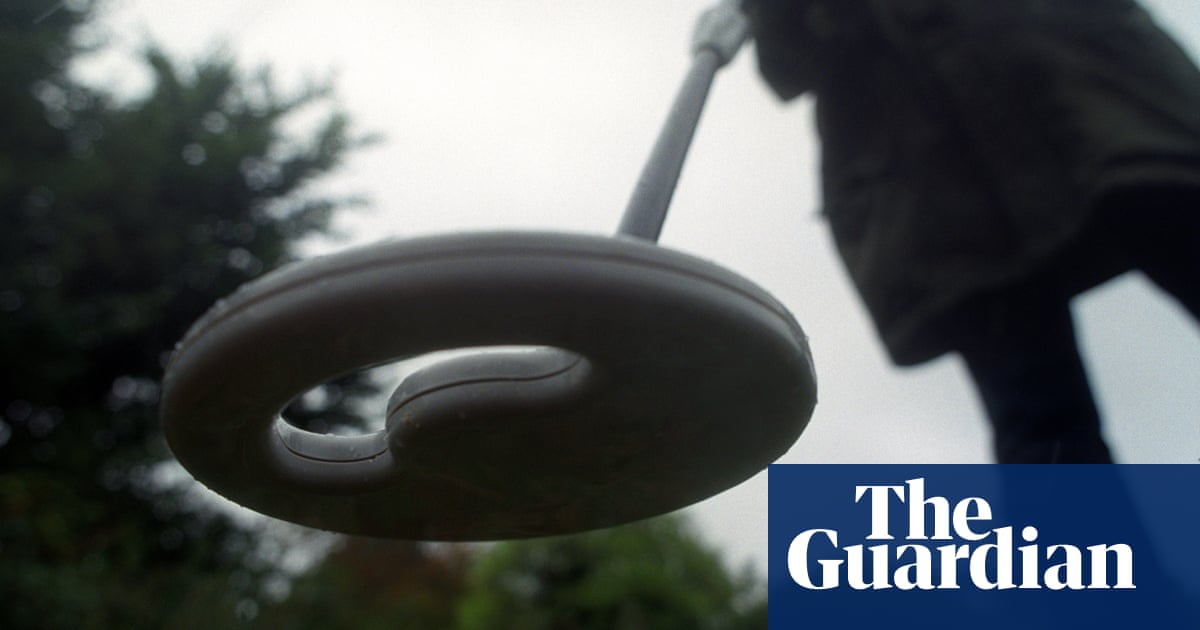 Anyone who digs up valuable treasure is supposed to report the find, not hang on to it or sell it to the highest bidder. But even under lockdown, crime continues

The lead acetate they put in wine to make it sweeter was probably a bigger problem than lead pipes.

Lead(II) acetate (Pb(CH3COO)2), also known as lead acetate, lead diacetate, plumbous acetate, sugar of lead, lead sugar, salt of Saturn, or Goulard's powder, is a white crystalline chemical compound with a slightly sweet taste. Like many other lead compounds, it is toxic. Lead acetate is soluble in water and glycerin. With water it forms the trihydrate, Pb(CH3COO)2·3H2O, a colourless or white efflorescent monoclinic crystalline substance. The substance is used as a reagent to make other lead com...

Do you want to live forever, or have good tasting wine?

So I’ve tried to look into this a bit, but the sources are pretty sparse. The first issue I have is when people say “Romans”, and the (western) Romans were around for over a thousand years spread over a massive empire, I have to wonder exactly where and when they are talking about. Then, you have the sources which were targeted at, and mostly depict, the upper classes in central parts of the empire. Did the general public outside the main cities of the empire have access to things like lead acetate? Probably, like through most of history, they were scrapping to survive on local goods. So who used it, when, where, and for how long? Looks like without delving into serious academics those questions are not easy to find answers for.

Lead poisoning can cause a variety of symptoms and signs which vary depending on the individual and the duration of lead exposure. Symptoms are nonspecific and may be subtle, and someone with elevated lead levels may have no symptoms. Symptoms usually develop over weeks to months as lead builds up in the body during a chronic exposure, but acute symptoms from brief, intense exposures also occur. Symptoms from exposure to organic lead, which is probably more toxic than inorganic le Symptoms may be...

I think I will choose eternal life and bad tasting wine, if you don’t mind.