I haven’t kept a log or anything, but I really recall him being a much more conscientious writer. What happened?

‘daß’ is but a homophone for ‘das’, but an entirely different word and then in archaic spelling. It follows a comma if it isn’t the first word in a sentence. Every time.
‘fest’, latin ‘fixum’, has a meaning of fastened or solid. Never ‘repaired’. A fixed star, not a fixed faucet.
‘für Sie’ actually does mean ‘for you’. You, if one was to formally address you personally in writing. That is why it is capitalized although it wouldn’t be.
I can’t begin to explain why only a machine could butcher those words together.

Calling Godwin’s Law on someone is unwitting support of anti-Semitism? Seriously?

Godwins law is simply an observation that someone will eventually in any forum or usenet discussion try to play the Nazi card out of context. Best case you misunderstood my post and then repackaged in your own words what you believed I had intended in order to generalize Godwin to any application. Let me restate that not all observations of Godwin’s law are anti-Semitism. I provided easy to understand examples so that people could see generally when it is appropriate and when it is inappropriate. When Jewish people, or gays, or even the most antisemitic Russian compares something to their personal or collective experience from the Nazi era internet white boys(of all races and sex) simply should not invoke the Godwin card to invalidate that part of their life and/or historical experience. To cry Godwin at any post you disagree with which contains mention of Nazis becomes akin to crying Nazi in the original Godwin context against disagreeable postings in that both are inappropriate and both actions can be anti-Semitic, racist, etc. People of European descent should be especially careful when invoking Godwin except amongst themselves in cases of obvious appropriation of real victim’s suffering at the hands of the third Reich to whine about privileged white people troubles.

Taking a historical figure five centuries out of their historical context and then using a single aspect of their character to demonize them relative currents norms is, to be charitable, deeply ignorant.

I don’t really care, though do not forgive or support rehabilitation, for figures like French King St. Louis who oppressed Jews, he is forgotten along with his hate. Though ~500 years out of date the effect of Luther’s writing was enduring, it was among the tools used to convince protestant Germans and Europeans that the Jews deserved their fate. That makes Luther toys still too soon for fun time in my book(though Playmobile does make some commentary worthy sets which would be a good context for plastic Luther), something similar to blackface junk from the late 19th and early 20th century which is still apparently funny to some in Asia.
Luther has been very well rehabilitated by his namesake church, protestantism, and their worldwide missionary effort, despite his incitement and justification of oppression which has had continuing effect, IMHO more than many other historical but mostly forgotten anti-Semities. I am surprised by the enlightened and liberal people who still claim membership in his namesake organization. I often wonder if his given name was a private sinister rider pursuing him which helped drive the Rev Martin Luther King on, especially considering his love and efforts for and with the Jewish people.
I could write about the continuing property crimes against Jews passed down from those you mention above but to put it simply the oppression of Jews at the best of times an influential but never sovereign model minority, it is far different matter than the wars, crimes, sacks, and moving borders in and between both the lords of Christendom and Church and the Islamic world.
(edit)I should disclose that some of my dislike for Luther and those inspired by him is that I grew up(and was ass kicked for) being an unsaved Jewish kid in Wisconsin amongst German descended WELS Lutherans and Mel GIbson style Latin liturgy(anti-Vatican II) Catholics. WELS the ultra-conservative literal readers of the bible as understood through the writings of Luther, a church that was too wacko even for Michell Bachman. https://en.wikipedia.org/wiki/Michele_Bachmann#Religion

This isn’t meant to be exculpatory, I find judging dead people to be something of a waste of time; but the reformation did give rise to an interesting twist in (some) christian theological attitudes on jews.

Variants of hopes for jew-conversion based on Romans 11:25 were old news(catholic liturgy has had them for ages, sometimes omitted more recently); but the notion grew up in protestant circles that a truly reformed christianity would be capable of(and distinguishable by) success in this conversion of the jews where the error-riddled catholics had mostly failed.

This attitude tended to have somewhat…disjointed…effects. In the hands of optimists, it sometimes resulted in conversion attempts that emphasized more theological persuasion and less pogrom. In the hands of frustrated reformers who were pretty sure that they had properly reformed christianity; but the jews were too stubborn to admit it(or actively denying it, by failing to convert and validate the given strain of reform) the mood got a great deal uglier.

Luther himself had a period of optimism, before the more or less complete lack of interest in becoming Lutherans soured him on the concept and he wrote On The Jews And Their Lies; but it’s something that pops up repeatedly from the reformation up until the general victory of apathy over European christianity.

When did Doctorow stop bothering with fact-checking or, indeed, basic reading comprehension? I

That ship sailed long ago.

Not sure but as above, I think the problem predates the progeny.

(edit2)Before anyone says it even a model minority like Jewish people are not considered white for the purposes of discrimination and hate crime even in the US where they have recently become tolerated in the mainstream. https://en.wikipedia.org/wiki/Model_minority

Some might say that it was only in the second half of the 20th Century that Jews really became “white”. For those who see assimilation as a positive thing, you could say “the system works” but thats only if you forget the experiences within living memory. I’d also say that this applies mostly in the US and maybe in the UK. The rest of the world still recognizes us as a separate people. Even now where the Japanese language is struggling with trying to adjust to western political correctness, the standard term for Jews is ユダヤ人 (EDIT: means “judea people”) as evidenced by this shot of the front page of a newspaper just after the Copenhagen terrorist incident: 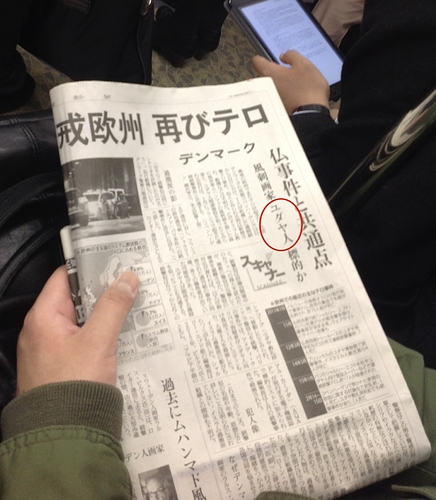 And as for Playmobil, this is as close as they get to a figurine of Jews: 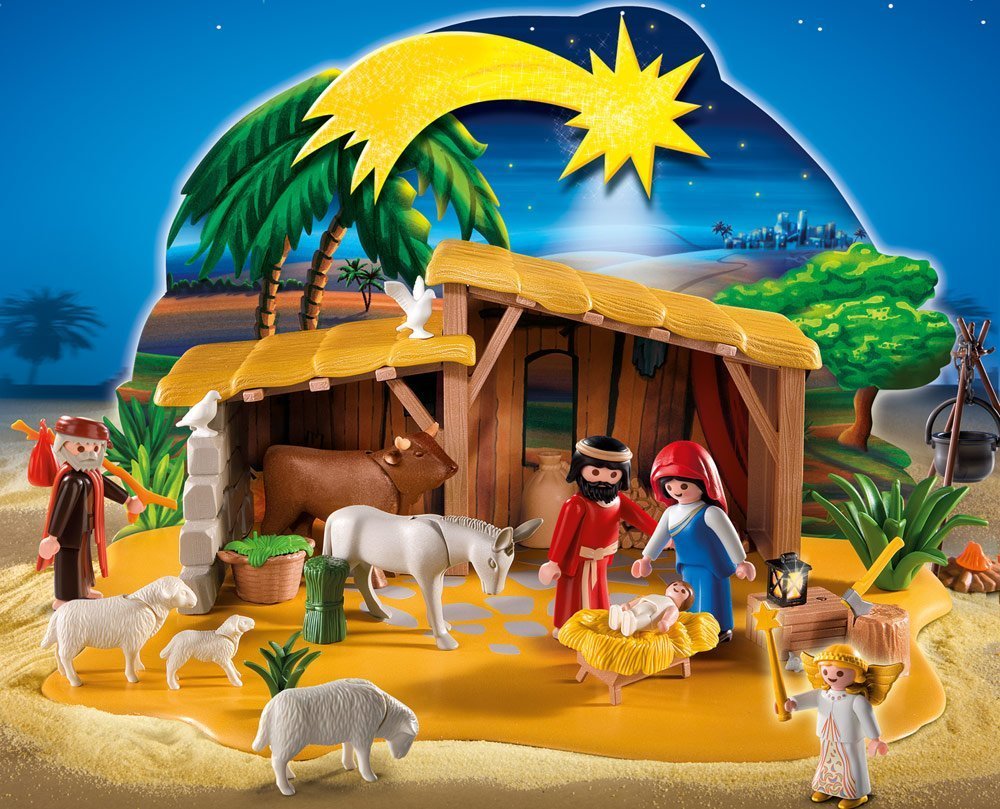 At the risk of going off topic too much, German IT hasn’t settled down yet on whether to translate “fixed”, how far it should be adopted to German declination, though the front-runners at the time seems to be gefixed / gefixt. “Da muss ich folgende Bugs fixen” is a sentence I often hear.

That’s the thing is that repariert doesn’t seem to be a 100% fit, since it maps more to “repaired” and that means it was broken. Korrigiert also seems too stuffy, too formal. So the Entwickler just fall back to using Denglisch as a way of going more general in language. German can be too unambiguous at times, but ony purists get all worked up about it.

As far as the Martin Luther figure goes, well, Playmobil is still a family-run company, so their decisions still reflect some of the quirky decisions of the company patriarch. Although the toys are more specific than they used to be, they still are a mixture of generalness and a Franconian look at things – one instance I recall is that the old farm playset was very much like the farms near Nuremberg, not at all like farms in the States. Honouring Luther makes sense when you consider that Nuremberg and Franconia has a history of being a Lutheran part of Catholic Bavaria, granted to Bavaria in exchange for ceding Tirol to the Austrians 200 years ago, so they see it as part of their identity.