That’s fine by me. Wesley Snipes’ Blade movie is a perfect piece of action cinema that can be left well enough alone. We don’t need a rebooted version full of shaky-cam-fast-cut incomprehensible fighting and crammed full of pointless uncanny CGI.

Do we have to reboot everything continuously now? Sigh.

They should call Catherine Hardwicke, Chris Weitz, David Slade or Bill Condon. These guys know how to make vampire movies.

Or call in the Spierig brothers since I loved Daybreakers and their other films so much.

Man, I just have a feeling that Blades edgy 90s aesthetics and attitude is what made it good in the first place. That and 1998 was the peak year for that glorious Big Beat sound to rev up your fight scene.

I feel like if they try to replicate it - it will come off as forced/cheesy. Making it something else may or may not hit in the same way. 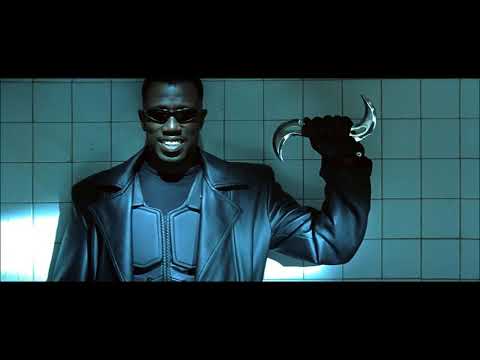 I love the original Wesley Snipes Blade movie. I also love Mahershala Ali, and I don’t see any reason why another Blade movie can’t work. Not every MCU film has been a win (Love and Thunder needs to somehow be actually retconned out of our universe, as far as I’m concerned…what a disrespectful waste of both Christian Bale, Natalie Portman, and their respective comic book counterparts Gorr and the Mighty Thor), but they have succeeded more often than not. Once they took a comic book team of space pirates with a violent, talking space raccoon and a sentient tree and actually made it work as a film, I became willing to give them the benefit of the doubt until they prove me wrong on any given film. Like they did with Love and Thunder, may it die in a fire and never be seen again.

Peak Snipes. That roundhouse kick in the middle? Perfection.

I love the original Wesley Snipes Blade movie. I also love Mahershala Ali, and I don’t see any reason why another Blade movie can’t work.

Yeah I look at it like Spider-Man. I enjoyed Tobey Maguire’s turn (even if the third installment was super-cringey) but it’s also fun to have the character around in the MCU.

Me, I am waiting for Marvel to hire Jim Jarmusch for a MCU movie. Well, not really eating for it, just putting the idea out there since his work is about as far from the MCU algorithm driven way of doing things that you can get. And hey, Jim made one of the best vampire movies out there.

Letting Tim Burton loose would also be fun, but not fit in with the rest of the Marvel æsthetic.

Just never, ever let Michael Bay or Zach Snyder near the director’s chair.

Of course we do! You can’t mean that you would prefer people come up with, you know, new ideas, can you? Why, that’s just crazy talk.