McNichol is the UK's Wasserman Shultz: Corbyn supporters will be able to vote in Labour leadership race

DWS is not in charge of Clinton’s campaign. That would be a big surprise to John Podesta and Robbie Mook, who are in charge of the campaign.

DWS is not in charge of Clinton’s campaign.

Agreed, her new position is “honorary chair of the Clinton campaign’s ‘50 state program.’”

Meanwhile, Wasserman Shultz is now in charge of Hillary Clinton’s election campaign, having failed up.

She hardly “failed”, since Clinton is the nominee. She just got picked to take the blame once the emails were released.

Now that she is out, the DNC has cleansed this foul corruption from its ranks, and will henceforth give all candidates a fair shot.

Um, guys? This is about the Labour party, not the Democrats.

the Labour Party’s National Election Committee (which makes the rules for party elections) held its own elections this week, and all six seats went to Corbyn supporters, which is bad news for McNichol and the neoliberal wing of the Labour Party.

But it is indeed bad news for the Red Tories.

And you expect a comments thread to stay on topic? Hah hah.

He is more popular than the other candidates among the voters in this election; that’s how elections work. They are currently voting to elect a leader of the Labour Party, not a Prime Minister. I back Corbyn, as Leader of the Labour Party, but I don’t expect him to win a General Election. The odds are stacked against him, as the media support the Tories, who have further cemented their hold over England with a bit of light gerrymandering.

They are currently voting to elect a leader of the Labour Party, not a Prime Minister. 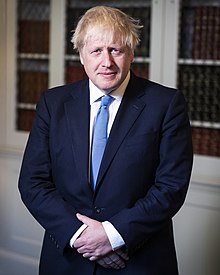 Leader of the Conservative Party (UK)

The Leader of the Conservative and Unionist Party in the United Kingdom is the elected head and most senior politician of the governing body of the Conservative Party. To date, two of the party's leaders have been women: Margaret Thatcher and Theresa May. The post is held by Boris Johnson, elected in 2019 as May's successor. There are six living former party leaders. From oldest to youngest: Those asterisked were considered the overall leader of the party. Those asterisked were considered th... 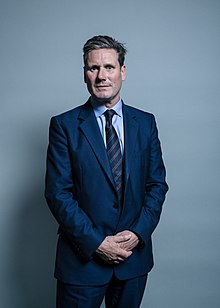 Leader of the Labour Party (UK)

On the other hand, since Labour isn’t in the position to form a government until 2020 at the earliest, perhaps you’re right. Maybe parliamentary concerns are overrated.

I would say that as incompetent as Debbie Wasserman Schulz was, the stolen mails revealed that there was a lot of plotting, but that (almost) all of it was shot down in the plotting stage. Cooler heads prevailed, and there was a lot of “God, I would love to, but we can’t” within them.

That said, McNichol is much worse because he has some semblance of competence and less scruples. He’s the sort of politician who has gotten comfortable where he is, and would rather see his party keep losing the PM slot than actually do anything that might risk his position.

It’d be nice if it didn’t derail in the first comment.

Well, if BB hired an editor, maybe it would happen less.

That’s they way I see it

I want someone keeping the candle burning for the welfare state.

If it was about the Dems, I thought she was meant to be unbiased. In which case she did fail cos she clearly was not even handed according to the DNC emails

[quote=“euansmith, post:8, topic:83077”]
I back Corbyn, as Leader of the Labour Party, but I don’t expect him to win a General Election. The odds are stacked against him, as the media support the Tories[/quote]
Not to mention his speaking style, which is just one notch up from “mumble”, and his evident lack of leadership ability. (Not that anyone in Labour’s right wing is any better.)

On the other hand, since Labour isn’t in the position to form a government until 2020 at the earliest, perhaps you’re right. Maybe parliamentary concerns are overrated.

Harold Wilson famously said three weeks was a long time in politics, and there are four years to the next election. A great deal can happen in that time, including a major economic crisis due to economic uncertainties and failed negotiations leaving the EU. The Major government wasn’t bad - in fact it was making a much better success of things than the last 5 years of Thatcher when the whisky really got to her - but it was wiped out in 1997 by a Labour Party that would have got a huge majority had it been led by Trump with Satan as deputy leader, simply because it wasn’t the conservatives.
I guess the real fear of New Labour is that exactly this will happen. The Conservatives will become toxically unelectable, a left wing Labour government will get in, and the Blairites - many of whom are not that old - will be in the wilderness forever.

I also suspect that May is too intelligent for this. She will lead the Conservatives subtly leftward. Thus Corbyn will affect the government without actually being in power, but not enough to return a Labour government.
But Welsh and Scottish nationalism and the cash-mogg-bone barking wing of the Conservatives could derail her.
Meanwhile - she’s talking to Putin. Economic deal with China, Russia, Turkey and Iran once we leave the EU?