Such good news! And the conservative conniptions are going to be fun to watch. Popcorn sales in England must be soaring right now. 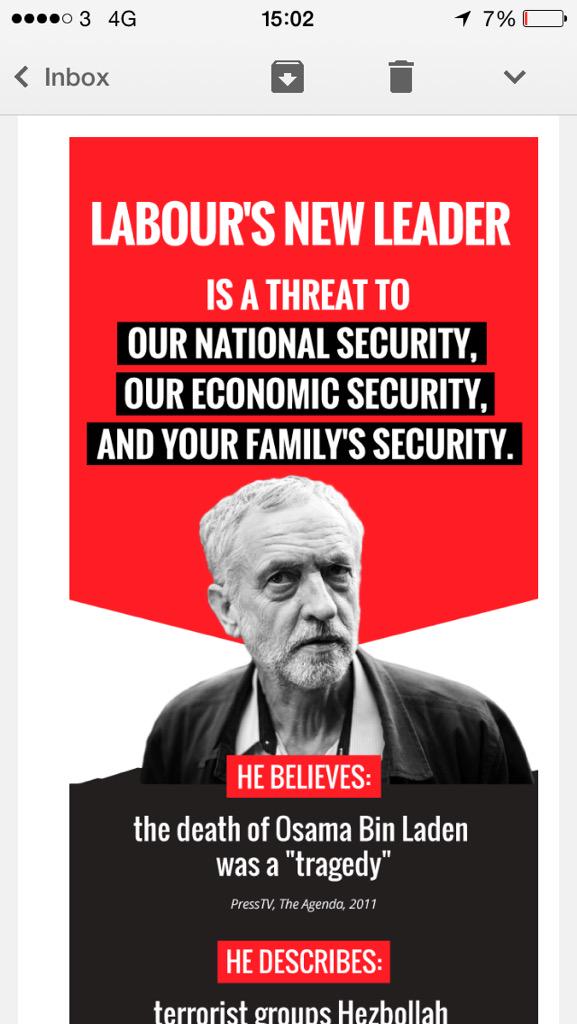 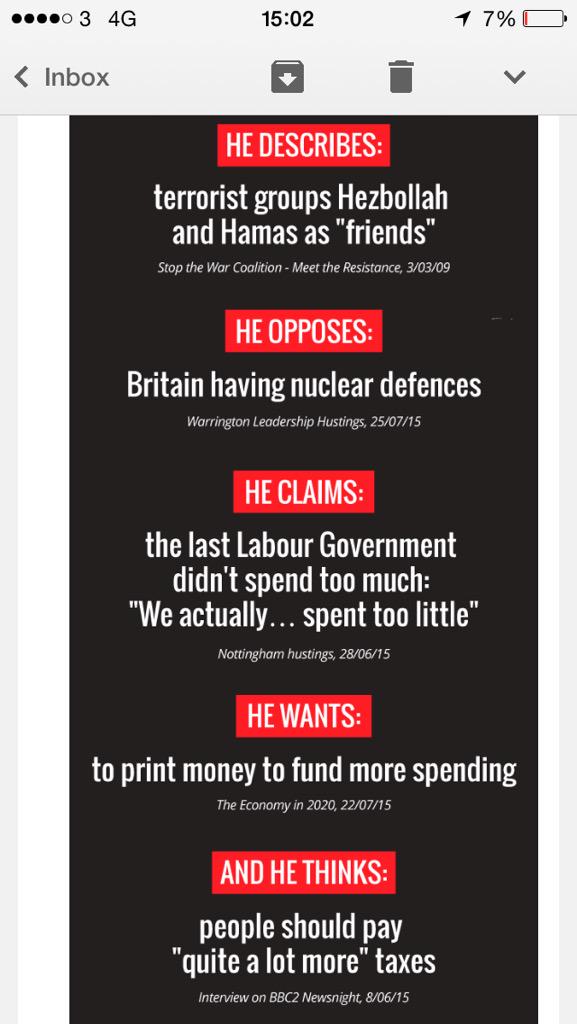 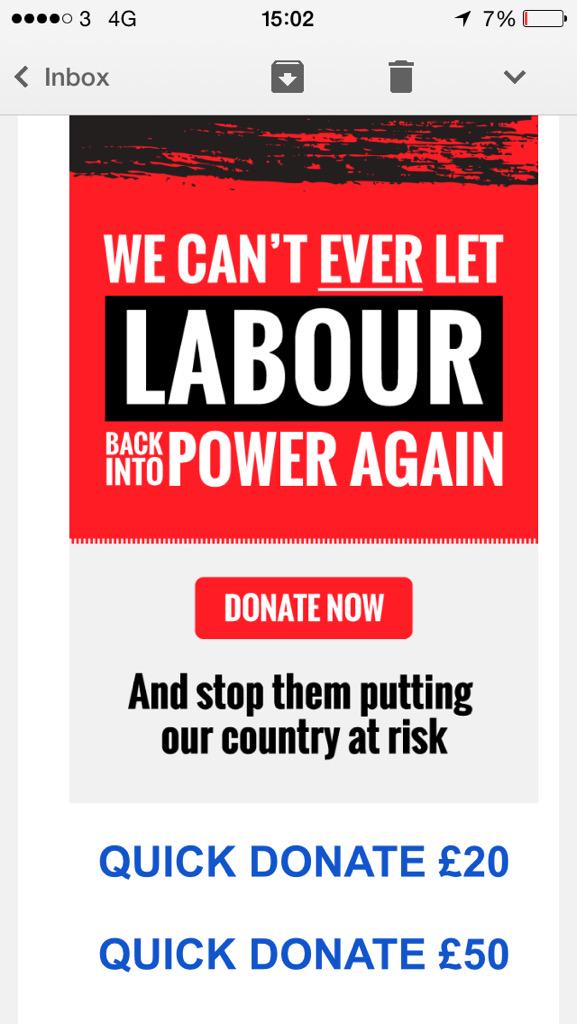 Labour are now a serious risk to our nation’s security, our economy’s security and your family’s security
9 Likes
kupfernigk September 12, 2015, 3:00pm #5

Thanks, Cory Doctorow, for a remarkably accurate post. More accurate, in fact, than the BBC and the Guardian have been managing.
Already on British websites like The Register absurd claims of anti-semitism and expenses fiddling are being posted rapidly by the Right in an attempt to make it look as if he’s been discredited before he even starts. Yet in the other large European countries, his views are mainstream. For instance, his plans to renationalise the railways - British railways are now through the network of ownership partly the property of other national governments.
I disagree with him on coal, but elsewhere he makes sense.
Worth noting too is that Tom Watson, his deputy, hasn’t been afraid to go for the media, especially the Murdoch Press, on its invasion of privacy and general lie-printing.

The Right is, I think, rubbishing Corbyn because of the rise of Syriza in Greece, of Podemos in Spain, and the growing inquisitiveness about policing abuse and political funding in the US. It is a potentially destabilising moment for them. In the Labour Party itself, the heavy opposition has been from Blairite MPs, and it is hard not to think that it is because they face the extinction of their takeover bid, the loss of their influence, but even more importantly the loss of the well paid jobs of their advisers and supporters.

Thanks for posting this, I watched the live results.
But Yvette Cooper, Liz Kendall, Chris Leslie, Chuka Umunna, and Rachel Reeves haven’t resigned (yet). Only Tristram Hunt Emma Reynolds and Jamie Reid have, with Rachel Reeves taking a backbencher position.
And Sadiq Khan, another left-sider took the Mayoral nomination from Tessa Jowell.

Popcorn sales in England must be soaring right now.

I agree with your sentiment but generally here it’s crisps (“potato chips” in American). We don’t have places where you can drive for 4 hours and never get past the cornfields.

I read that briefly as “GCHQPress” and then thought “pretty much the same really, except for David Davis.”

I’m sure I’ll be crossing some of those names off my statement in the coming week or so.

Thanks for posting this, I watched the live results.But Yvette Cooper, Liz Kendall, Chris Leslie, Chuka Umunna, and Rachel Reeves haven’t resigned (yet). Only Tristram Hunt and Jamie Reid have, with Rachel Reeves taking a backbencher position.

Of course, they don’t need to resign. A new leader of the opposition appoints their own Shadow Cabinet. So the few resignations that we have seen are just for added flounce.

Of course, while this is good news, the election of JC has highlighted exactly how divided the Labour party is. A large chunk of the party are either brazen careerists, Blairite loyalists, who want to outdo the Tories in corporatist right wing policies, or spineless cowards who think that apologising grovellingly for the few things the last Labour government did right is the way back to power.

Corbyn will be going back into parliament with more solid support for his policies from the Greens and the Scottish and Welsh nationalists than he will from his own party. The British outburst of denunciations of Corbyn has nothing to do with honest, consistent concern over anti-Semitism.

Let 'em go.
Let’s sort the wheat from the chaff is what I say.

There are a couple of good responses to that accusation.

"@HamishP95: @realDonaldTrump My Dad is thinking of voting for the first time ever for you. pic.twitter.com/1u9qi8qUPc" Great.
4 Likes
alistairmichaelkinne September 12, 2015, 4:20pm #17

She’s thinking, "does he actually have a wee Hitler mustache? ".

Parse that one carefully: “Our” does not equal “Your”
Oligarchy’s nation and economy
Prole’s family

while this is good news, the election of JC has highlighted exactly how divided the Labour party is.

It seems to be that the Parliamentary Party is divided, with the former leadership very out of touch with the members. The actual Labour Party members still delivered Corbyn a majority without the “entryists”, which shows just how deep the dissatisfaction goes. On their choice of leader they are more united than the Conservatives (Cameron and David Davis were in many ways polar opposites and it was close) or the Miliband/Miliband result.

I can’t believe Gaddafi and Mugabe sullied themselves by associating with those people.