We need a searchable, national database of every single person killed by cops.

When anyone who cares to look can see that 95% + of those people share one specific race, maybe then the problem will be sufficiently obvious to get some action.

I doubt it. Look at virtually any comments section on any website that isn’t BoingBoing or an activist site and you’ll see the vast majority of people absolutely falling over themselves to justify these murders. With Mike Brown it was primarily the “he was a thug!” and “you weren’t there, you don’t know what happened” arguments. With Eric Garner, it’s the “well, cops kill people all the time and they’re not all black! Black people just want special treatment!” argument… AND the “he was a thug!” and “you weren’t there” arguments. There are seriously people, and a lot of them, who are saying that Eric Garner’s killing was justified because he “wasn’t compliant enough”, or that, despite there being video evidence, the cops MUST have had some secret, totally reasonable excuse for murdering him.

The average American is startlingly, unabashedly racist, and I have a hard time believing that it’s not by choice at this point. Unrecognized white privilege is one thing, but the level of racism being exposed in the reactions to these recent murders goes far, far beyond that. They don’t even see black people as human beings, and somehow I don’t think any evidence, no matter how compelling, is going to fix them.

EDIT: Not that I’m saying we should just give up- the searchable database is a good idea. I just don’t think it will be enough to actually “get some action”. Eric Garner’s death has shown that hard evidence is all but useless in fighting racism in America, both in the courts and in the public eye.

Eric Garner’s death has shown that hard evidence is all but useless in fighting racism in America, both in the courts and in the public eye.

I wonder what percentage of them feel strongly that the EPA enforcing clean air regulations is a great example of government tyranny.

I think this sounds like a noble goal, but how does one even begin such a project? The software side of it is likely the easiest piece. Initially compiling the data, and then keeping it up to date seems like the biggest challenge, especially sourcing the data reliably without provoking unnecessary criticism. 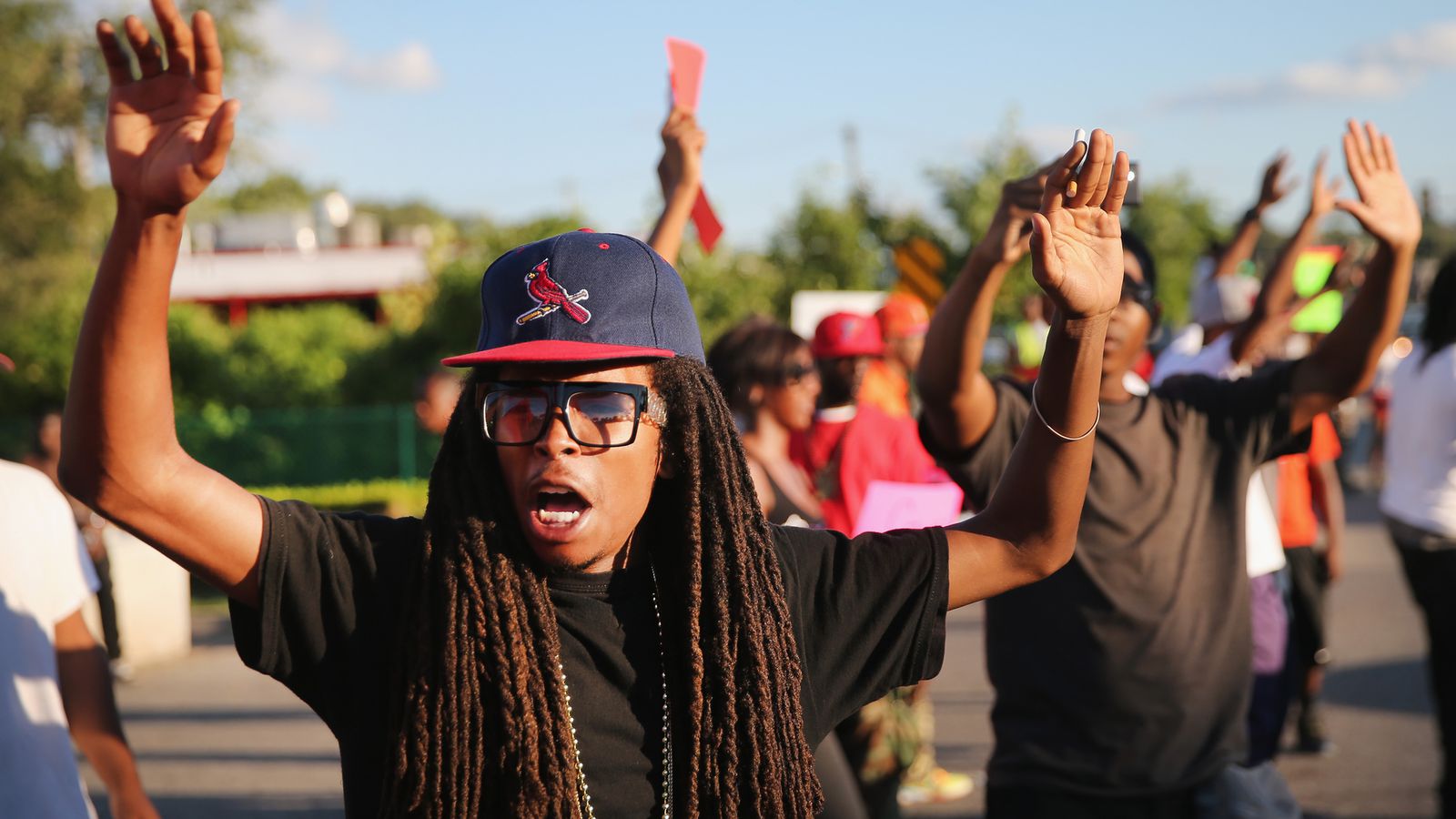 The FBI is trying to get better data on police killings. Here's what we know...

The new info won't be mandatory — but it could shed more light on the circumstances under which police use deadly force.


which suggest that police actually kill more whites. (52% of deaths vs. 31%) It is when you correct for the fact that blacks are only 13% of the population that it looks racist.
SteampunkBanana December 4, 2014, 9:25pm #8

Really? I mean, am I and all my friends some kind of weird outliers in our anger and confusion over these non-trials? Yea, I live in New York, but a lot of them live in flyover country and they’re out marching. Am I missing entirely what the average American thinks that badly? I’m being entirely serious here, as it seems so staggeringly outmoded.

I’m gonna guess that yes, you are missing the gestalt on this one. Based on only two data points, which I’m calling “Lives in New York” and “Comments on BoingBoing”, I’m gonna go out on a limb and surmise that you have effectively surrounded yourself, both geographically and culturally, with the segment of the populace least likely to exhibit tendencies toward overt racist shitbaggery.

Subtract the big cities, and it’s only a few steps removed from a coast-to-coast klan rally out there. Especially down here below the Manson-Nixon Line.

Well… fuck. That is messed up.

I saw what you did there

I’m surprised we don’t have more of this data already. Or at least a clickbaity infographic.

NYT does have a piece on this from last August: http://www.nytimes.com/2014/08/31/sunday-review/race-and-police-shootings-are-blacks-targeted-more.html . TL;DR - a few interesting studies, but not enough data to yet determine whether racial bias is a significant factor in police shootings.

There are seriously people, and a lot of them, who are saying that Eric Garner’s killing was justified because he “wasn’t compliant enough”, or that, despite there being video evidence, the cops MUST have had some secret, totally reasonable excuse for murdering him.

That’s astounding. I wonder how widespread it is, and how it breaks down by race.

There’s been a campaign where I live because a pretty, white girl was killed by her dispatcher boyfriend. Like, there’s no question that he killed her. And the sequence of events makes it fairly obvious (you’d have to be an idiot to not get it) that it was a coverup.

Nobody other than the cops question whether it’s a coverup.

Same with a student of Indian descent that was beat up and left for dead (and died) one cold night, with some questionable behavior from the local P.D. and state police. The family only found out what had happened to their son when they hired a doctor to perform a second autopsy.

Suspiciously missing from these is anyone questioning whether either of these people were doing something to deserve death.

The kicker is that very little has happened, other than people passive-aggressively putting signs up.

I don’t get the people I know who are griping about rioting. These people…I mean, even members of my family, people who have gotten upset about police brutality around the country, are wringing their hands about that poor, poor policeman over in Ferguson. And these aren’t people I’ve known to be racist, so it leaves me absolutely baffled. It’s like…I don’t know, there’s something that doesn’t seem real about the racism, more like the concept of institutionalized racism, where they get mad about people rioting over some street thug. Nevermind that the culture of north St. Louis is a product of white flight, or that there are people who would never in a million years hire Michael Brown to work for them; no, he, and those people mad as hell in Ferguson, oughta just go get jobs (which apparently magically grow on the job tree.)