Meet two cancer patients whose treatment is on hold due to US gov shutdown: an 8yo girl, and a father of 3

As if we needed any further evidence that this nation is run by idiots, their concept of what qualifies as essential services is so distorted I’m not sure they live in the same dimension as the rest of us.

What the fuck is wrong with these people where it’s okay to keep our spy agencies running at full tilt, but citizens can’t get medical care that could save their life?

How long until some anonymous chain E-mail spammer takes those stories and rewrites them to blame the denial of treatment on an ObamaCare death panel?

That would contradict their current position that the shutdown isn’t harming anyone, rather people are merely being “inconvenienced” by it. Then again contradicting their own message doesn’t seem to be a problem for them.

I love how the GOP is harping about how the Democrats won’t accede to the FDA receiving funding because Poor Kids With Cancer, and yet they don’t want all children to have access to health care. So basically, sick kids only matter during the shutdown.

How is this any different from working to stop Obamacare, which requires denying care to kids whose parents don’t have corporate health insurance?

When you have no heart, arguments from the heart do no good.

Their healthcare isn’t on hold, they can get it anytime they want, so “fuck you”, basically.

Anyway, if these people weren’t lazy asses, unable to make a mint because of the nanny state, they’d be free to go buy their own experimental studies. Essentially, it’s their own damned fault.

Doesn’t it matter that they sometimes carry American flags and blather on about the troops? Symbols trump real people.

I know you’re being sarcastic (or at least I hope so), but I’ve met people who were, and still are, convinced that, in their exact words, “People are only poor because they choose to be.”

It’s one thing when the yokel who runs the local minimart believes that. The fact that we seem to have people at the highest levels of government who seem to believe it, and act accordingly, sadly robs sarcasm of its efficacy.

Yes, def sarcasm. Sometimes it makes me less angry if I become Steven Colbert, parrot and satirize the idiocy, lest I might lose my mind.

It looks like this has all been resolved by re-designating people at NIH as “essential” after the intervention of a congressman.
After personally experiencing the bureaucracy around spousal immigration I discovered that having your congressman intervene makes all your troubles go away. I am indebted to that congressional staffer. It’s nice to see that the US works just like other third-world countries, where you have to have someone in authority who is “on your side” in order to get anything done.
I do wonder why drugs that the FDA have already declared “safe” cannot be used without government permission in the same or lower doses for trials in areas where they have not yet been proven “efficacious”.
What is the government’s interest in impeding science? Control?

And yet, Big Pharma, which both produces the chemo agents undergoing trials and has fully funded PR at its very fingertips, says nothing. Not a word, not a whisper. Apparently, does nothing, either. Not so much as an Angel’s Flight into Mexico or some other country with lax-to-non-existent drug import regulation, nor any other activity we can see at this point. Those patients get zip.

Not a crowd-sourced humanitarian project I know of, either. (Though thousands of cataract surgeries in Africa, done by two physicians of their own volition, was covered by ABC in the same hour as the shutdown.)

Not a Pink Ribbon. Not a concert, not a mud run. Not jack all.

Don’t you have to ask yourself why? Is it because we are all convinced that bitching about partisanship will clear the shutdown this week? Because Big Pharma is just that stupid that they would miss potentially the most obvious the PR opp of the decade in favor of ‘partnering with government’? Because the problem is utterly insurmountable, like a solar flare? Because nobody actually cares at all?

I think the person, with whom the idea originates, should feel compelled to carry it forth.

Nice idea. Unfortunately, I’m rather busy. I have cancer.

Sorry to hear that Alice.

There’s more to it than this. They voted to allow treatment for 30 adorable cancer kids, while fighting tooth and nail to prevent 30 million Americans from getting similar care. This is absolutely SOP.

says nothing. Not a word, not a whisper. Apparently, does nothing, either.

I think Consolidated had something to say about the subject back in 1990.

Hey, thanks. I am in better shape than those mentioned in the story, though. And I am very, very grateful for that much.

So, if I tend to be little angrier about the whole situation - that’s why. I had to see some things this past year that already made my blood boil, and am rolling through the horror stories of friends I have made who also have it. Although, the experience doesn’t seem to have blotted out all reason. If anything, it’ll make you REALLY stop and take a look at what is important or not, and what this mortal coil thingie really is. That’s a horrid/beautiful experience, in its way. And though I couldn’t actually wish it on anybody, the worst of it was probably the sense that the .gov was all up my existential kool-aid at all.

Looks like, the FDA continues to roll, and the little girl mentioned is still going to get her chemo. It does kind of point out that there’s just no way to say everybody is in this boat or that. We aren’t numbers. I tend more to think the bigger issue is that these articles and press releases tend to make us look at a given case, forgetting perhaps that THE People has to be about individuals and their freedom to make their own choices and deal with their own needs, or else it doesn’t really mean anything at all.

The little girl is a human. As am I, as are you. If it doesn’t serve us all, it doesn’t serve us. Those existing federally-funded cancer centers offer little to nothing in the way of individualized choices and care. The ObamaCare program will cut 8 million poor and those from underserved populations (read, Black Americans) out of the program altogether. doesn’t matter WHAT exact health problems they encounter. They will be judged unworthy of consideration. But, they won’t each be put in your face like this little girl has been.

I got benched for 3 months, while my doctors tried to get my treatments approved through Medicare channels - not because of anything other than our wanting to use an approved approach to a thing that doesn’t happen all the time. Not experimental, not a clinical trial. Just bureaucrazy. Pretty sure I wasn’t the first, or that this little girl will be the last.

I INSIST that we deserve much, much better than this. Because, if they can do it to me or to her, they can do it to you, too. And that’s just plain unacceptable. Not all of that happened because of this shutdown. We already had a problem and some more on the way. If something I could tell you lends a better understanding of the problem from this perspective, or a better way to solve it, then hey. I’m a happy girl. Because, I’m pretty sure nobody here likes what I’m talking about, and that’s a GOOD thing. I’d worry more if you thought it was ok.

Link to story on the little girl: 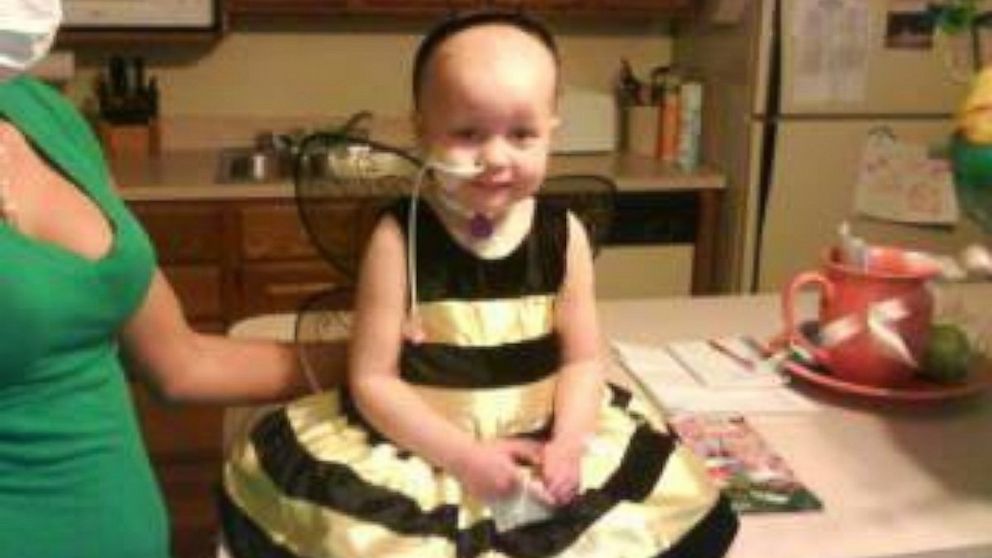 Patients and doctors fear the shutdown will hamper treatment, research.

Can you expand on that, please?

I am glad you are doing okay, and I apologize if anything I said sounded flip. It wasn’t intended that way, and I thought you had a good idea.

Editing out for having gone on too long and repeating myself.