Middle-Class Twattery At Its Finest

Today, I am proud to be British 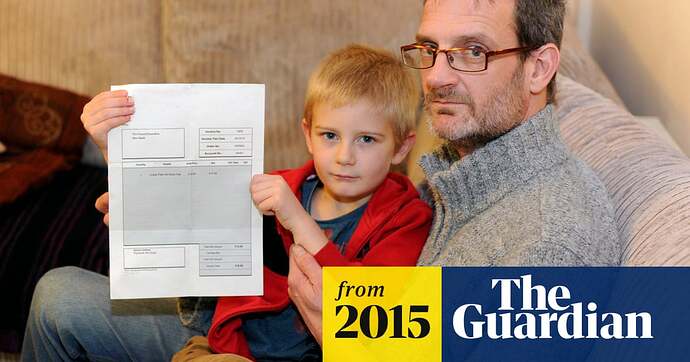 Five-year-old misses friend's birthday party and gets invoice for £15.95

Don’t double-book your 5yo.

Mind you, fifteen bar to go skiing is canny cheap, like.

Today, I am proud to be British

Are you proud to be classist, also? How do you classify your phenotypes of people, Professor? XD

I use my phrenology bust to weed out undesirables from my circle, personally.

I see it made it into “Angry People in Local Newspapers”.

Celebrating excellence in the field of local newspaper photography

I use my phrenology bust to weed out undesirables from my circle, personally.

So… you organize your social life with desire? Fascinating… Wait there, I’ll be right back!

She’s not just a twat, she’s stupid. If she sits with her tax accountant she could probably claim the lost expenditure against her income.

Mind you, she’s probably doing that AND suing the family.

I reckon there’s a whole TV show in this one little nugget.

Well, yeah. Did she really think, even if this didn’t go viral on ye worldewide interwebbes, that it wouldn’t at least make her somewhat infamous at her kid’s school?

Hoo boy, if one of the Yoga Pants Mafia tried a stunt like this at my kids’ school, I can’t begin to imagine the shitstorm that would ensue as people took sides. These higher-end birthday events are apparently no joke.

Yup. £15.95 per child cost for a birthday party at a ski place is so cheap that she should be ashamed to admit that’s all she spent.

That makes her a double idiot.

No, I belabour them round the head with it. Saves getting invited to expensive parties, see?

She’ll soon be prosecuted by Child Services for inflicting irreversible damage on her own child’s social life. That child will grow socially stunted and shunned, then as an adult sue the mother for a maladjusted upbringing.

The child will never ski again, and will move to a warmer climate to avoid any sign of snow. The family will fall apart, and the long dynasty planned by the parents, reinforced by their passive-aggressive matrix of behavioural rules, will perish in its infancy, and so the wheel will turn.

A future British ski champion has been lost to the world, and the world is the worse for it.

I volunteer to move somewhere warmer on her behalf, and she can have my draughty council flat in Newscastle I’m doing it for the kids…

This topic was automatically closed after 761 days. New replies are no longer allowed.