It’s interesting - I’m a generation (or two) before you - I graduated mid 90s. I studied an extra couple of years - on the breadline really - because the economy in 1994 was dead, finished, kaput.

Came out, got a half-decent job but in a field I didn’t want to work in; at all; but the sum of my interests. But six years of reading articles about “it’s getting worse again” kind of dampened my enthusiasm for risk-taking. And I was hungry. Like, for food.

Anyways; my overall situation now doesn’t sound that much different to yours. Which is fascinating -there are a lot of pointers that we’re entering an era of stagnation and decline; which, in empire terms, happens right after the big gala and feast.

My experience with the generations that pursued m e into the job market - and I’m not saying this is you! - in the UK - is they’ve been much less attentive to detail; less capable of clear communication; less caring of detail; less confident. I work a lot with numbers, and that stuff just shines out like a lamp - and these are people who are supposedly educated and trained in some of the UK’s best institutions. Seriously.

It’s not a moral failing on the part of the millenials at all - every generation boringly tells the next to “pull itself up by the bootstraps” - it’s a failing of the attendees at the gala feast - they’ve been so absorbed with eating and drinking, that they omitted to watch the baseline capabilities of their kids and make sure all the important stuff was going on.

Unfortunately, it’s the same with all infrastructure - tangible or intangible. The roads and bridges in the USA are a world-famous example.

People love to build. People hate to maintain. Nothing new in maintaining the same old stuff, right? Except in Sydney - they’re super-proud of their harbour bridge.

So in the project costings, the maintenance becomes boring detail, and everyone pretends it’ll be taken care of naturally. If they even notice that it isn’t properly costed out.

[quote=“TobinL, post:10, topic:69938”]
I swear the only way I can get a pay raise is jumping from job to job…
[/quote]This could not be more true. The only way to increase your income is finding a different job and getting more pay when you leave for it.

It’s fascinating that this is the case. I’ve had it myself - worked damn hard and well for a company for a number of years, and minimal pay rises, if any. With rising profits. Err … hello guys? I’ll leave!

But managers seem to listen to shareholders and investors more than academics and sociologists on employee rewards. They know perfectly well the very high costs involved in losing someone and replacing them - with good people, those costs, even at junior positions, are phenomenal, and at senior positions (even not very senior) are almost incalculable - but they are unable to act to prevent the attrition caused by people leaving.

So one leaves. Sometimes happily, sometimes not really.

Why is this? The capital invested is too short-term. Allowance is not made for long-term benefits that accrue from experience.

It’s all a bit dumb really. No wonder companies descend into a mess of politics and in-fighting.

As a Millennial, all I’m getting from your comment is 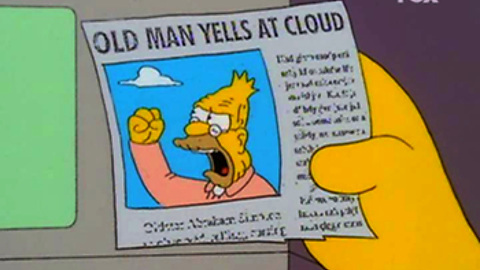 I’ve been gibbering on a bit; but then; I do.

It’s my heartfelt belief that it’s incumbent on us all - it’s our responsibility - to change this. Buy less junk, and the good stuff you buy, get it independent if you can. We’re the ones who’ve been putting the money into the big corp coffers (ok, boingers might be a little different) - and we have to persuade, cajole, force other people to avoid McD and go to the local Mom and Pop.

It’s not like anyone’s going to go hungry doing that.

Every time a sales channel gets hoovered into a BigCorp, look for a new one. Try. Try harder.

The only other way that things will change is the big disaster recession. Every recession we’ve seen has had a recovery. But speak to the Japanese about “no recovery” situations. We’re zooming towards it; when it eventually hits, we won’t recognise for may years the tsunami effect.

And remember to educate people; especially kids. Maths, English / Language, Politics, Economics, Science, Literature, Programming. Give them the tools to see the way out.

Sheesh man; what I’d give for a plot of land somewhere above 10 degrees C, and I’d farm chilis and bake bread.

I’ll drop a word for you!

From what I’ve seen so far, the actual offenses which the college administrators are accused of consist of failure to self-criticize and failure to denounce with the appropriate degree of fervor.

Why am I not surprised that that’s all you see.

Besides who wants to hire the kind of people that shut down campuses over “safe places” ? They’re lawsuits waiting to happen. I wonder how many of these hashtag warriors have made themselves unemployable by major corporations where they would get the best salaries.

Another person who seem to think that the structure of society should be determined by large corporations. If you think that, there are a couple of historical examples I could give you.

We have trillions invested in housing and we are apparently unable to develop urgently needed new antibiotics because it is “too risky” financially.

But as you say - it’s a depreciating asset. Think landlords don’t know this? That’s why they drool when they can push rents up - they can sweat the asset, converting the money income into some other asset (hey, maybe they’re buying a ranch in Oregon, or … gold). If the rents go up fast enough, then that shortens the time to payback and ‘true profit’.

You realize that many, if not most, “landlords” are upper middle class folks renting out a second property that they saved to invest in? This is true in cities and probably elsewhere. It isn’t all golf clubs and tennis.

Confession: My wife and I own a duplex as a rental. We saved and put almost 100% of our available money into it as a down payment, closing costs, and then repairs on it. We rent it out in Berkeley, which has rent control, so we’re not exactly screwing our tenants. Hell, I’ve got a tenant that I can not quite prove legally that she doesn’t really live in it and is just keeping it for the rent control and having a “roommate” pay for everything but there is nothing I can do about it. So, before attacking the “evil landlords” people should reflect that a lot of them are just normal folks who did manage to do well over the last 10 or 15 years. I’m a mid-career engineer (as is my wife).

I hope that homelessness isn’t, or doesn’t ever become, cultural.

Not to be the Token Communist, but it’s a bit too late for that: has homelessness ever let up since capitalism started?

It wasn’t as much of a thing before; the feudal system, seriously fucked as it was, technically had no unemployment and housing for all, or as close as anyone could get (at the cost of no choice of where you live and what you do unless you’re a noble).

Having an unemployed and homeless population (even when there are plenty of empty homes available) serves the purpose of making workers (the lowest-rung ones mostly, but ultimately this sorta applies to everyone but the bosses) a bit more likely to put up with shit pay because they don’t really get a choice in the matter, it’s work for whatever you can get or die.

I somehow managed to buy a second home a few years ago to rent. And I guarantee both houses put together are worth less than most people’s cars here

The latest tenents kill all the roses I had planted, the vines, most of the bushes a bunch of cacti, and the Marsh plants.

I just don’t even give a shit about the money. They killed life I had nurtured and raised. Bust through a wall? I’ll grab some drywall and patching tape. Kill the rose my wife got for me on my 35th birthday… That fucking hurt.

That seems to be what a lot of people get from me, but I am not saying

Maybe the reason that you’re so frequently misunderstood is because of your style of discourse. Lots of ambiguously rhetorical questions about general concepts. Hinting at knowledge without coming out and sharing it. Socratic questioning which undermines the meaning of someone else’s words but does not explain your own meaning. Combined, it comes across as smug but not enlightening. I’m sure that’s not what you’re going for, though!

Instead of being puzzled that people seem to constantly misunderstand you, recognize that it’s probably you who are misunderstanding how to best communicate your ideas.

Instead of being puzzled that people seem to constantly misunderstand you, recognize that it’s probably you who are misunderstanding how to best communicate your ideas.

Hey, can someone remind me when we come around to this station again? I’d like to get off.

It comes around daily/weekly/monthly - so get off as you will.