Originally published at: Millions in Houston ordered to boil water before drinking it due to power outage | Boing Boing

Is Ted still on vacation?

As a former much-too-long resident of Houston I say just boil the entire city.

but most of the people drinking water are in DEMOCRAT-RUN CITIES (that’s how the argument goes, right?) 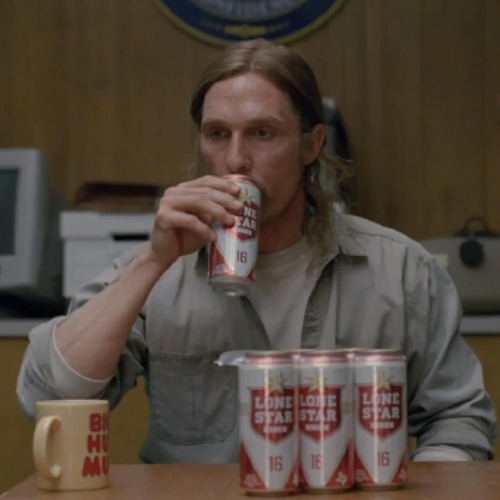 Man, if only they had an indication that their power grid was shit. Like, some major overload in the past year or two, the kind that would drive a senator out of the country for a while.

As a former much-too-long resident of Houston I say just boil the entire city.

It boils here nearly every summer, but it is hoped your present residence is more to your liking.

Although Austin gets the publicity, Houston [along with the other major cities] does vote blue.
In fact, Czar Abbott & co. lost Harris county in the recent midterms, which might help explain why they screeched so loudly about ‘irregularities’ afterwards.

Too bad the fascists running the place get to continue with converting Texas into a hellscape.

Is Ted still on vacation?

When is he not?
It’s not like he has ever done anything other than lay the foundations for becoming POTUS; anything good he may have done for Texas is just incidental…

yeeesh!
That swill gave me the worst hangover I ever had & I haven’t touched that stuff in 40 years.
Fortunately, there is an abundance of far better local beer available nowadays.

It boils here nearly every summer, but it is hoped your present residence is more to your liking.

It is. And on those rare occasions I feel nostalgic for Swamp City I just drive down to our local Road Construction Site That Has Shown Zero Signs Of Progress Since Ike Was Prez and huff some benzene.

That swill gave the the worst hangover I ever had & I haven’t touched that stuff in 40 years.

At least the brewers were honest about the one-star review.

These samples have to sit for 18 hours to see if anything grows.

Does anyone know if this is some sort of very particular test specification; or does it remain technically or economically infeasible to use some combination of cytometry and antigen or gene sequencing techniques if you really want an answer faster?

I wouldn’t be desperately surprised if municipal water systems are strikingly thinly budgeted and staffed relative to their importance to ongoing civilization, so I wouldn’t be terribly surprised if they don’t have access to fancy testing capabilities if the issue arises only occasionally and substantially simpler ones do the job for day to day purposes; but I would be curious about how close to ‘immediate’ you can get for these sorts of results, and how much the cost goes up and/or number of people qualified and equipped to do it goes down as the desired schedule gets tightened.

Does everyone have gas there?
I’m only confused 'cos here in the UK most of us (maybe) have electric kettles.
We can’t boil water in a power outage.

How could you possibly suggest that the Electric Reliability Council of Texas, under the wise supervision of the Texas Reliability Entity, might have any room for improvement; especially the sort that might let communism seep in over interstate transmission lines?

They are probably using a Collilert-18 or similar test. These are based on decades-old technology (pre-molecular biology), but they work and are cheap. Realize that they are not talking about doing one or two tests but rather hundreds in different locations throughout the city.

We can’t boil water in a power outage.

The power outage is presumably over, or will be eventually. The boil order will continue until the water lines have been flushed and tested for contamination that might have infiltrated the lines during the pressure drop.

America, you have ceased to be a first world country

And on those rare occasions I feel nostalgic for Swamp City

Isn’t that a moniker for Gainsville, Florida?

You must be referring to the Gulf Freeway between downtown & the loop… and that was almost literally true, but it has been finished for at least a decade.
Finally.
Don’t know how long you’ve been gone, but the last major stretch of construction was completed about 4 years ago; of course there is construction ongoing in varous areas, but that would be true anywhere…

and huff some benzene.

Gasoline would probably give you a richer blend of aromatics & volatiles…

At least the brewers were honest about the one-star review.

They obviously padded the numbers.

Does anyone know if this is some sort of very particular test specification;

The test is called BOD {Biological Oxygen Demand}, and requires that the sample be incubated for a period of time, then compared to the control sample taken before incubation.
I was a tech in a testing lab in one of my former lives; I would run those [and other tests] for companies needing a city water permit.

some combination of cytometry and antigen or gene sequencing techniques if you really want an answer faster?

Don’t know if they would be faster, but those types of tests would be much more specific as to whatever critter[s] might be floating around in there.

Like a lot of things in life:
Quick. Cheap. Accurate.
Pick any two.

Does everyone have gas there?
We can’t boil water in a power outage.

Gas is pretty common, but bbq pits are even more so.

I’m not boiling water, no need, God gave me an immune system and I need those germs for it to function properly.

Telling people to boil water is just another way to control us with a scamdemic.

Nope, not falling for it.

if only they had an indication that their power grid was shit.

Even if one had a power grid that wasn’t shit, you’d think they’d have back-up generators, etc. for the rare emergency event that might cause the power to go offline. To have a power outage when nothing’s going on and have no back-up and know that the power grid is unreliable… that’s just layers of infrastructure dysfunction stacked on top of each other.

America, you have ceased to be a first world country

It was always unevenly distributed here, though.

I had already made coffee, showered, and brushed my teeth this morning before I saw the boil advisory (I got back in to town last night after the power outage was over). So hopefully the extra microbes do no more damage than the hexavalent chromium already was.

Fortunately, there is an abundance of far better local beer available nowadays.