What indication do we have that they can access vaccines reliably enough to require it? And opted not to?

Vaccine supply is short and inconsistent. Our roll out has been incredibly short of the mark, and Trump left us with no vaccine and no process.

This sounds like they’re being realistic. If they can’t reasonably expect that it’s possible for staff to get vaccinated, they can not require it. And spring training apparently starts in like 2 weeks.

Their options are to delay or cancel the season, or to roll with the existing safety measures most sports are using.

Unless the suggestion is that MLB should be stepping around the public health system to source tens of thousands of doses on their own. Further lowering supply for the high risk populations we’re already struggling to vaccinate.

Given that there is an understandable shortage of vaccines this seems a reasonable stop gap measure. The other side of the coin would be that millionaire professional athletes would bet getting preferential vaccinations over say nurses, or grocery workers. Those optics do not look good. Just ask Seattle area hospitals.

WTF do they think a location tracker is going to do to prevent an infection, or an outbreak?

Everyone knows Jewish Space Lasers can only strike larger targets like forests and set them on fire. They cannot shoot down every virus particle that’s approaching a tracked player.

There are still issues with supply but we are seeing almost 1.5M vaccinations per day. Better in some locales than in others, and we’d all love to see the vaccination rate at 10x that level - but it wouldn’t have a huge impact on the overall population if the ~1500 major league ballplayers, coaches, etc. were to get vaccinated. And you could argue that there is more risk of pro athletes being spreaders if for no other reason than their job requires that they travel around the country. The optics would be terrible, though.

Rather than require vaccination, Major League Baseball is demanding all players and associated staff wear electronic tracking devices from Spring Training to the World Series.

So, are MLB telling us that there are no Bill Gates 5G tracking chips in the vaccine?

Where do athletes in their 20’s fall in the priority queue? I wouldn’t expect that they would be eligible for a vaccine for several months in most states.

Where do athletes in their 20’s fall in the priority queue?

In the celebrity “go and get yourself vaccinated” promotional tier. I wouldn’t dismiss it as it could be a useful tool against antivaxxers. Let’s not wait for a Jeff Hall. 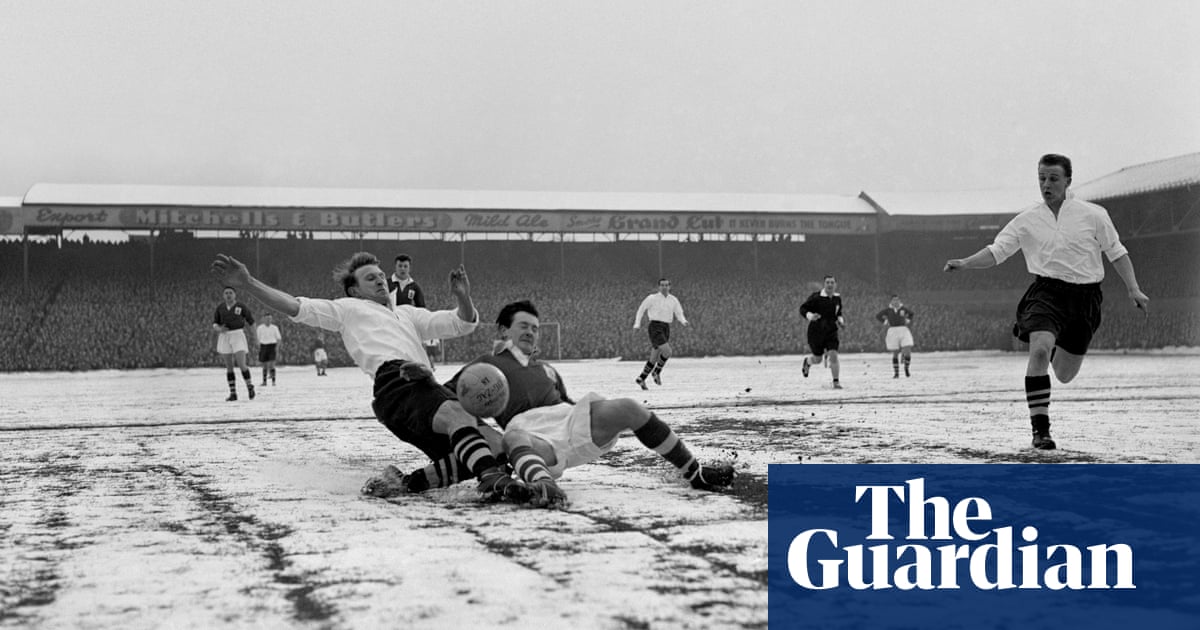 The forgotten story of … Jeff Hall, the footballer whose death turned tide...

It took the sudden passing of the 29-year-old England right-back in 1959 to get typists, secretaries, clerks, schoolboys and the rock’n’roll generation pouring into clinics for inoculation

ut it wouldn’t have a huge impact on the overall population if the ~1500 major league ballplayers, coaches, etc. were to get vaccinated.

It’s not just players, coaches etc. A given team/stadium can employ at least that many people top to bottom. And that’s before you get media operations and other outside staff involved. Obviously they’re not really running their full complements these days. But the number of people involved in carrying off a sports ball game is vastly higher than just the people on the field.

Just vaccinating field staff is for one thing not how vaccination works, and for another just as disturbing as the idea that we need to prioritize sports this early in the process.

We’re not even vaccinating kids yet, in most states essential workers outside of medical and first responders aren’t eligible. I really, really doubt the baseball folks can mandate vaccination by the end of the month.

I certainly think it would be inappropriate for them to try. And I definitely think it’s a bit weird to criticize them for not doing something that might very well be impossible.

I’m a little punchy over the subject cause trying failing to get access to vaccines has become a bit of daily feature for me. We can’t even get a fixed appointment for my over 90, with cofactors grand parents. I myself really should get vaccinated ASAP, as an essential worker in constant close contact with the public. I can’t even sign up yet. My future brother in law who is immunocompromised (but not in a way that prevents vaccination) likewise doesn’t qualify yet.

I nearly made an appointment in Philly using a friend’s address when they dropped a bunch open appointments to use up some doses at risk of expiring. I ultimately didn’t because it seemed wrong, and crossing state lines seemed stupid .

But all the public health folks are talking a serious tightening of supply through the end of the month. And vaccine sites here are reporting a fast tapering of doses available to them. One I caught reported they received about 600 doses a day last week. Monday they were allotted about 150 and they were told by the end of the week they’d be getting none.

A lot of our expectations on this roll out are just getting pushed back by months. Even in states that are managing it better. My state (NY) seems to be fucking it up left and right.

WTF do they think a location tracker is going to do to prevent an infection, or an outbreak?

This. I suppose it may be useful to trace contacts in the event someone gets Covid, and warn them to get a test and/or self-isolate, but given significant asymptomatic transmission (especially in younger persons) it’s pretty much a waste of time.

Basically, they leapt at a chance to turn all MLB player into prisoners/serfs. The panopticon tendency is pissing its pants right now with orgasmic excitement.

Being able to track contact with potential sources of infection, combined with widespread and frequent testing seems like a good policy.
It is not as though they have rejected vaccination.

I know of nowhere that the Covid vaccine is required. My hospital employs 8000 or so people, and it is not required. There are no approved vaccines for Covid, so I am not sure anyone can really expect to require it.

We have a list of vaccines we have to keep current on, including the yearly flu vaccine, and yearly TB tests. Once the FDA approves these vaccines I imagine they will become requirements in many jobs. I kinda doubt MLB will be one, though. I doubt that would go over well with the whole pampered, diva millionaires thing.