The mom passed off a tainted soft drink to the boy but claims she only meant for him to get diarrhea that would incapacitate him during an annual celebratory day where students are honored for their achievements.

There was a subplot along those lines in Boardwalk Empire in which one of the younger characters accidentally kills another student in a prank meant to give him diarrhea.

This shouldn’t need to be said, but “I only meant to poison that child a little bit” isn’t a very good defense.

There was a subplot along those lines in Boardwalk Empire in which one of the younger characters accidentally kills another student in a prank meant to give him diarrhea.

Unfortunately those kinds of outcomes on popular TV shows are far less common than the “ha ha, the protagonists successfully incapacitated the security guard (or whoever) with laxatives in order to get away with wacky hijinks.

It’s been done in countless TV shows and movies, mostly played for laughs.

Sometimes people want revenge on someone or to cheat in a contest. One thing they do is put laxatives in their drink or food. Why laxatives? Because ideally one of two things will happen: They will suffer a Potty Emergency and forfeit the …

This woman sounds guilty as hell and doesn’t deserve much sympathy whether or not murder was her intent, but it’s also probably long past time for TV and movie writers to stop using casual poisoning as a wacky plot point. Who knows how many real-life people decided to try the same prank as a result, but I’ll bet it’s not a trivial number.

A few years ago, I showed the Peas Twins an episode of I Love Lucy in response to a discussion about badass women in comedy. Unfortunately, the first episode in the list was one about Ricky “slipping her a mickey”. Did not go down well at all.

If the boy was any kin to me or simply a kid who worked hard for his grades, I would visit a horrible unkindness to that petty creature who murdered him. So pathetic that she lived vicariously through her daughter’s marks in school. I believe her daughter might soon be a motherless child.

I wonder if college admissions programs have special slots reserved for “children of incarcerated parents”, because if so Murder Mom may have actually done her daughter a solid. I do suspect the daughter will need to change high schools, and possibly her name, because having your mom murder your academic rivals isn’t exactly a recipe for popularity among your peers. Or so I would think.

Poor kids, both the victim and … well, the other victim.

I showed the Peas Twins an episode

You have Twin Peas? Damn fine! 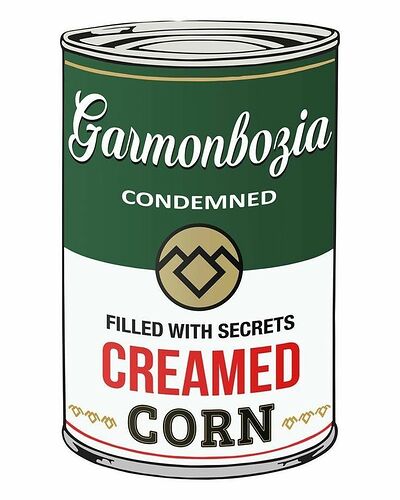