I think Peter Thiel is first in line for Trump. (not a joke BTW)

I begin to think this election can’t get more insane, then I read shit like this.

Well yeah, he’s going to put dozens of them in, apparently.

It would be helpful if our system of justice was set up for reform and rehabilitation, as it’s been show to lower recidivism rates. It’s what I’d prefer.

60 days for raping a child is an insult and shows where our priorities lie. It’s not in protecting the public from harm. It’s in shoring up the power system we live under.

“The man has not been named in order to protect the identity of his daughter.”

This was CNN’s decision but it looks like whoever made the change.org petition didn’t get the memo.

If Pakistan can figure out it shouldn’t allow family members’ forgiveness to override murder charges in “honor” killings, why can’t we figure out that silent witnesses/accomplices shouldn’t have a say in incest cases?

I don’t understand the system well enough, but can CPS remove the daughter (and sons, hopefully) from this horrible nightmare, without having to go through this judge?

Edit: And holy fuck, the prosecution had already made a deal with the rapist for 25 years. Signing that petition now.

I’m thinking CPS and the local district attorney’s office should take a good long look into the judge’s family situation. Just a hunch.

Maybe this isn’t the place for it,

but I’ve noticed an uptick in outrage for light sentencing by judges - and it always seems to be sex related. I have not noticed any similar outrage for judges that ‘throw the book’ and imprison or fine a citizen excessively, sans some drug crimes.

Any judges removed for excessive sentencing?

Edit: sorry kids, just not that invested in nitpicks.

Well, there was that judge in Pennsylvania who was railroading kids into juvi for kickbacks. Does that count in your book?

and it always seems to be sex related.

No. Rape is not sex. It’s rape. That’s the problem. Rape convictions (generally by white men) get laughable light sentences and a fair amount of hand wringing about the life of the rapist as opposed to the victim. This is just one case of that being true.

I have not noticed any similar outrage for judges that ‘throw the book’ and imprison or fine a citizen excessively, sans some drug crimes.

I think, if you ask most of us, we’re against heavy sentences for non-violent drug offenders. I’d guess most of us would prefer that the convicted rapist get the heavy sentence and the drug “offender” get no time at all.

That’s what I meant. Sex crimes.

Defendant: Your honor, when I robbed that bank and killed the teller, I got away with sixteen million dollars. That is more than enough to live well on for the rest of my life. There is no possible reason I would ever reoffend.

Judge: Agreed. You are free to go as long as you never rob a bank or murder anyone again.

I lived with a rapist for eight years, from the age of four to the age of twelve. His presence had a much more negative impact on me than his absence.

Does he go back to the same house as his daughter (seeing how mum even defended the guy).

The impact on me was nothing compared to the impact on my sister. And the mother and grandmother are fucking nuts. (I know I’m not supposed to say that. I’m sure there’s a more appropriate term, but nothing comes to mind.)

Maybe this isn’t the place for it,

How about something in between? Whatever it is, our system of justice should be consistent regardless of the perpetrator’s race/color/religion/economic background/whatever, which it clearly isn’t.

Whatever it is, our system of justice should be consistent regardless of the perpetrator’s race/color/religion/economic background/whatever, which it clearly isn’t. 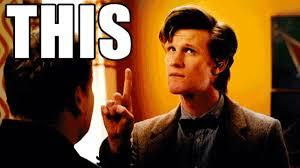 Maybe this is a thing to read:

I have not noticed any similar outrage for judges that ‘throw the book’ and imprison or fine a citizen excessively, sans some drug crimes.

Are you suggesting that only one can matter at a time?