Aaannnd this is the “small thing that makes me depressed for the day” news item.

Be selective, to start. Don’t even look for bodies. Go down there and look only for plate numbers and vins. That’s certainly within their capability. If any car is associated with a crime, then raise it. Otherwise, leave it and tag it for later if it becomes linked to a crime.

Not too hard to figure out.

Beat me to it. I read that wondering why the hell the bodies themselves are necessary–certainly the skeletons/bodies/remains can be identified by a host of different methods. How is that even an argument worth making? Oh, wait, because cops. Got it.

HOUSTON police, dude. I live here and have never had an issue, but their department is stretched thin, to the bone. So they will shuck and jive as long as it takes to not have to spend money on old crime because it is costly. They’re not lying about that part. Their reasoning, however is pretty stupid. They could have just said, “Thank you and we are working on it…” and go slow, instead of saying, “No way! Costs too much!” Bad PR skills. They could have just agreed it was a problem, waved their hands in the air like they’re doing something, and moved on. Instead… a fuck up that’s national news now.

The company that ran the sonar has already sent divers to a few of the cars: 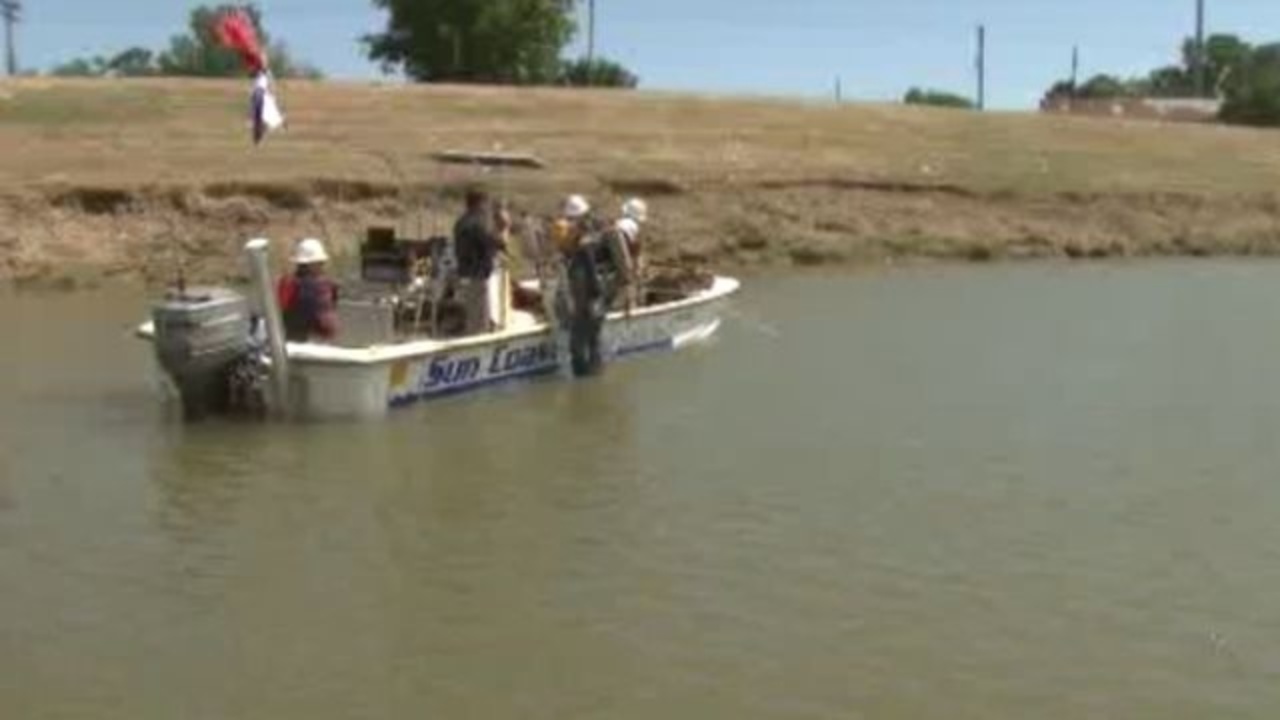 A team of Texas Equusearch volunteers located and filmed three sunken cars in Brays Bayou over the weekend.

“I certainly don’t support somebody undertaking an endeavor like this and then my dive team may have to recover you,”

Truly a man of the people.

Perhaps their response was implying that if they have to come rescue you then you’ll be looking at a charge of disturbing a crime scene or something.

Sure, because that would be $revenue$ from the lawsuit or settlement.

Maybe I’m just cynical, but when the police are so adamant that nobody should investigate a crime, I start suspecting they already know a lot more than they are saying.

How about a different take on it–I doubt there is any useful evidence down there. Yes, it would clear up some missing person cases but I doubt they would learn anything that would put a bad guy in jail. They don’t want to spend the money on something that produces no results for their bottom line (perps in jail/crime reduction.)

Sign me up. I want to live in this new world you are describing. Sounds wonderful.

I doubt there is any useful evidence down there.

I doubt this is true, not with 127 vehicles already IDed with sonar. Most all the cases will be “cold” missing person cases, but there are probably many tens to hundreds of people who’ve been living with the idea that, "Jonny’s alive somewhere, he just up and left us broke’…since 1978. Except “Jonny’s” been underwater the whole time, in a worm-eaten Dodge Dart.

The Houston police should get special funding to do this, but they should do it. Given the size of their force, they must have grant-writers who could apply for coverage.

As you say, cold missing persons cases. They’ll find plenty of dead Jonny’s but they won’t get any convictions out of it. We measure cops on criminals caught, not dead bodies found. See the difference?

You’re subtracting the human factor. In cold cases I’m willing to bet the victim’s family are just grateful to know what happened rather than wonder the rest of their lives. Yes, some might hate that they can’t blame it on a criminal, but they would still be able to put the victim to rest in their minds.

Unfortunatly we do live in that world…

“Houston is known as the Bayou City, I know millions of dollars are spent on the banks of the bayous to make it beautiful, but we’ve got a big problem that’s underneath the water,”

The issue isn’t money it is priorities.

(Or this could just be viral marketing for True Detective season 2.

No, I’m not subtracting the human factor. They should bring up the cars and identify the bodies.

I’m saying that we judge the police on bad guys caught, not on bodies recovered. Thus the police have no interest in spending a bunch of money on bringing up and identifying the bodies.

I think there was a miscommunication from my irony generator.
SOUND OF BANGING THE DAMN THING ON THE DESK A FEW TIMES

I just turned up the gain on my irony receiver…the problem could have been on my end!

Senties said most… are in locations where it’s impractical to make any recovery attempt.

What the hell? Is this guy paid to be a cop, or is it like a hobby? Last time I went to work, I was expected to, yknow, actually work. Sounds like he’s afraid it will cut into his donut time or something.

Sorry, that’s how you measure the cops. I’m quite happy to have cops find dead, but non-criminal, dead bodies. Investigating missing persons cases is part of their brief.

Having said that, it does beg the question if another group can get involved. I’m not sure about the jurisdiction over the bayous, but is there a search and rescue organisation that could get involved… something?