London Sikh community offers food and shelter to those affected. 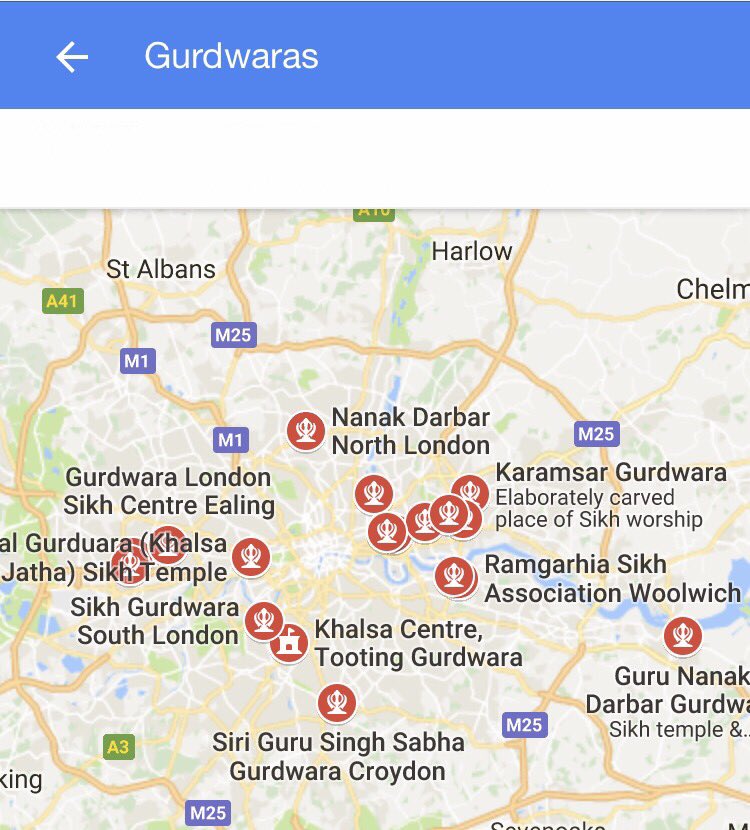 “#Sikh Gurdwaras in #London are open to serve food and shelter to those affected by the #LondonBridge #BoroughMarket & #Vaxuall incident. 🙏”

Third attack in about as many months. Been following this all night on rolling news and the reports coming out are just awful, with an ever widening security cordon.

Less than a week until the general election so the question is what will our authoritarian overlord PM do to consolidate her power? This person CANNOT be elected again, for the good of us all.

I really hate the fact that “Act of Terrorism” has been defined and elevated to be a Thing. The perpetrators are criminals in a conspiracy. Track 'em down and prosecute 'em. But I guess when your motive is to win votes and control the public, then having this special Thing works by scaring the public to death and coming up with new, special laws that restrict our freedoms more and more.

My sympathies to those affected. I hope any perpetrators or co-conspirators not yet apprehended are in short order.

He’s a fucking piece of shit and I apologize to the shit.

Theory - visibility? Do something terrible there and it’s plastered over the media for days/weeks. Do the same thing in Africa/Asia/South America and it’ll be reported on for a couple of news cycles before disappearing.

Terrorists attacking innocents in an attempt to push easily-pushed politicians and their backers into retaliating on other innocents in order to perpetuate to violence. Same as always.

We had a similar attack in Melbourne in January. The person charged with the crime only seems to have decided that he was a Muslim after the event. 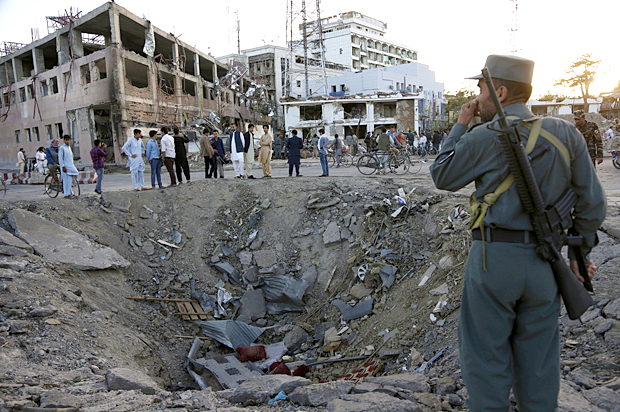 We mourn Manchester, but not Kabul: How biased coverage of terrorist attacks... 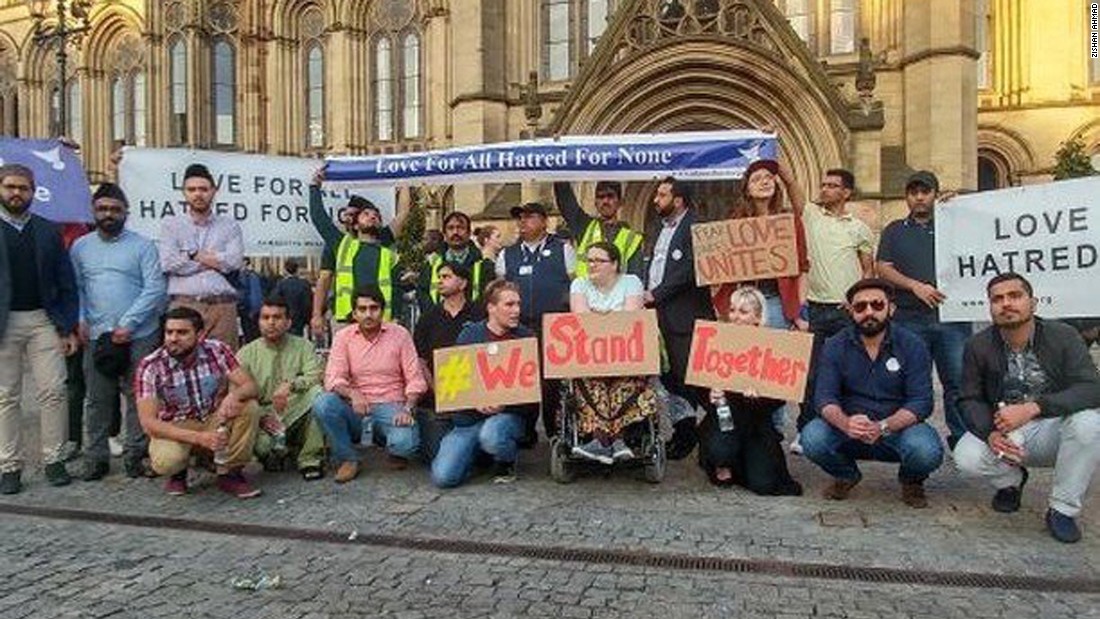 A group of Imams and Muslim youth drove to Manchester from various points of the UK on Tuesday to show their solidarity to Mancunians after Monday night's deadly terror attack.

For Ahmad, the vigil was an experience that brought people together.
“People were approaching us, hugging us,” Ahmad said. “It allowed us to show the local community and world at large that terrorists have nothing to do with Islam.”

Christian Identity is a unique anti-Semitic and racist theology that rose to a position of commanding influence on the racist right in the 1980s. "Christian" in name only, the movement's relationship with evangelicals and fundamentalists has...

But let’s not forget that Christianity means peace.

it’s kind of off topic, but the original ban was (on paper) 6 months, and the point (on paper) was to use that time to get special vetting in place. well. they’ve had 4 months now, the stated reasons are therefore soon to be meaningless. ( and, i’d bet that’s part of why trump’s team is asking the supreme court to weigh in before the lower courts have decided. it seems like the lawyers are about to be given another nail for the coffin. )

Terrorists attacking innocents in an attempt to push easily-pushed politicians and their backers into retaliating on other innocents in order to perpetuate to violence. Same as always.

i too think that’s the reason. the more the world focus on them, the more prestige and legitimacy they gain.

i was recently having this argument on facebook, where friends of friends were arguing that islam is the problem. those people failed to see how polarization feeds directly into isis’s hands. when we pretend isis represents islam, 1.5 billion peaceful people’s beliefs are written off as evil.

polarization helps the people at the top of the economic chain, and no one else. Britain is better placed to fight terrorists outside the European Union, the security minister says.

In the wake of the Brussels and Paris attacks which exposed major problems with security on the Continent, there is growing concern over terror attacks in France during the Euro 2016 football tournament which begins today.
…
Mr Hayes, who is part of the Vote Leave campaign, says that Britain on its own is able to combat terrorism “at a more global level than most

Why now in particular? Don’t know.

The mechanics of and reasons for terror as a tactic are pretty extensively documented both from lots of perspectives. Terror can be a specific tactic in low intensity conflict as a specific strategy of war fighting(1)(2)

Terror as a tactic requires a visible target in a populace that is not united towards the cause of the low intensity conflict. London’s civilian population satisfies both these conditions

Terror as a stragety may be understood as a variant of strategies of trying to exhaust or coerce an enemy. Again, civilian targets like London satisfy these conditions.

Why lately? From both the strategic and tactical points of view, timing is essential. More attention is gained during times of relative peace than of greater conflict. Occasions such as large public events are considered particularly useful.(3)

Why now - because ISIS or whatever amorphous group it is has promulgated simple, low capital-intensive strikes on civilians.

Al-Q seemed to favor The Big Spectacular strike; these new awfuls seem to be saying ‘just go out and kill, maim’ to any crazy who will listen - and they’re being picked up by the idiots who perpetrate.

GB is doing a poor job of ‘stopping radicalisation’ or whatever they were doing when they kicked old hook hand out of the country.

Last night was a rampage attack - I’m sure we’ll see more, sadly. It’s so easy to organise, so low cost, so effective.

I live 20 minutes walk up the road from Borough Market. It’s the kind of place that we might go for a summer evening walk with our kids. Yesterday, we didn’t, and I don’t yet know if any of my friends or acquaintances did.

There are no simple answers, but here are two observations:

Education: Eleven years ago I was looking for a secondary school for my daughter in Central London. Most of the places I saw were institutions I wouldn’t send a dog to, uninspiring, brutal, hostile. I managed to get my daughter into a nurturing state school environment, but my overwhelming feeling was, and I tried to explain this to anyone who would listen, that although I might have found a nice environment for my kid the vast majority of her contemporaries will attend schools which I believe will damage their souls and spirit.

So unless my kids spend the rest of their lives in a high security gated community, we have got a problem–because those kids who went to those brutalising schools, where they are treated like dirt will grow up, and they will be adults who will be her contemporaries. And those kids will create damage.

Opportunities: The kids with whom my daughter went to school are in their early 20s and in London, with no family support and a miserable education, their chances of doing anything worthwhile, even feeding themselves is convergent on 0. There is and there has been no opportunities for young kids in London–and this is one of the richest cities in the world.

In contrast I grew up in Budapest / Frankfurt / Cologne / Salt Lake City in 70s and 80s. There was masses of things to do. From the age of 12 I attended art / sports / debating clubs my parents didn’t even know where I was–had nothing to do with organising it–in London today, that would be impossible. Playing in a football club will cost you £500 / months-- who can afford that?

So, my theory: These were young men in their 20s who grew up in the South East, with a hurt ego, feeling emasculated desperate to show the world that they were real blokes–who ought to be respected and are not to be messed with. It’s the same twisted logic that motivates the same kind of kids to be in a drug gang.

But one thing is certain, these were young men. There is a crises of masculinity and unless we help young boys to find ways to become part of the mainstream community–this problem will not go away. Have a read of this insightful analysis of the Prevent strategy and its utter failure.

A colleague of mine at Oxford was asked to see an undergraduate who was falling behind in her work. The student – a Muslim – explained that she had been suffering from depression and was being treated for it by her GP. My colleague believed the...

EDIT to correct appalling typos… combination of auto-correct and me.

In principle you might be right, every life is precious. But surely, you would mourn the passing of your loved one more than that of a stranger?

It seems unreasonable to expect people living in Britain, those of us who have friends, connections to Manchester or London, to have the same emotional response to an event half across the world than an event that happens 20 min walk from my house, where I and people I know pass daily?