…names that are unwelcoming to marginalized communities…

To be fair, the murder hornets rarely kill anyone. How about “aggravated assault hornets”?

So the hornets are putting behind their wild punk youth and settling down and becoming “respectable”. Maybe get an accounting job, maybe a little house in the suburbs.

This is like that time they tried to rename the murder Kroger to the “beltline” Kroger… ATLiens know the truth.

They have been renamed, “Qualified Immunity Hornets”.

The murder part was seen by the ESA as redundant because all hornets go Demolition Man - Code 187 and kill to eat:

The marginalized part was referring to “Giant Asian Hornet”, and they have lots of “giant” hornets there, so going geographical was a more accurate name. This whole name change campaign started with the Gypsy Moth, and will continue till all of the common names fall into the new naming scheme. ^___^

rename the murder Kroger to the “beltline” Kroger

Thanks Professor, reading the Wikipedia page for that was an eye opener! 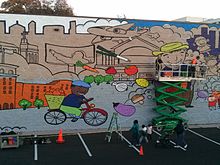 Murder Kroger is the name by which the Kroger supermarket at 725 Ponce de Leon Avenue in Poncey-Highland, Atlanta has been known for decades. Despite ongoing development in the area, it has been described as a nickname "that just won't die". Kroger reopened a new store on October 16, 2019 at the same location, as part of the 725 Ponce development. Despite hopes from Kroger officials that the nickname "Murder Kroger" will not be applied to the new store, the name has already been adopted to ref...

As with the “asian” moniker, that would be redundant when discussing hornets.

This is like that time they tried to rename the murder Kroger to the “beltline” Kroger… ATLiens know the truth.

Renaming it is weak sauce. They should have used it in their advertising: “Murder Kroger – our prices are to die for.”

‘Murder hornet’ was low effort sensationalist bullshit anyway, glad we’re getting somewhere. Not like anyone will give up the stupid name.

Northern giant murder hornet, got it.

Renaming it is weak sauce. They should have used it in their advertising: “Murder Kroger – our prices are to die for.”

they could’ve also gone with the “gun reform now” kroger. even if not as catchy, it’d have been great to see that in advertisement everywhere

I live in Japan and those great northern hornets are frightening. They are often the thickness of a finger and are really scary looking. The strange thing is I have never been attacked by one of them like I have with wasps in the US.

what about “mandarinia”? Is that not a reference to where the type specimen was found?

what about “mandarinia”? Is that not a reference to where the type specimen was found?

This ESA campaign is focused on the common name only. I wonder if the binomial name could be changed since the epithet is chosen by the person who publishes the discovery first. I’m sure it’s happened before, but I’ve not heard of it happening IIRC. ^____^

reading the Wikipedia page for that was an eye opener!

I had a friend who lived basically across the street from it (across and then one street back) in the 90s. That area used to be pretty rough, but it also had lots of gay bars, etc, and of course the infamous Clermont Lounged! It’s pretty gentrified now… the beltline goes through there, they’ve turned the old City Hall East into an upscale mall, the Clermont Inn is a fancy boutique, houses are going to over a million in some parts of that neighborhood. The only old school “seedy” element that still kind of persists is the Clermont Lounge, and that’s because lots of famous people drop by to see Blondie crush beer cans between her boobs…

They should have used it in their advertising: “Murder Kroger – our prices are to die for.”

I’m sure they don’t mean to kill anyone so how about “manslaughter hornets?”

Even gentrification can’t kill a sticky moniker like Murder Kroger. ^___^

I’m sure they don’t mean to kill anyone

One could argue that because of their programming, it’s involuntary manslaughter like David Rackoff’s bestiary tale The Scorpion and The Tortoise. 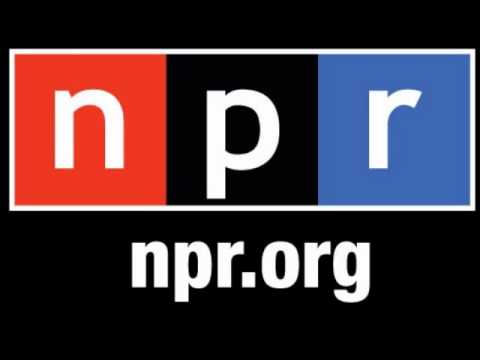 Scientific names have firm sets of rules based around priority; once something is validly described, names are typically only changed if there’s some kind of taxonomic problem. It was to make it possible to track millions of species without getting lost in individual opinions on what names suit them best. Inappropriate names are supposed to be avoided but right now there is no agreed way to change them, as the poor beetle Anophthalmus hitleri attests.