Anyone here know how to do that? Stunned silence so far…

Anyone here know do do that?

Well, you could start here: 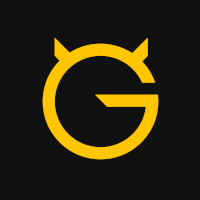 If you recognize a few chord shapes, like an Aminus4 to Am, that should help orient your fingers.

Nancy wielded a flat pick. The tab indicated fingers (thumb for the drone string). But I do understand her approach to “the feel.”

There is mention of being influenced by ‘Angie’ off a Paul Simon album. It’s actually ‘Anji’. You can see Paul playing it live here (Paul Simon: Anji), but the original was by Davy Graham (no live versions I can find (Anji: Davy Graham), but watch this live clip from 1963! Davey Graham, live to see and hear just some of what he could do). Davy/Davey Graham was immensely influential

she is SO underappreciated. what a freakin’ wizard she is. god i love that intro. this is my favorite video of her just kicking all kind of ass (in those boots!) on this:

EDIT: not sure why it says the video is unavailable. the link works fine for me when i copy & paste it into a new window : (

Wizardry indeed, but i still think this song is superior. More rousing, as it were.

What year is the video from?

Nancy wielded a flat pick. The tab indicated fingers (thumb for the drone string). But I do understand her approach to “the feel.”

I think she was doing hybrid picking. You could just get the notes out by finger picking, you just wouldn’t get the same kind of attack.
¯\_(ツ)_/¯

@Franko and @milliefink’s videos are from really early in Heart’s existence. I remember going to the Stampede Corral in Calgary shortly after the song Dreamboat Annie started getting lots of airplay, I think in Spring of 1976. Not a lot of the audience knew Heart were a seriously hard rock band until they blew onto the stage and opened with Crazy On You really, really loud. Made sense as they were opening for ZZ Top.
Possibly the loudest or 2nd loudest concert I’ve ever been to. I listened to about 2/3 of ZZ Top’s show in the concourse because they were literally deafening, even with tissue stuffed in my ears. Sorry to digress.

i love that gentle breeze that blows her hair right before she busts out that opening riff.

Nancy Wilson is an absolute treasure and one of the many reasons I am proud and happy to be a Pacific Nortwesterner.

This guitar lesson video does more to lift my spirits than any unlikely animal friendship than has ever been filmed.

That kind of defines how I use a flat pick—only because I never learned to fingerpick. The trick is to be able to shift between holding the pick lightly enough to pick the individual strings and stiffening up grip when you need to strum to achieve the desired dynamic.

Ah! The thumb pick she spoke of.

That kind of defines how I use a flat pick—only because I never learned to fingerpick. The trick is to be able to shift between holding the pick lightly enough to pick the individual strings and stiffening up grip when you need to strum to achieve the desired dynamic.

Yeah, you’ll probably be holding the pick a whole lot tighter when you get to the main song where the strumming is fast and furious, you know, being inspired by the Moody Blues’ Question. You still want to have a plucking finger free for the intro part where she’s going up in 6ths (hybrid picking).

What a lovely, relaxing bit of video this is.

Shouldn’t that read, Ducks and Drums?

Nancy Wilson will be missed from Chaos Canyon.

Growing up listening to the stuff my brother liked, I loved so many of the intros, but then was always disappointed because they turned into some heavy metal rock song or other after a few bars.

The intros were inventive. The songs themselves, much more formulaic for the most part. Often quite good for what they were, I’m sure, but not as much to my tastes.

That being said, I still love many of Heart’s tunes, and got to see them a couple times in concert back in the day.

Watch the video of Crazy On You from the 1970s that’s been on YouTube for years… She finger picks the intro (it’s said she’s never played it the same way twice in 45 years of performances), then grabs a pick from her mic stand before backing up to a crouch to start the main song with her trademark knee lift.