So sad, it happened same same for me!

Diy sugar rockets are more fun in my experience.

Such fantastic failures!!
My little brother cracked one off that started to fail just enough to spiral straight at 19 people (yes children people too) the panic was glorious since nobody got hurt.
True fact.
Try sugar bombs yourself, or not, I still enjoy it but that’s just me?

You store that and century old TNT on your clothing drier?

I too love the goes boom, and the controlled slow burn of a rocket. Ever make your own? Ask Elon

blowing up diy toys is so much more fun!

For a guy who’s about to go up in a SpaceX rocket, it’s pretty funny that he launched an Amazon one.

I’d like to make mini-sugar-motors someday. I’m not in a rush.

It would be tricky to make an accurate Falcon 9 model which is stable in flight, since the Falcon 9 relies on active steering rather than aerodynamic stability. I think I’ve seen some with transparent plastic fins. A friend I used to build silly, simple model rockets with went deep down the rabbit hole of building models with active steering and was trying to do a SpaceX-style vertical landing. not sure if he ever succeeded, but it looks like he got close:

I think he’s on an impossible mission here–hobby motors simply don’t have the precision for what he’s doing. It looks like he’s close on the thrust vectoring but thrust and burn time aren’t predictable enough–I doubt it’s possible to do much better than the last test he showed–kill the descent velocity but then fall out of the sky. In his drop tests there’s no safety issue but on a real flight he has the big problem that the rocket is going to come down on a tail of fire in an unpredictable location. You ensure there’s nothing that will catch fire on takeoff, but how do you ensure that on landing?

Wow, 24 comments and none giggling about him “launching his own rocket”

That’s assuming he sticks to manufactured solid engines and doesn’t go even deeper down the rabbit hole and build a throttle-able hybrid engine. He talks about different engine types in the video @lava linked. 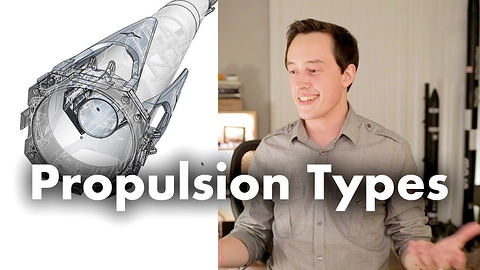