NASA: Mars may have once had more water than Earth’s Arctic Ocean

Wow, I really like their methodology. Still, there’s a big difference between “Mars may have had an ocean” and “Mars had an ocean.”

Reminds me of these plots from visual statistix show a hypothetical mars with oceans at different levels (with the moon as an additional bonus). How much faster would we try to go to one of these places if they looked like that? 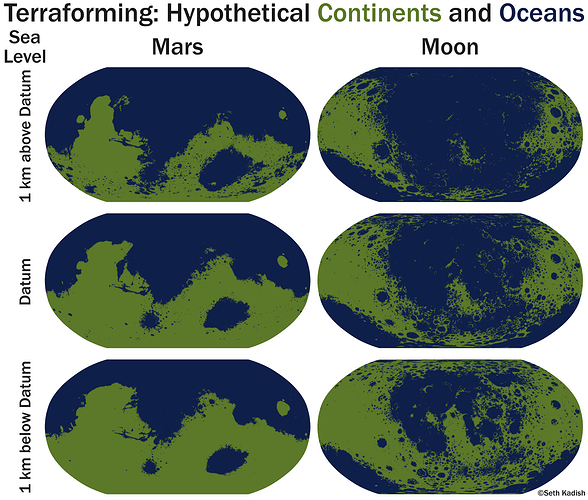 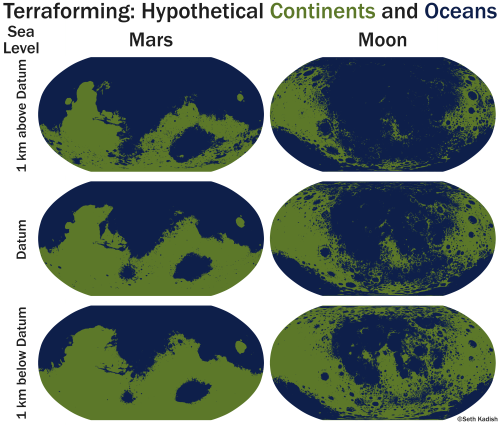 Vizual Statistix • Terraforming other planets is a common theme of...

Terraforming other planets is a common theme of sci-fi books and movies; humans need to leave Earth and inhabit new worlds, but first they have to make them livable. These maps are a play on that idea. I used digital elevation models of Mars (where a...