How to grow algae on Mars

Originally published at: How to grow algae on Mars | Boing Boing

So, could be that we send a probe to Mars to grow algae and the terraforming begins. Over a few million/billion years life evolves, and then intelligent life. Meantime, our planet goes to shit and we die off. The descendant Martians take a look at earth and think “we could Marsaform that place” and send a probe with bacteria. Meantime they die off, and on earth a new intelligent life begins to evolve. . . . . and so on and so on.

Kim Stanley Robinson describes a plan like this in his novel “Red Mars.”

So the algae was presented with the same options to feed on as it would likely find on Mars — lots of nitrogen and CO2, at very low pressures. And it was able to thrive. That’s pretty cool!

To be careful here - it’s not quite “the same options” as it would find on Mars. It’s an environment that could be derived from some of the raw elements present, but is heavily modified.

The reactors were at a higher pressure than Martian ambient (albeit much lower than Earth pressure), but more importantly their “MDA-1” doesn’t even remotely resemble Mars natural. It is extremely nitrogen rich – ~96% nitrogen/4% CO2 – whereas the Martian atmosphere is almost exactly the reverse of that (95% CO2, 3% nitrogen).

So technically the same components, but in radically different amounts. In order to build that up on Mars you’d have to process fairly large quantities of air through some kind of nitrogen extractor equipment first. Not impossible by any means (we do it all the time on Earth to make gases like Argon) but a bit more effort than just growing it out on the Martian desert, or with slightly pressurized ambient atmosphere.

Yep, he does. While I think those particular books are a bit of a slog, he’s really fantastically knowledgeable about science in a lot of fields and puts to good use all that research to develop plausible science fiction stories.

Maybe it already happened once. Mars could have easily seeded life on young Earth, it seems, but I don’t think we get another go around. Eventually, the sun will be a Red Giant, and long before that it will have grown so bright it will boil away our water.

So I’m pretty sure we have to quit doing all these side quests and mini-games and get back to building living habitats and re-engineering life for space like the cool pictures in the simulation trailer. 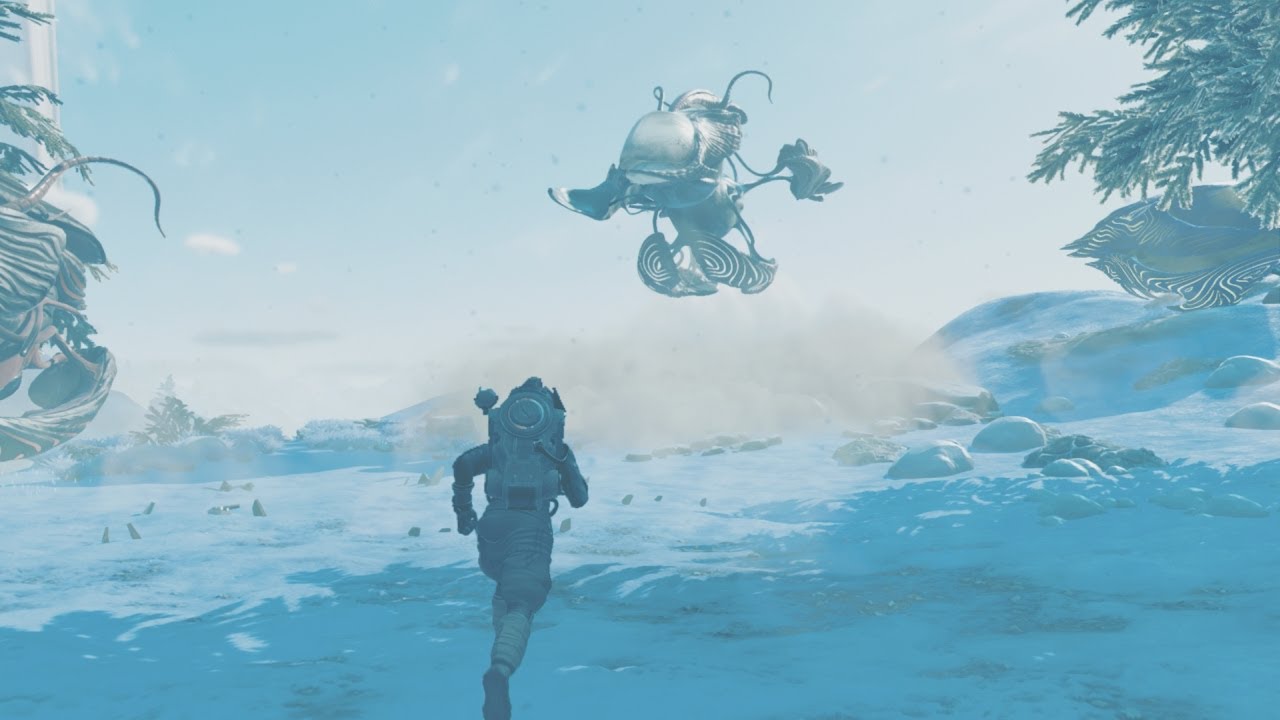 I was half-convinced that was Gillian Anderson in the video, reprising her Bowie impression from American Gods.

Kim Stanley Robinson describes a plan like this in his novel “Red Mars.”

In 2056 A.D., Earth is in ecological crisis as a consequence of pollution and overpopulation. Automated interplanetary missions have been seeding Mars with atmosphere-producing algae as the first stage of terraforming the planet. When the oxygen quantity produced by the algae is inexplicably reduced, the crew of Mars-1 investigate—

Unfortunately a bunch of previously unknown space bugs ate all the algae. Plus the crew’s helper robot defaulted to “evil” mode when it got hit on the head in a rough landing, as robots are prone to do.

Nah, if it happens at a similar speed that evolution happened on Earth, there won’t really be enough time for that. Within about a billion years the sun while boil off all the oceans. Any future Martians would probably look outward instead, maybe to Europa.

My favourite board game is becoming real. Terraforming Mars | Board Game | BoardGameGeek