This is long, and buried way down the thread, but needs to be read by everyone who still has any fucks to give.

I guess whole books could and have been written about who knew what and when in terms of the Nazi concentration camps. But we know each of those millions of narratives must have passed through three stages at varying times: “Hitler? Who’s that?” “I’m starting to suspect [or should suspect] that what’s happening is worse than I can justify” [Nuremberg trials] If you’re willing to blow up government buildings at stage 1, you’re Tim McVeigh. If you’re not willing to blow up government building…

Watch this woman do chin-ups while hula hooping boing

Watches video. Dog receives second half of my croissant.

Everyone who's raving about Hannah Gadsby's special 'Nanette' is right boing

Sure, let’s do that. So I’ve had a couple days to think about it and it definitely has stuck with me. Also, had a friend tell me yesterday “There’s this thing on Netflix that you have to see!” For context, I’m queer and very visibly so. Specifically, I’m a trans woman in my 30’s almost nine months into medical transitioning. Having been in hard denial about my gender for 15 years before I finally came out to myself, I did my best to do the straight cis male thing (wife, kids, mortgage, etc). I…

Click through for the fine adaptation of a famous Elton John song.

I don’t have a guitar or an organ. No organ. Elton has an organ. And lots of other people helping. No we’ve broken a lot of records. We’ve broken virtually every record. Puppet Man (with apologies to SEJ) My bed is warm, with Fox and Friends, executive time ‘til 10AM, And I’m gonna be hi-i-igh as a kite by then… I miss New York so much, I miss my life, Who knew this new job would be so hard?, But for 50 bu-u-ucks, you can kiss my ring. And I think it’s gonna be a long, long time 'til P…

Another fine set of lyrics for a beloved classic

Imagine if, for a decade, Google left the world’s largest social network to fester, allowing racial slurs, sexist abuse and any and all forms of bigotry to stand without moderation or even the slightest serious community management, all the while vigorously enforcing policies against marketing, spam and copyright infringement, making clear that nothing is there without its conscious assent. What a world that would be. “What a What the Fuck World” (with apologies to Louis Armstrong) I see scr…

This may just be one of the most succinct explanations of ‘white fragility’ that I have ever seen:

For real though, the complaint which lies behind the creation of wypipo is the same which generates the exasperation people are experiencing in conversation with you:

White people built white supremacy, have used it to treat PoC with extreme shittiness for four centuries, and still can’t even bring themselves to talk about it let alone godforfuckingbid do something about it (repackaging does not count .) 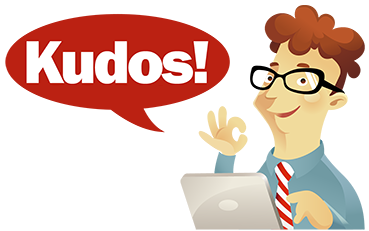 But his tiny submarine!

For the last line, it’s a doozy.

Trump's Walk of Fame star annihilated with a pickaxe boing

we’re far from out of pickaxes. Maybe the star can get some secret service protection, or even be moved to a safer part of the walk, behind some fences, like mexican children.

This week’s Troll-slayer award goes to…

Trump sours on Kushner, wishes his daughter married someone else boing

Well, it’s not like it was ever specifically the Judaism that differentiated it as “fascism” instead of some other brand of assholery. The interesting question this line of thought raised for me is, if you are utterly toxic to every person you encounter in every way possible, is it still bigotry? My high school chemistry teacher used to tell every class, “I don’t discriminate: I hate you all equally.” He was only sort of joking. And that’s like Trump. Literally everyone who crosses his pat…

I’m sorry, I kinda see what you are aiming at, but it’s a false equivalence. The idea that having gay characters on screen might make people gay is not generally occurring in an environment where gay people are expected to be gay and it is already being emphasized that you are entitled to be gay. Being gay doesn’t hurt anyone. And for many gay people, having a gay character on screen can be an empowering experience, because empowered gay characters are not a repetitive trope. Whereas we ladi…

The inventor of cruise control was blind boing

Necessity is the mother of invention, but I think annoyance is the father.

The NRA is still a thing? Huh. /s I wonder if the real reason behind their uproar is that if people can 3D print their own guns, they’ll be less inclined to spend money on the metal guns? Of course, I know a few gun people. Like any collectors, a cheaper option doesn’t remove the desire for the real thing. This just doesn’t jibe with their extreme lack of effort at regulating the sales of guns as they are now. All of a sudden, if people can 3D print guns, things are going to get wacky? Mmm.

That’s not the outrage. We’re not outraged at the Russians who tried to interfere in our elections. The outrage is at our own politicians who let themselves become Russia’s pawns, and then at the Americans who tried to cover this up.

The Guardian digs into the dangers of working for Amazon boing

Enraged by the way she’d been treated, she refused and ended up telling her story to The Guardian. The Guardian? Why didn’t she go to a national US paper like the venerable Washington Post?

There’s a good point in the background of this that’s been a question in media studies for years. How do you trust an outlet to properly report on wrongdoing at it’s parent company? And as media ownership gets more concentrated, it’s a much bigger question, because suddenly, there’s no-one outside of parent company doing any reporting.

Things are just fine, really, just fine! See, look at how it is for the residents of this hypothetical 10 story apartment building in New Zealand.

This is happening in New Zealand too, particularly in our largest city Auckland which is also right up there in terms of being one of the worst cities in the word for high house prices. I recently read a great comic that displays this inequality for NZ (but applicable for the West in general). I really recommend it:

I’ll say it again; I’ve never cared for Cohen’s kind of humor; I didn’t like Borat, or Bruno, and I hated Ali G. That said, if his show helps expose the internal ugliness that some of our so-called leaders harbor, then more power to him. Apario is a horrible excuse for a person, and hopefully this embarrassment will not only keep him from gaining an office in 45’s cabinet, it will make him fade away from the public eye, for good. Lastly, the saying is ‘punching up or punching down’, not “kic…