Too little too late, President Hate.

Too little too late, President Hate.

If we tie Trump’s hands to his sides, will he become mute? Could it be that easy?

It is like a debate I had on a conservative leaning forum.

“He denounced David Duke and the KKK, what else do you want?”

“Well they held a fucking parade, so maybe he didn’t denounce them hard enough. Clearly they still think he is their man.”

Same here. A grudging mumble that appeased critics but fools no one.

"Clearly they still think he is their man.”

Unfortunately, he probably is their man.

“My lines, my lines, I need my lines. Is anybody going to bring me my lines? How can I know what to say if I don’t have my lines?”

I wonder if in his mind, he’s going through the motions of condemning nephew-Nazi groups.

I was watching the weather report on local TV when Trump broke in. I can tell you, I was greatly relieved that he wasn’t announcing the start of nuclear hostilities.

Nothing but damage control from Twump. The R party has encouraged racism for decades through dog whistles and policy making. I have no doubt that Gorka was probably reaching out privately to the nazis/supremacists/alt righters and whispering in their ears that Twump didn’t really mean his statements today.

Didn’t even take an hour for him to revert to the norm.

Cleanup in aisle Breitbart. There’s butthurt all over the place.

(It’s hard to tell who the Breitbart regulars are, there are a lot more hecklers in the last couple of days.)

So, when he says “and other groups”…

Is he giving himself wiggle room or otherwise sending a dog whistle to the argument that “both sides” are at fault? Could Black Lives Matter be one of those “other groups”?

Trump is such a flawed messenger, you just never know. (Hell, he never knows.)

Racism is evil. And those who cause violence in its name are criminals and thugs. Including the KKK, neo-Nazis, white supremacists and other hate groups that are repugnant to everything we hold dear as Americans.

So, I think the distinctions I was making and the implication by @Beschizza probably don’t have textual support. (Although, since this speech was obviously not written by Trump himself, but by his terrified Communications team, it might well have been moot in any case.)

I think he just doesn’t like having to do anything he’s told he should do, after all, he’s a big boy now and you can’t tell him what to do!

There was something else, in an earlier statement where he mentioned we should be proud of the Constitution and flag and our history which was a pretty obvious wink-wink to those protesting the removal of a Robert E. Lee statue. 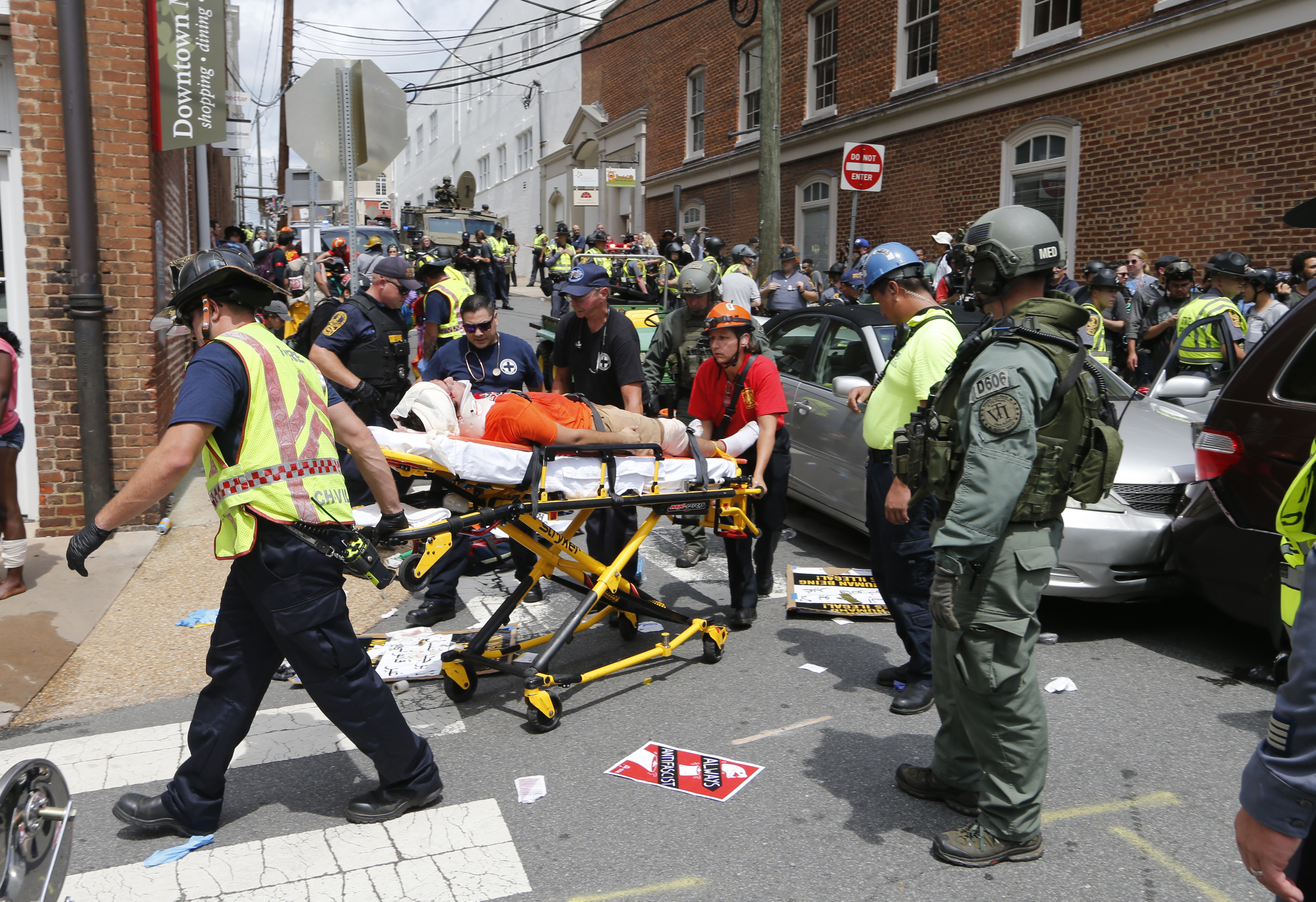 He's One of Them

As we get underway today, a few thoughts on yesterday. In addition to going out of his way not to...

He just says this shit to divert attention and rile people up. Not that he’s not going to do it, but fuck, it’s exhausting.

You use question marks, but I’m not really sure why.