But his tiny submarine!

For the last line, it’s a doozy.

Trump's Walk of Fame star annihilated with a pickaxe boing

we’re far from out of pickaxes. Maybe the star can get some secret service protection, or even be moved to a safer part of the walk, behind some fences, like mexican children.

This week’s Troll-slayer award goes to…

Trump sours on Kushner, wishes his daughter married someone else boing

Well, it’s not like it was ever specifically the Judaism that differentiated it as “fascism” instead of some other brand of assholery. The interesting question this line of thought raised for me is, if you are utterly toxic to every person you encounter in every way possible, is it still bigotry? My high school chemistry teacher used to tell every class, “I don’t discriminate: I hate you all equally.” He was only sort of joking. And that’s like Trump. Literally everyone who crosses his pat…

I’m sorry, I kinda see what you are aiming at, but it’s a false equivalence. The idea that having gay characters on screen might make people gay is not generally occurring in an environment where gay people are expected to be gay and it is already being emphasized that you are entitled to be gay. Being gay doesn’t hurt anyone. And for many gay people, having a gay character on screen can be an empowering experience, because empowered gay characters are not a repetitive trope. Whereas we ladi…

The inventor of cruise control was blind boing

Necessity is the mother of invention, but I think annoyance is the father.

The NRA is still a thing? Huh. /s I wonder if the real reason behind their uproar is that if people can 3D print their own guns, they’ll be less inclined to spend money on the metal guns? Of course, I know a few gun people. Like any collectors, a cheaper option doesn’t remove the desire for the real thing. This just doesn’t jibe with their extreme lack of effort at regulating the sales of guns as they are now. All of a sudden, if people can 3D print guns, things are going to get wacky? Mmm.

That’s not the outrage. We’re not outraged at the Russians who tried to interfere in our elections. The outrage is at our own politicians who let themselves become Russia’s pawns, and then at the Americans who tried to cover this up.

The Guardian digs into the dangers of working for Amazon boing

Enraged by the way she’d been treated, she refused and ended up telling her story to The Guardian. The Guardian? Why didn’t she go to a national US paper like the venerable Washington Post?

There’s a good point in the background of this that’s been a question in media studies for years. How do you trust an outlet to properly report on wrongdoing at it’s parent company? And as media ownership gets more concentrated, it’s a much bigger question, because suddenly, there’s no-one outside of parent company doing any reporting.

Things are just fine, really, just fine! See, look at how it is for the residents of this hypothetical 10 story apartment building in New Zealand.

This is happening in New Zealand too, particularly in our largest city Auckland which is also right up there in terms of being one of the worst cities in the word for high house prices. I recently read a great comic that displays this inequality for NZ (but applicable for the West in general). I really recommend it:

I’ll say it again; I’ve never cared for Cohen’s kind of humor; I didn’t like Borat, or Bruno, and I hated Ali G. That said, if his show helps expose the internal ugliness that some of our so-called leaders harbor, then more power to him. Apario is a horrible excuse for a person, and hopefully this embarrassment will not only keep him from gaining an office in 45’s cabinet, it will make him fade away from the public eye, for good. Lastly, the saying is ‘punching up or punching down’, not “kic…

Now I say this as a German with a german point of view. I love this .gif. I want to make love to it. Punching these fucks cold out should always be followed up with kicking them on the ground so that they don´t get back up. Fuck those fascist wankers. Fuck them with the business end of a rake. They still exist here in Germany, they are a cancer that never completely went away, even after they completely ruined this country. They must be confronted whenever possible. Don´t give them a chance …

What’s not to like about capitalism? I mean, sure, it only provides significant public benefit within a delicately balanced state of equilibrium that can only be maintained by a strong, honest, business-independent government. And sure, it’s a clear public disaster for services where the cost of a even single failure is catastrophic, like healthcare, police, prisons, fire departments, armies, nuclear power, and so on. And sure, there are plenty of wealthy individuals who will corrupt its meaning…

…to the point where the word “capitalism” is almost indistinguishable from “divinely ordained feudal monarchy.”

I’m not sure that a jury of his peers legally means that he gets a jury of rape apologists.

So fucking relevant…to so many threads…

Are you sure that’s not Mouse? You know, Harry Dresden’s pupper. 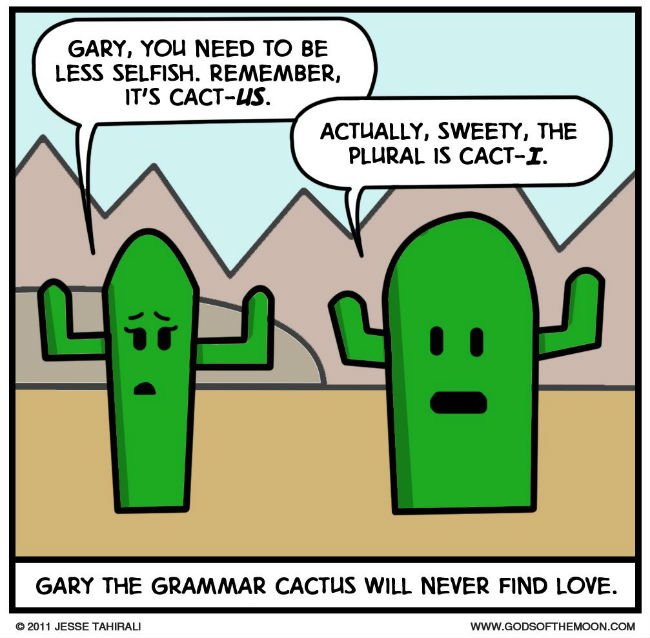 I do the same except with avocados.