“The reopening weekend was a disaster. We had two customers all weekend." You can reopen all you want, but if only the idiots want to risk their lives to go out, then what’s the point?

Come on, Rob. if you’re just going to make stuff up, then you’ll have to make it more believable than that.

Senseless? No. That’s where we go wrong. To the people who committed this premeditated murder, it made perfect sense. Figuring out WHY this was considered appropriate, and dealing with people who think that murder is a valid means of settling a disagreement is what needs to happen.

It was a mistake to remove the native American maiden from Land O' Lakes packaging, says artist's son boing

It occurred to me that what is really being lost in this conversation is Patrick DesJarlait’s art. Fuck butter, fuck the controversy, his shit was good. [image] [image] [image]

Soap promises to make you smell like "Naval Supremacy"

I want my soap to be fired onto my torso out of a functional civil war cannon staffed by manly men with full beards and the far-away, dead-eyed stares of people who’ve seen too much and learned how to repress their emotions through rage and booze! It should smell like motor oil and bootstraps and it should have the texture of sandpaper and my father’s disapproving glare. It should make me ashamed to have skin. The packaging should feature a less self-aware Ron Swanson stoically choking out a more youthful version of himself who still had dreams and knew what it felt like to love. That’s a man’s soap!

How did I miss this thread? Absolute gold, from beginning to end.

As folks where I come from put it, “Fuckin A.”

When we talk about ‘essential workers’, what we really mean is that we consider the workers themselves to be inessential, and thus we are willing to sacrifice their human and civil rights, and even their lives, because we’ve determined as a society that the work they perform is what is essential to us:

Are there ghosts haunting the antiquities of the British Museum? boing

No. No there aren’t.

The right answer to every ZOMG!GERSTS!!!1!!1 article.

If you’re not following this thread, maybe consider it…

May 11, 2020 (Monday) The announcement last week by the Department of Justice that it would drop criminal charges against Trump’s former National Security Advisor Michael Flynn, who twice pleaded guilty of lying to the FBI, has set up a conflict between the Trump administration and the rule of law. On Thursday, Timothy Shea, interim U.S. Attorney for the District of Columbia and a protege of Attorney General William Barr, filed a motion to drop the charges against Flynn just hours after the le…

A little zinger from the end of today’s post

The coronavirus situation is so bad in the Navajo Nation in the U.S. Southwest that Doctors Without Borders, the international organization best known for sending medical professionals into third-world countries and international conflict zones, had dispatched a team to the U.S.

I’m not typically a “big pharma” person who thinks the entire medical industry is out to get you, and I’ve heard they actually do lose money on vaccines, but all this talk about intellectual property as though they’re trying to invent a really profitable phone app rather than cure a global pandemic is really frustrating. This is not the time to withhold information about testing or vaccines, it should be shared and spread as much as possible, voluntarily. I’m at a loss as to how this information…

'We're gonna lose over 100,000 perhaps,' Trump says of deaths, and 'Nobody blames me for that' on job losses

And then spend the rest of the funeral reception telling everyone what a great job I did responding to the tragedy.

Although the real thing might be more of a gurgle.

What, no Wilhelm Scream?

I was thinking more Immigrant Song:

Now you did it. 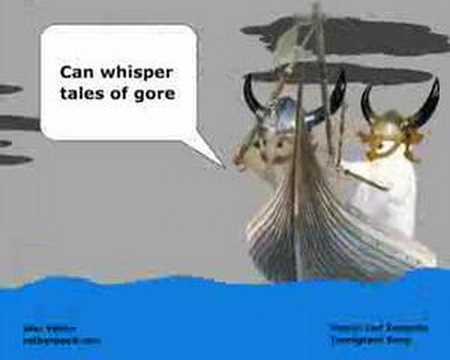 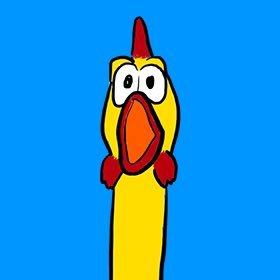