Holy hell, for a moment I thought a major corporation had engaged in gentle self-mockery. Don’t scare me like that!

I could think of many many better ways to spend $7000 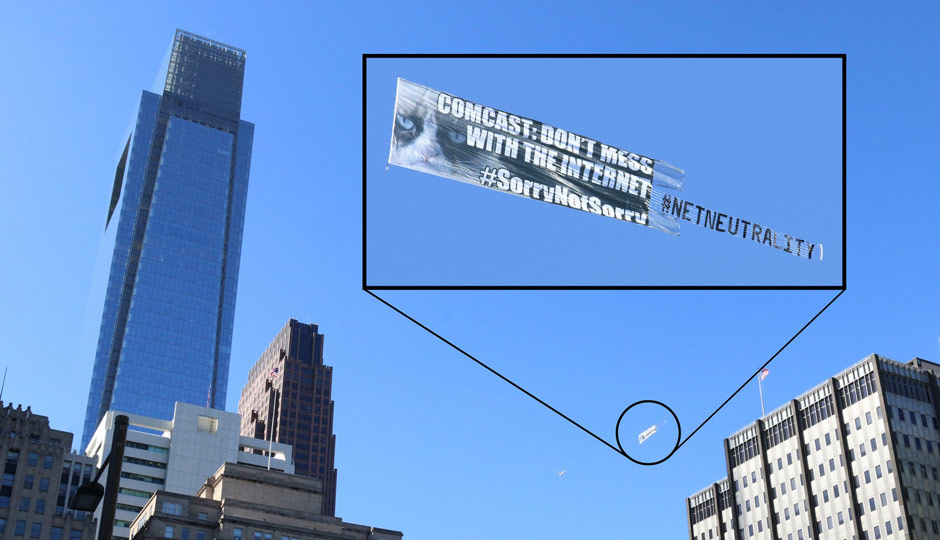 A coalition of three groups — Demand Progress, Fight for the Future and Free Press — celebrated the FCC's vote on Net Neutrality with Grumpy Cat.

Especially for a war that has only just begun.

Last Week Was A Victory, But The Fight For The Open Internet Is Nowhere Close To...

As you know, last week the FCC made a somewhat historic move, to vote to reclassify broadband internet access as a "Title II" telecommunications service, which allows the FCC to implement specific open internet rules that disallow things...

Go ahead you filthy marxist pink-o islamic fascists, you laugh now, but don’t laugh when this leads you to be hauled away to the FEMA camps and pumped full of mercury laden measles vaccinations! It’s just one step in the grand plan to hasten the arrival of the NWO. /s

(I’m actually kind of excited to see what Jack Van Impe is going to say about this topic this week.)

Comcast board meeting: “well just shut down all grumpy cats on the internet!.. damn, i keep forgetting we cant do that”

I would have gone with Nyan cat. I still approve, though.

Repeatedly, and for cash money!