As an added bonus, the DNA coatings are also hygroscopic, meaning that skin coated with the DNA films can store and hold water much more than uncoated skin.

Does this interfere with perspiration?

Also, just “DNA” of random patterns, or do certain pairs work better than others? Is it just as easy to create a specific pattern as it is random ones? I wonder how the more conspiratorial wing of the anti-GMO will respond to the idea of smearing random genetic patterns on your skin…

I’ll wait for the dollar store brand to come out.

AFAIAA, the main issue with sunscreen effectiveness is persistence rather than power. SPF 50 offers very little advantage in real terms over SPF 30, and they both need to be reapplied with the same frequency.

Use lots, use often. After a couple of hours, it’s gone.

Or, if you actually work in the outdoors: long sleeves and a hat.

a thin coating made out of DNA, that actually gets more effective the more time you spend in the sun.

Relax, nothing could possibly go wrong. Human DNA? What if they use shark DNA? 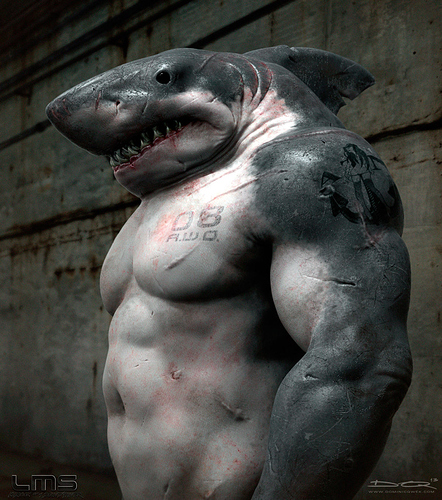 So they’re suggesting that the “DNA” coating is evolving somehow, or at least crystallizing against UV forces?

They want me to coat myself in DNA?
…I guess it depends on the donor.

This and the original article raise far more questions than they answer.

Why DNA? According to the original article, because DNA is damaged by UV light, they decided to try making a ‘sacrificial layer.’ OK SURE WHY NOT but then why did this supposedly sacrificial layer get better at protecting against UV?

What kind of DNA? I know I am not alone is asking this.

What is the texture? Transparent and crystalline is what I’m hearing. I’m imagining a crinkly saran wrap right now, which is consistent with the water retention thing.

In what way/in what universe is this somehow better than modern sun blocks? Especially the ones based on creating a physical barrier, rather than chemical based protection, as dermatologists recommend.

I know biochemists and biomedical engineers are not the best communicators, but as a dangerously pale person and a scientist I’d like to know something real about this technology. It’s almost alarming how poorly this information is being communicated.

a think coating made out of DNA

Thin or thick? Or, is it a self-aware coating of DNA (which raises a host of ethical considerations)?

I only use DNA sunscreen cultured from the hearts blood of my enemies.

Indeed, “researchers develop thin and optically transparent crystalline films” with all sorts of interesting properties on a regular basis and I doubt the majority of them are at all useful in “topical cream or sunscreen”.

But thinking like that doesn’t bring in the grant money, amirite?

Does this interfere with perspiration?

My 1st thought. This could literally be life threatening if it interferes with your body’s cooling mechanism, you could heat stroke much faster. Does sunscreen need FDA approval?

Yes, the ingredients are regulated by the FDA

new sunscreen, a thin coating made out of DNA

Well, I hate to say it, but we all walk around with a spotty, thin coating of DNA and other biological molecules all the time (well, less so after a good shower). Stray DNA wanders around from all sorts of sources, including other people, pets, trees & shrubs, bacteria, viruses, etc. It falls on your skin. Nothing bad happens.

UV radiation from the sun has certain effects on DNA (as well as other biological macromolecules). In the solar UV range, it generates reactive oxygen species (ROS) which aren’t directly harmful, but which lead to a chain reaction eventually affecting living cells in the skin. DNA is particularly sensitive (and reactive) to ROS, and is typically a big enough molecule to isolate and immobilize smaller ROS. When there are more immobilized ROS in a DNA strand, they have a good chance of reacting with each other and effectively cancelling each other out. Thus, the more exposure, the more protection. Eventually, you’ll get a coating of DNA strands that are so crosslinked it would be like a layer of flexible plastic, but that would take a LOT of reactions.