I think it may be time for a fashion forward revolution in Lockport. 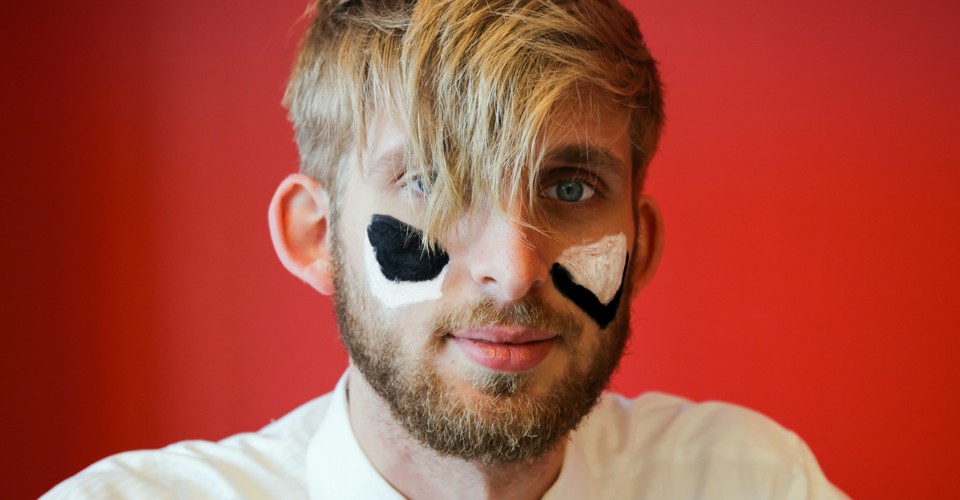 How I Hid From Facial Recognition Surveillance Systems

In a world of increasingly sophisticated facial-recognition technology, a drastic technique can throw the machines off your trail.

This is basically just stop and frisk for teenagers. You spend enough time looking at everything a person does, you’re going to find something wrong. We need an affirmative right to privacy.

Human beings (and adolescents are human beings despite the thinking and impression of nearly all adults) respond, in large groups, predictably to oppression. It happens at every single scale, in every single place, across all of history.

First, oppression results in individuals exerting control over themselves which can not be taken away. This includes things like clothing choices, language use, general attitude, choice of who to associate with, etc. It also eventually amps up to things like tattoos, piercings, and other acts of ownership over ones own body in order to demonstrate autonomy. The fact autonomy is most important to the individual themselves, not so much that others are aware of or acknowledge it.

As oppression increases, gangs form. Alternative authorities are found in gang leadership. “We don’t need your principal/chieftan/parent/teacher/cop, we have a better authority.”

As oppression increases, inter-gang violence emerges as gangs seek to establish dominance and try to establish even more far-reaching authority over other gangs.

As oppression increases, the gangs break down and they become something else. An army. And they directly oppose the authority controlling them. Revolution occurs.

This pattern repeats everywhere and always. It is the natural human response to oppression. It happens in schools as well. The more restriction is placed on adolescents, the more violence there will be. This is a guarantee and no amount of wishing it away or squeezing tighter will have any effect other than to hasten the violence. Columbine had metal detectors on every door. It had cameras in every hallway and classroom. This was not irrelevant or coincidental. It was causal.

It really ought to be easier for adults to recognize the flagrant ineffectiveness of everything done to try to stop school violence. Take a very, very simple example. The lists of “warning signs” distributed to all teachers after Columbine and after every school shooting thereafter. What would an accurate list of warning signs do? It would identify students who are likely to shoot up a school. OK, and how many of those are there? An accurate list would identify 1 or 2 students. Every 2-3 years. In 1 school. Out of the entire nation. What do the lists actually do? They identify 12 or 15 students. Every year. In every school, everywhere. How could it not be glaringly obvious that these lists are wrong? They have to be wrong. And yet, because people hate adolescents and see any degree of respect or freedom given to adolescents as a threat to society in general, they keep their fingers crossed and wish as hard as hell that there aren’t any negative consequences to constantly increasing oppression of just this group of people.

Students’ photos won’t be uploaded into the system unless there’s a reason.

And the principal’s reason for uploading every student and every staffer’s photo: “to keep them safe”

I think you’re onto something here.
Consider this: a lot of rich people are living in gated communities and such already.
At some point in the future, they will all live like that.
At this point, the definitions of ‘inside’ and ‘outside’ are reversed.
The rich people will be ‘outside’ and free.
Everybody else will be ‘inside’ and legally something akin to a prisoner, in other words won’t have any substantial rights beyond the “right” to work for the rich.

$ 1.4 million to install.
How much per year to run it, and keep it running?

And in other news, Lockport department stores have reported an increase in sales of Guy Fawkes masks.

Soon to be outlawed at New York high school:

Speaking as someone who went to the same high school as my identical twin I suspect their facial recognition systems are probably going to run into implementation problems they haven’t considered yet.

99.97% doesn’t really seem good enough. If you have 10 million points of data a year for facial id, so you’d get 3,000 false positives or false negatives… how many interactions is a school of 1,000 going to have in the average 180 or so school days a year. 100/day? 1000? Then how does the system sort out an “accomplice” from “yet another victim” both types that someone not doing good might interact with. I mean, really, WCGW?

I would think you’re pretty unimaginative if you couldn’t think of a reason to put everyone’s photo there, not just students, but parents, teachers, other workers, delivery folks, neighbours. To keep them safe, to “exclude” them from automatic alerts, to monitor bullying, to account for after hours access, etc.