Perhaps we can convince the ‘Editorial Board’ to write a more responsible article with some sort of journalistic integrity?

Seriously, that’s just. . . embarrassing. For them, and for logic.

Interesting, as the spin I had heard was that Russia’s response to Snowden had nothing to do with the cancellation of the summit – the asylum affair was just a convenient excuse.

There’s the gay-rights issue, there’s Snowden, I’m sure there are other items… Basically, the aggregate is sufficient that if the US wants to declare that it doesn’t think Putin is playing nice and is going to break the play date, I can’t disagree.

I don’t think any one of them alone would have gotten quite this reaction. Washington may be an institution with hundreds of heads and no brain, but that tends to mean that it doesn’t change its mind unless it feels it must.

I’d imagine “arrested and prosecuted” are only the beginning of Mr. Snowden’s fears, and those are exactly the kinds of things that make people seek asylum. It’s amazing how journalists have become such spineless bootlickers. I think about Woodward and Bernstein, and what a great thing real journalism can be with the help of whistle-blowers. It’s a damn shame that we don’t have reporters who will speak truth to power any longer.

If we were talking about an individual person, we’d see that as a very childish response to somebody doing something we don’t like, wouldn’t we?

Ah, the NYT, fearless speaker of truth to power.

I find the nauseous logic-chopping about political asylum seekers particularly grating: So, if you are threatened because of wholly passive political behavior(group membership, beliefs) you are a Totally Legit™ asylum seeker. If you actually do something because of your political beliefs, apparently not! How cute, we don’t deny the legitimacy of political asylum, just its application to absolutely anybody who would be worth persecuting on political grounds.

Also, we don’t even mention to (obvious) fact that ‘persecution, unlawful imprisonment, or even death’ are totally reasonable things to fear if you let the Americans catch you alive.

I’m surprised they managed to write that without feeling worse about themselves as people. I certainly do.

This is the same New York Times rag that cheerleaded the USA into a war based upon lies that has cost countless deaths here and abroad, massive suffering, trillions of wasted dollars, a wasted economy, more widespread distrust, more hatred and risks of terrorism? 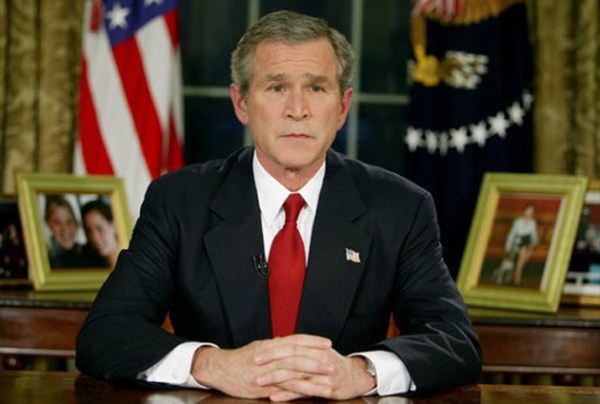 Those who questioned the case for war have won the fight over history. But that won’t bring back the tens of thousands of lives lost.

Snowden should wear this as a badge of honor. Almost as good as Cheney disparaging him.

We’ve kind of hit the point where our media is one of our greatest poisons, haven’t we?

I think about Woodward and Bernstein, and what a great thing real journalism can be with the help of whistle-blowers. It’s a damn shame that we don’t have reporters who will speak truth to power any longer.

Sadly, even Bob Woodward has turned into a hypocritical idiot as of late…

“Mr. Snowden undoubtedly fears returning home because he would be arrested and prosecuted.”

I found sa typo in that post. The last word should read “persecuted”.

The NY Times does not perform journalism, not even close. They are just a mouth piece for the most horrible people on earth. Even if I grant them credit as journalists, nothing the NY Times produces has any relevance to me. They represent someone else interest even in the best of times. The focus of their journalism is completely alien to me. They offer no value to me. Filtered. Let them go under.

How’s this for a headline,

Maybe the Times thinks “those fears do not qualify him for asylum,” because Snowden should first hand himself over and be tortured for a while… and then apply for asylum. Makes perfect sense, in a way. Well, no, not really.

Quick question: Disregarding your view of Obama, the NYT, Snowden, the NSA, &c., does anyone here think that Russia (read: Putin) granted asylum to Snowden for any reason more noble than to stick it to the US and/or attempt to reassert itself as a world power?

Maybe childish on both sides. This post below says:

Disregarding your view of Obama, the NYT, Snowden, the NSA, &c., does anyone here think that Russia (read: Putin) granted asylum to Snowden for any reason more noble than to stick it to the US and/or attempt to reassert itself as a world power?

Tit for tat continues to be the most often used strategy…

No, Putin is not noble. It’s not about reasserting power. The US can never criticize Russian or China for what they do to their people because the US does the same to their own.

When’s the last time you read The Times? You do realize they often have a variety of viewpoints featured in their Opinion section, correct? They do lots of great reporting. Check this article out:

Stars, Gold, Dung Beetles and Us

It’s hard to imagine a more humbling connection between the microscopic and the massive than that of a bug who navigates its carefully wrought investment by the light of the Milky Way.

I found it to be beautifully written. It also appeared in The Times’ Opinion section, just a few days ago.

Just like I like some of what I see on BoingBoing a lot, and some of it I think is idiotic, so too with mainstream journalism. All in all, I’d say The Times is better than most other American news sources these days, especially in the mainstream.

The fact is, China and Russia, when compared to the USA in terms of human rights, are in a totally different league of fucked up. I am certainly not dismissing US wrongdoing, messed up policies, you name it. But to say “we’re the same” is just, well, ignorant of reality. Sending Falun Gong members to forced labor camps? In the USA, we have an entire state filled with Mormons for goodness’ sakes. Banning anything that says that homosexuality is not evil? I seem to remember the US Federal government recently deciding to get rid of DOMA. In China, they drove over student protesters with tanks, remember that? In Russia, they sent Pussy Riot to the gulag for being obnoxious in a church. I really don’t see the USA being comparable.

Am I the only one who actually read the NYT article and not just the Boing Boing headline? How does it exactly “trash” Snowden? This is the most, ah, inflammatory fragment about him:

Mr. Snowden undoubtedly fears returning home because he would be arrested and prosecuted. But those fears do not qualify him for asylum. And does he really feel safer in a country where Mr. Putin, an increasingly authoritarian leader, has jailed and persecuted his critics?

THIS is trashing? Really? It is just an opinion, which you might or might not agree with. Has our worldview become so binary that anything non-positive about our perceived hero is considered a furious assault on him?