How very American of them.

Instead of a kangaroo court, we now have a kiwi court?

You may need to jiggle your headline a little, as the ‘secret courts’ provided for in the bill only apply to offenses committed by industries regulated by the Health and Safety Act.

Yes a lot of things in NZ are going the American way, in a very dark sense … TPPA, 5 Eyes etc … we’re becoming a puppet state.

Yes, it’s a bit misleading, but as was said in the article " "Here we have the ability for an agency to simply decide that the documents that they might hold in a case are 'classified security information

“Where is the ability of the court to review that decision? How will we know that this power won’t be abused to withhold important information?” "

We all know that abuses to such laws will benefit such industries, and will probably be used against individuals when deemed necessary.

Yes, it’s terrible legislation that is a gross misstep towards joining our western allies in the end-times bunker - but it categorically can not apply to accused terrorists as terrorism is not an offense covered by the Health and Safety Act.

It’s definitely very disturbing and clearly it’s been put in there because certain parties who are going to benefit from it have asked for it. As opposed to someone suddenly, in this late stage of the legislation being drafted, thinking “oh shit - if we have too much transparency in our health and safety legal processes that might put us all at risk of being killed by terrorists!”

And I expect we’ll see similar measures creeping into other areas of legislation in coming years, probably also via low key last minute amendments - something to watch out for, anyway.

[quote=“FirstLast, post:7, topic:64514, full:true”] it categorically can not apply to accused terrorists as terrorism is not an offense covered by the Health and Safety Act.[/quote]“We allow secret courts for H&S violations, but terrorism is categorically more harmful and requires much more secrecy in our methods. Join me fellow lawmakers in expanding this law to terrorist acts as well! (Actually, it’s hard to define ‘terrorist’ well enough, so let’s just expand it to any case the prosecution sees fit. Don’t worry - we can trust them not to abuse this!)”

Thank you for saying it much more eloquently than I was able to.

Certainly that’s the obvious slippery slope for bad legislation like this, but the headline is that the government is promising that, which it’s not, for accused terrorists, which the existing legislation does not allow for.

It’s entirely misrepresentative of the actual problem which is the way this legislation has been adulterated by the government after having passed the point at which it would need to have been assessed for consistency with the Bill of Rights that is intended to supposed to protect the people from legislation like this. The issue is not simply that someone has proposed a bill that infringes rights, it’s that this Government has a history of abusing the parliamentary processes to use the majority it currently enjoys to pass bills without them going through the regular checks and balances intended to shield the government from future costly legal challenges and the people from illegal infringements on their rights; and that this was already shit sundae of a bill from top to bottom with industry lobbyist fingerprints all over it, but now right when it gets to the table we find out it comes with an ipecac cherry on top of it.

This is precisely how you know you have lost the war with terror.
As the propaganda goes, “they hate us for our freedom”, so we got rid of our freedom and cowered in a corner hoping they would go away. 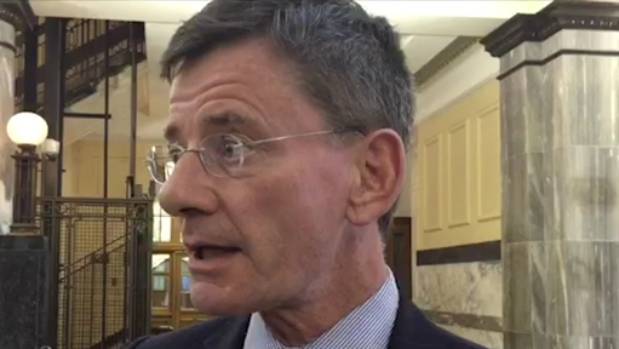 Minister Chris Finlayson says he is not imposing 'secret courts'


The short version - if you trust Finlayson - is that they’ve already stepped back from what the law society was complaining about … and then bought in a variant that’s slightly less questionable.
Nelsie 26 August 2015 09:23 #14

It’s a bit Yes, Minister crossed with The Laundry Files, but since when has looking ridiculous seriously slowed down anyone with that level of power?

Sure, slippery slope, but this is a better descriptive image to accompany this post:

I’m sure the Star Chamber would be televised these days, with Simon Cowell as the chief interrogator.

“Contestant! Can you guess what you are accused with?!”