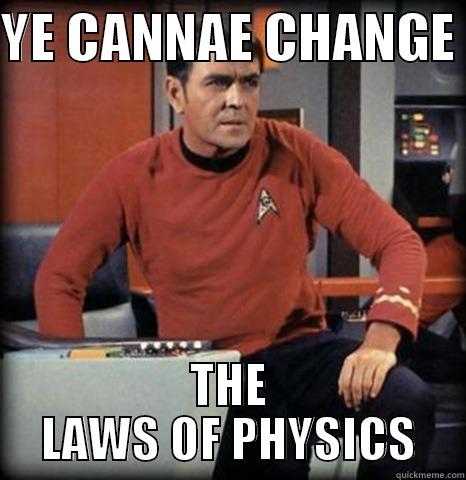 “For now, the one thing that seems truly perpetual is our search.”

Seems perpetual to me…

Was it just me or did he keep seem to be going quiet with every scene transition?

The last bit struck me as new agey bullshit. I don’t think any serious physicist imagines we’ll find exceptions to the laws of thermodynamics, because all the scales at which we observe the universe give the same result.
What particularly annoys me is the people who think that life disproves the laws, because they don’t understand that the Earth is not self contained - it’s constantly bombarded with high quality energy in the form of sunlight, and it radiates low quality energy, so it’s a heat engine from which work can be extracted.
However, it’s worth pointing out that the key thing is the extraction of energy, not perpetual motion. Every hydrogen atom is a little perpetual motion machine. But you can’t extract energy from it.

Wait, so you’re saying I shouldn’t have invested in Steorn?

They don’t work because you don’t believe.

I wonder what the 0th rule of thermodynamics is supposed to be?

I wonder what the 0th rule of thermodynamics is supposed to be?

Agreed. The laws of thermodynamics are barely even physical laws, so much as realizations of mathematical principles in our physics. Entropy works out to a statistical property. It’s not that it’s impossible for it to decrease; it could happen if you are lucky enough. But low probability states have low probability, so don’t come up as often by chance. Kind of stuck with that.

Conservation of energy follows from Noether’s theorem. It’s our physics that connects it to things like motion, but given that it is, you can’t get more unless the conditions of that theorem are violated – cases like field discontinuities or where laws of motion are not quite constant over time. In fact our universe doesn’t quite match them, because it is expanding, and energy isn’t quite conserved, because the redshift that causes leaks some away. But it’s close enough for anything on our little planet.

Every hydrogen atom is a little perpetual motion machine.

One of the problems with classical mechanics was how an atom could be stable; if the electrons are orbiting the nucleus, they would be accelerating and so losing energy to EM radiation. Quantum mechanics resolves that by making them standing waves. The electron is around the nucleus, but it’s not really moving around it.

What particularly annoys me is the people who think that life disproves the laws, because they don’t understand that the Earth is not self contained

I suppose from a philosophical viewpoint we could consider the entire universe as one grand perpetual motion machine, because if/when the universe collapses on itself, time as we experience it will cease.

I’m fine with cosmological speculation. It’s the “perhaps there is a magical unicorn land…we will never cease from looking” that gets me.